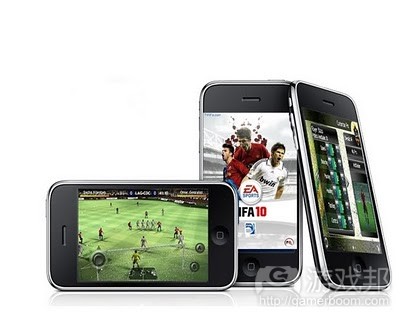 The video game industry is currently changing. As more and more people move to mobile platforms to stay connected, work, and play, the video game industry has to move in that direction as well. As the industry shifts, the core components that make up a great video game also shift. We are moving away from big blockbuster games with multi-million dollar budgets, cutting edge graphics that only a $500 video card can handle, and voiceovers, sound tracks, and story lines that would be fit for a Hollywood movie. For the first post on my new blog I want to talk about what I think are the 5 key components that make up any great video game on a mobile platform. These components are emotion, an objective, game play, an obstacle to overcome, and a sense of accomplishment. I will break down each of these elements and talk about why they are important.

Emotion: The game has to give the player an emotion while they play it. The word emotion is used loosely in this context. The emotion could be sad, funny, relaxing, tense, etc. These are traditional emotions that the player could experience while playing. It is important to make sure that unintentional negative emotions don’t come out during game play. For example, you don’t want the player to feel frustrated or angry while playing the game if that is not the intended emotion.  In the mobile games space emotion can also be a test of reflexes, or quick thinking, or critical thinking to solve puzzles. My definition of emotion in the context of games is: How does the player feel when they are playing the game so when they think about playing the game again they think about that emotion and say to themselves, “Oh yea, I want to play that,”. Most of the time mobile games are casual games that focus on game play more than emotion but even those games tend to have a relaxed, fun emotion that goes along with them. While most people think about mobile games as just a mindless time waster while they are riding the subway home from work, I can assure you that the designers of that game thought about how it would make the player feel and made sure that the game portrayed that emotion. At least that’s what the smart ones do.

Objective: What are you trying to accomplish in the game. The player needs a reason to play. Whether its angry birds and you need to kill those pigs, or its Bonsai Blast and the objective is to match up different colored spheres in different environments before they reach the end of the path. Every game has an objective. The objective could add to the overall fun factor of the game, or it could just be the end and how that objective is reached, the game play, is what makes the game fun.

Game Play: The game play is how the player achieves the objective and overcomes the obstacle. It could be launching birds from a slingshot to destroy the pigs, or it could be matching up identical blocks to form chains. The game play element is the most important part of the gaming experience because it’s the part that the user actually controls and interacts with. This is the most important thing in what makes the game fun. Mobile games should include simple and addictive game play. It should be self explanatory. If it isn’t self explanatory, the only required explanation should be able to fit on 1 mobile screen. Let’s face the facts, no one wants to be scrolling through pages of instructions on a tiny mobile phone screen to learn how to play your game. The user should be able to pick up how the game plays as they are playing. The 3 keys to keep in mind when thinking about game play are simple, fun, and addictive.

The Obstacle to Overcome: The obstacle to overcome is what stands in the way of the player achieving the objective. This is traditionally known as the “enemy”. Most traditional games have actual enemy characters that the player has to overcome in some fashion. For example, in the classic game Super Mario Bros. the obstacle is the unique baddies Mario faces on his journey to rescue the princess. However, the obstacle does not have to be a person. For example, in Angry Birds the obstacle is the structures built around the pigs. You have to destroy, work around, or manipulate the structures to get to the objective which is to kill the pigs. Mobile games have expanded the obstacle idea from what traditional games have made them. As Angry birds demonstrates the obstacle in a mobile game does not have to be so straight forward. It could be a race against time, it could be dodging falling objects, etc. The key is to make sure the obstacle is unique and entertaining.

Other Things to Consider: In addition to the 5 key components outlined above there are some other things to consider when designing a mobile game. First, no life system. Depending on the game, a life system or a “game over” might not be a good idea. Some mobile games are not good for the player to “lose.” Going back to the Angry Birds example, a player can fail a level as many times as they want in Angry Birds with no consequences, you wouldn’t want to put the player back all those levels for really no reason at all. Secondly, auto save is big in mobile games. Usually when someone stops playing a game on their phone it is abrupt and they don’t want to worry about saving or losing their current progress. Auto save should just be there, it shouldn’t even be an option, the ability for the player to pick up right where they left off is very important. Finally, having lots of levels like 100 or more or infinite levels if your game can be designed to have that. Players want a variety of levels and don’t want their favorite game to end. Having lots of levels adds depth and adds to the sense of accomplishment, which is one of the 5 key components.

Games are different in the mobile space. With less computing power, smaller screens, and touch screen controls the way games are played has changed and your design needs to change as well. We are no longer waiting for the mobile platform to take over gaming, it already has, and it’s here to stay. (Source: Carl Layton: My Web)