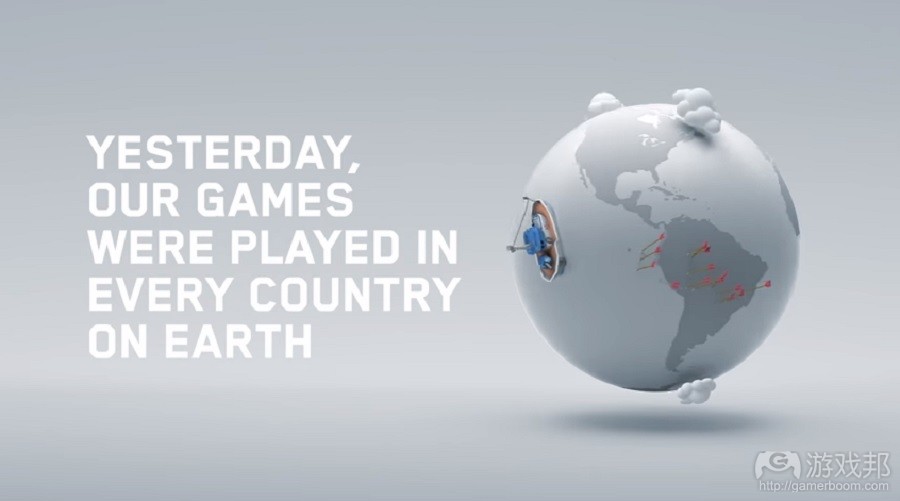 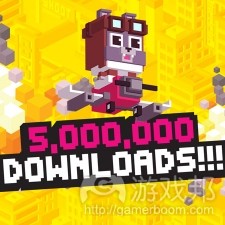 That is a huge accomplishment, considering the company has just 180 employees. Supercell has four releases on the top-grossing list of the highest-ranking 35 games, a rare feat that companies that are many times bigger are not able to accomplish in the $34 billion mobile games market, where millions of apps compete for consumer’s time and wallet.

“One-hundred million! It blows my mind to think of that many people playing our games all around the world, every single day,” Paananen wrote on Twitter. “I want to thank every single one of them: from Albania to Zimbabwe and everywhere else in between. Wish we had someone from Tuvalu.”

The latest hit that put the company over the top is Clash Royale, which reached No. 1 on the top downloads list and the top-grossing list on iOS in the U.S. shortly after it launched Thursday.

Supercell’s video also revealed that to get to four published games, it had to go through many ideas. In fact, the company has killed 14 games in a quest to keep the quality at the highest level.

“What’s next? Well, we founded Supercell with this idea of making it the best place for the best people to make the best games,” Paananen wrote. “A zero bureaucracy environment where people can just focus on creating great games. I feel that if we stay focused on this very idea, with some luck, even better games will follow over the years to come.”（source：venturebeat.com ）

2，Flash phenomenon turned mobile hit for Miniclip Agar.io has demonstrated its social reach with the news that’s its videos have breached 2 billion views on YouTube.

The list of those other games including 2 mobile-only franchises – in order of popularity is:

The company was formed by the pairing of Crossy Road developer Hipster Whale with entertainment industry veterans Ben Britten and Matt Ditton – which has resulted in Shooty Skies being known as Crossy Road meets a shoot-’em up.

And, as with Crossy Road, its downloads numbers continue to grow thanks to a strong update frequency, which is tied into the game’s range of playable characters.（source：pocketgamer.biz ）

App Annie’s list is based on revenue earned on the iOS App Store and Google Play worldwide throughout calendar 2015, so it will surprise nobody that Supercell (Finland) and King (UK) placed first and second respectively. However, they were the only two European companies inside the top 20, with the next highest being Gameloft at 24.

The United States produced the most companies on the list: 17 of the top 52 publishers, though only Machine Zone and Electronic Arts reached the top 10, and 11 of those remaining finished in the bottom half of the list.

Japan was the most lucrative country, with 16 companies overall and 11 of those in the top half of the list. China had nine companies, and there were a further three from South Korea, making East Asia the world’s leading region for mobile games.（source：gamesindustry.biz ）