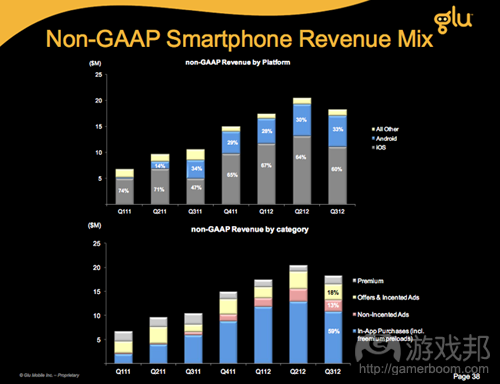 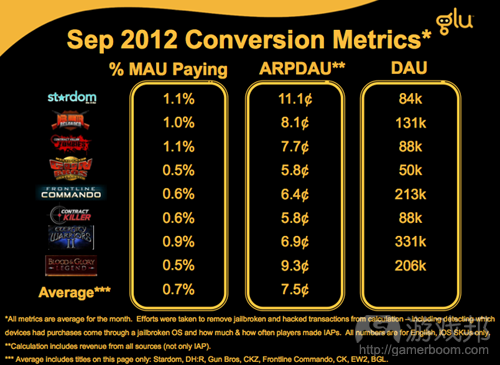 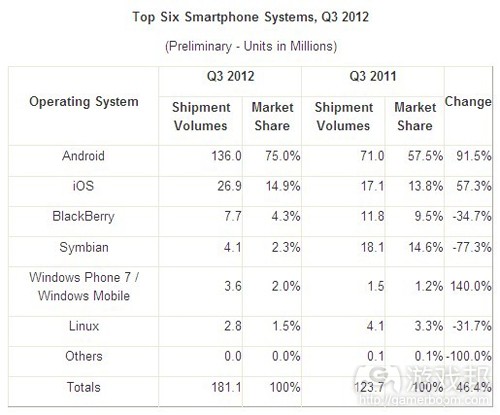 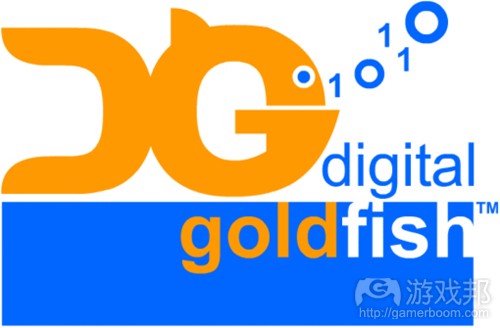 Overall, Glu’s total revenue for the third quarter was $21.3 million, up 26.3 percent year-over-year, but down from the $23.6 million the company earned last quarter. As a result, the company’s operating loss was $4.2 million — significant, but still down from Q2’s operating loss of $5.2 million. Under non-GAAP terms (generally accepted accounting principals), Glu’s net loss was $1.6 million for the quarter, which translated into a loss of $0.03 per share.

According to Glu CEO Niccolo de Masi, underperforming titles and reduced consumer and advertising demand in anticipation of the iPhone 5 launch were the main factors behind the company’s soft quarter.

“As expected, both consumer adoption of new hardware, and advertising demand, slowed over the summer in anticipation of new device launches,” he said in the company’s earnings statement.

“These industry headwinds, along with weaker-than-anticipated monetization from most new launches during the quarter, resulted in a sequential decline in smartphone revenue from Q2 2012.”

Although Glu launched 11 new freemium games during the period, the company only considers two of those titles: Blood and Glory: Legend and Eternity Warriors 2 as successes.

Once again Glu reported a slight increase in daily active users (DAU) across its catalogue of games, reporting an average of 3.8 million DAU for the quarter. Glu was also able to reverse two straight quarters of declining monthly active user (MAU) counts, reporting a 29.5 percent quarter-over-quarter increase in MAU to 37.6 million. However, the company’s retention (the percentage of MAU to DAU) declined to approximately 10 percent, due to unsuccessful titles.

Glu also revealed how much its individual smartphone titles earned on a non-GAAP basis during the quarter. The most lucrative title was Frontline Commando, which earned $2.6 million, followed by Eternity Warriors 2 at $2.0 million.

Looking forward to Q4, Glu is predicting its non-GAAP smartphone revenues will fall somewhere between $17.5 and $18.5 million, the same estimate it gave for Q3. For the full year, the company is now estimating total non-GAAP smartphone revenues will be between $73.6 and $74.6 million, down from Q3’s estimate of $81.9 and $83.9 million. Glu is still expecting to finish the year with $21.5 million of cash on hand.

The company’s stocks fell significantly on the report, dropping more than 19 percent to $2.61.（source：insidemobileapps）

Up eight percent since June, smartphone penetration has reached 51.0 percent, with 119.3 million U.S smartphones users, according to ComScore’s latest Mobile Subscriber Market Share report. From June to September 2012, ComScore reported that Apple’s market share among smartphone platforms had the largest lift at 1.9 percent to 34.3 percent. Android jumped by 0.9 percent to 52.5 percent.

Google’s Android operating system was found on three out of every four phones shipped during the third quarter.

Having topped 100 million units in Q2, Android has reached a new record level for a single quarter, with 181 million smartphones with the OS shipped.

IDC’s report reveals that iOS came in second with only 14.9 per cent of market share. This means Android outsold Apple’s operating system 5-to-1.

Ramon Llamas, research manager, mobile phones at IDC, said: “Android has been one of the primary growth engines of the smartphone market since it was launched in 2008.

“In every year since then, Android has effectively outpaced the market and taken market share from the competition. In addition, the combination of smartphone vendors, mobile operators, and end-users who have embraced Android has driven shipment volumes higher. Even today, more vendors are introducing their first Android-powered smartphones to market.”

According to IDC, Samsung devices such as the Galaxy S3 and Note 2, were the most popular Android products among users.（source：mobile-ent）

Back in June, The Burlingame, Calif.-based Tandem announced it had closed $32 million in funding for its mobile-exclusive accelerator. The service provides mobile startups with $200,000 in initial funding as well as assistance in business operations like strategy, product design and more.

Voice integration platform Appington is the most recent gaming investment for the incubator.

The 15-person studio from Dundee, Scotland has previously worked with Ninja Kiwi to build iOS versions of the Bloons franchise, and these mobile versions have seen over 8 million downloads in total to date.

This acquisition will see future mobile releases in the series published under the Ninja Kiwi label. Digital Goldfish co-founder Barry Petrie described the move as “a simple license deal developed into the perfect partnership.” （source：gamasutra）