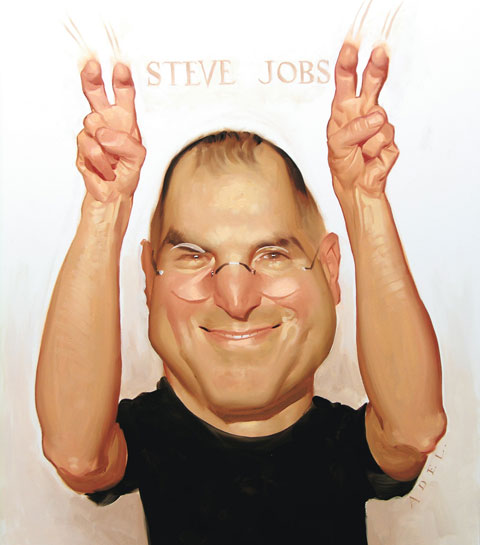 If Apple’s going to do anything with its giant wad of cash, it should NOT buy Electronic Arts, the videogame company.

Yet that’s the advice that CNBC’s Jim Goldman gave yesterday, in a post called “Apple Could, Should Buy Electronic Arts.” Why did he write that?

* Apple has a lot of cash.
* EA stock is down after terrible earnings.
* It’s cheaper than Activision.
* Apple could marry its iPhone OS and Apple TV, and bam! Apple could reinvent console gaming.

* Apple is, at its core, a very high-margin hardware maker. Even if it does something new in the living room that resembles a game console, it’s the hardware where Apple stands to make profits

– not selling apps. Apple repeatedly says that iTunes — including the iPhone/iPad App Store — is basically run on a breakeven basis to help sell more high-margin hardware.

* Apple’s app platform strategy is already working perfectly! It’s getting big companies like EA and Gameloft to make iPhone and iPad games for free! Actually, these companies are PAYING Apple — the 30% cut from app sales — for the privilege of developing and selling games for Apple gadgets. This is the same strategy Apple would want to take into the living room. Not a lower-margin, first-party app strategy. (EA lost almost $700 last fiscal year!)

* Sure, you could argue that first-party games (“Mario,” “Zelda,” etc.) help Nintendo’s systems, and that MAYBE that sort of exclusive stuff could help Apple. (Or that maybe it takes Steve Jobs’ genius to make games amazing — à la Pixar.) But Apple has already been down this path, and it chose the platform strategy instead. Recall that Apple built its own beautiful “Texas Hold’Em” game for the iPhone, fearing that no one would know how to make a beautiful iPhone game. But so many developers quickly made so many beautiful iPhone games that Apple has not had to make any iPhone games since then. Now it’s focusing on game technology, like in-app payments for virtual goods in iPhone OS 3, and a new social gaming framework for iPhone OS 4. That’s what Apple should be focusing on.

* Moreover the kinds of bloated games EA makes — like Madden, the Sims, etc. — are based on the last generation of gameplay, not the next generation. Even the iPhone games EA has made aren’t nearly as nice as many games designed for the iPhone from scratch. If there were EVER a reason for Apple to own its own game studio, it should at least be looking at the future of mainstream, casual gaming: Social, lightweight, touchscreen, accelerometer, etc. Better acquisition targets may include Ngmoco (makers of “Rolando,” “Eliminate,” “Touch Pets,” and a bunch of other awesome iPhone games), Firemint (makers of “Flight Control”), Zynga, etc.