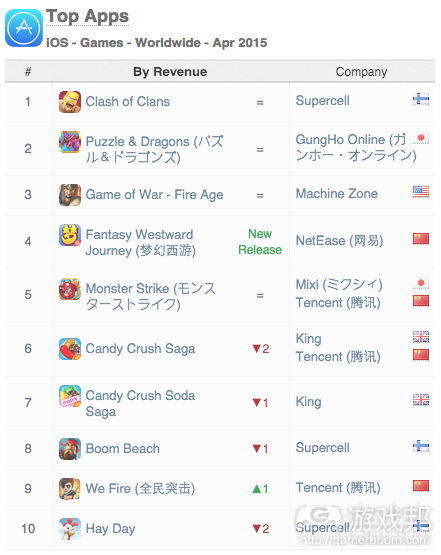 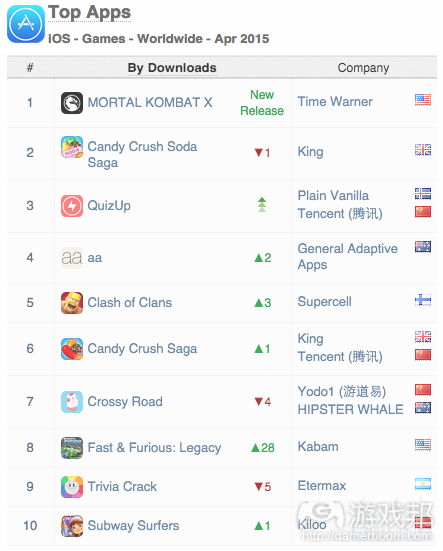 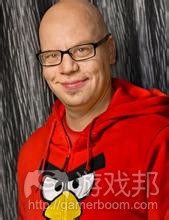 1）A Chinese secret: why mobile publishers are spending big bucks on their own in-app purchases

The Casual Games Association paid for Jeff Grubb’s trip to Casual Connect Asia, where he presented a lecture. Our coverage remains objective.

We’ve established over and over that China is an impenetrably confusing market for mobile developers, but nothing proves that like a practice known as “seeding.”

Android is the dominant platform in China, but Google Play doesn’t have a real presence in that market. This has forced developers and publishers who want to get games on the dozens of independent Android-based app stores to get creative with their marketing techniques. And seeding is one of those methods that many people do but few people talk about. But Calvin NG, the executive director of social-casino publisher 21Pink, revealed how it works during a presentation at Casual Connect Asia in Singapore this past week.

“Seeding is a secret in China, and many people don’t know this, and few people would ever present this publicly,” NG said during his lecture. “Seeding is when you launch a game, and you actually buy in-app purchases for it to pump up the revenue of your game. This is good if you don’t want to work with a publisher, or a publisher may do it for you if it has confidence in your game.”

NG gave an example where a developer in China decided to avoid working with publishers. Typically, going alone means a game will wither and die because publishers have all the connections with the various distribution channels. But NG’s friend had a plan, and he decided to just release his game on the iOS App Store as well as a single Android app market. And then he “seeded” the game on each by spending around 5 million Chinese yuan (around $800,000) on microtransactions in his own game.

That artificial influx of cash helped the game zoom to the top of the highest-grossing app charts. When the other distribution channels saw this, they all started chasing after the new game to get it on their stores as well.

“Seeding is definitely necessary,” NG told GamesBeat in an interview. “It’s important to keep your ranking in the app stores. Overseas, you only need to keep your download ranking, but in China, you have to worry about the revenue. Because Chinese app stores only care about money. When they see revenues, they want to know what they can do to support you more. If you’re not making money, then they are like ‘don’t talk to me.’”

So like the independent game looking to get on other stores, the app markets will also help advertise games that they see are making money. NG estimates that about eight out of 10 games that seed when they first release will begin organically making money after about two or three months.

But you have to wonder, how do the app stores not see that this money is coming all from the publisher.

“In China, publishers have their own download servers,” said NG. “So the app stores aren’t seeing the data.”

And while China is heavily regulated in other ways, NG says that seeding isn’t illegal.

“Seeding is OK,” he said. “You’re spending your own money. And the best part, if I seed 1 million RMB, I get back 60 percent of it.”（source：venturebeat）

Social poker game income is on the way down — and out of PCs, according to a new study by market analyst SuperData Research.

The firm estimates that total revenues are dropping, from $203 million in 2013 to $179 million estimated this year and to $156 million estimated in 2017. Much of that drop is due to the struggles of Zynga’s Poker app, which dominates the marketplace. Analysts believe that the segment’s revenues will become majority-mobile by 2018, SuperData representative Sam Barberie said.

“User numbers are dropping more sharply than revenue, as the market matures and fickle players fall by the wayside,” the Social Casino Metrics, May 2015 report said. “More casual poker players now gravitate toward poker games included in casino-style apps like DoubleDown Casino. … Changes in the overall social market are largely due to Zynga Poker’s fluctuating revenue and falling player base.”

That one game commanded 61 percent of the total social poker revenue market last year, the firm found, earning between $9 million and $13 million a month. But its users and spending have fluctuated wildly.

“Because of Zynga Poker’s overwhelming command over social poker, their performance has been reflected in the overall market,” said senior analyst Stephanie Lllamas. “Their poker game has largely been fueled by the volume of its users, since average spending is low for this type of game. So we are seeing casual poker players move on to casino-style apps causing a deflation in poker figures.”

Zynga Poker’s audience dropped 44 percent last year, ending at just under 20 million monthly active users, with revenues dropping more gently as some high-rollers stayed to play. While Poker had a minor rebound to just over 20 million players at the start of this year, the competing World Series of Poker app from Playtika/Caesars is still set to overtake Zynga Poker on mobile in 2015, the report said.

Zynga Poker has struggled since launching a massive revamp last year. Players eventually forced the publisher to bring back the old version of its poker game as a new “Classic” offering, and both the company’s chief executive and games studio head recently left the company.

SuperData suggested that building an all-in-one casino app would help Zynga win back that market.

“With Zynga Poker, the company can cater to the desires of poker enthusiasts who prefer the experience of a standalone poker app. Meanwhile, casual poker players are drawn to casino-style apps that include poker alongside other games like slots and blackjack,” the report said.

WSOP players doubled since a year ago, ending around 3.25 million this April, thanks in part to its well-known brand and its appeal to hardcore poker players, SuperData said. KamaGames is turning its Pokerist/Texas Poker app into a branded platform for other casinos and brands that want to get into the space. Its first game in that vein was Manchester United Social Poker, which released in February.

“Poker games require sophisticated artificial intelligence. This makes them more difficult to develop from the ground up than other casino game types like slots, giving publishers an opportunity to leverage their existing apps,” the report said. On the flip side, Llamas said, some really good poker apps have hit the market and failed because they lacked brand name recognition, so partnering can help.

“This was likely the impetus behind GSN’s acquisition of Idle Gaming, and this is the approach KamaGames has taken with Pokerist by teaming up with Manchester United,” she said.（source：venturebeat）

Former Zynga employee Mike Taramykin tells Re/code that roughly 38 of the 42 developers who lost their jobs when Zynga shuttered its Orlando studio earlier this month have gone on to join fantasy sports game company FanDuel.

While it’s common for local game studios to try and find homes for developers displaced due to layoffs, it’s rare to see a company hire nearly 40 people in one go and then open a new office to house them (FanDuel is based in New York City and Edinburgh, Scotland.)

FanDuel is best known for running premium daily fantasy games of popular American sports like football, baseball and basketball, which are much in line with the NFL Showdown football manager mobile game that Taramykin and his fellow Zynga Orlando employees were developing before they were laid off.

Taramykin told Re/code that he and his team aim to support FanDuel’s extant games as the company braces for its busiest time of year — American football season.（source：gamasutra）