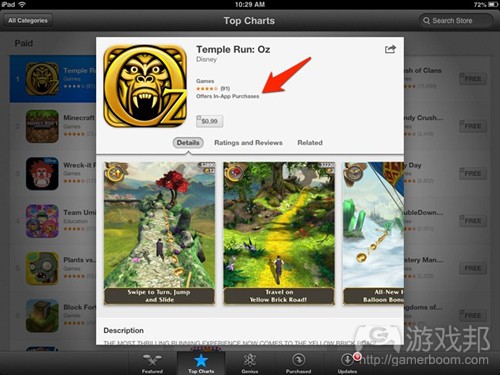 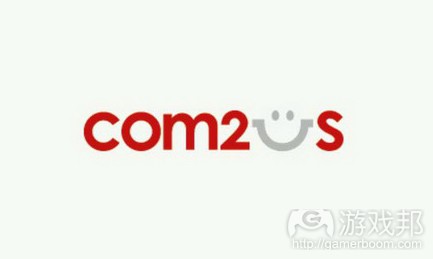 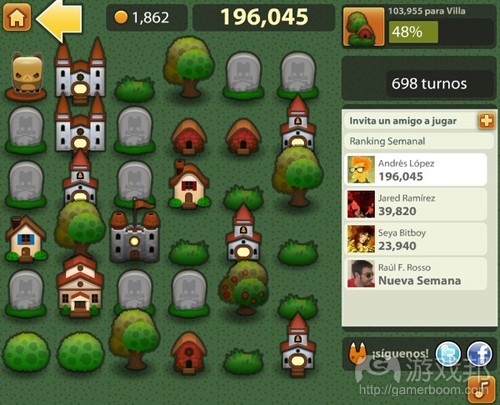 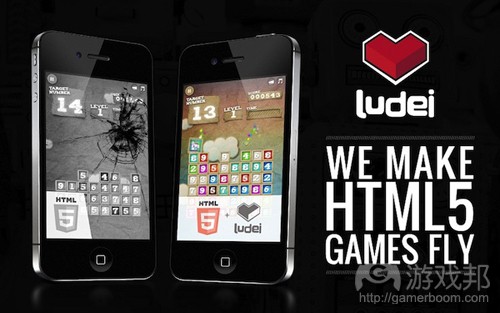 The warning is displayed alongside paid and free apps that contain in-app purchases. It is present on both the desktop and iOS version of the App Store and simply reads: “Offers In-App Purchases.”

This change follows hot on the heels of a settlement in the US courts that forced Apple to propose a refund system for in-app purchases. The scheme, if implemented, will compensate the parents of children who make in-app purchases of over $30 without acquiring consent.

Although in-app purchases certainly aren’t new, a flurry of mainstream media interest has put pressure on Apple to make changes.

Media reports have uncovered instances in which children racked up bills as high as £1,700 in games that their parents believed were completely free – prompting much debate over who should take responsibility for such cases. （source：pocketgamer）

Newsbrief: Warner Bros. Interactive has formed a new studio in San Francisco, which it says will focus on developing free-to-play mobile and browser-based games.

WB Games San Francisco will be led by Greg Ballard, Warner Bros.’s current senior vice president of digital games, and aims to take advantage of the social and mobile buzz in the Bay Area.

The new studio will also oversee publishing of all other mobile games developed by Warner Bros. Interactive, and will be located in the same offices as social movie website Flixster. （source：gamasutra）

3）Com2Us rides the Kakao mobile games wave and expands to the U.S.

Com2Us is one of those companies that doesn’t come to mind when you think about games. But the Korean mobile game company doubled its market value in 2012 to more than $500 million, and it’s successfully expanding into other markets, including the U.S.

In South Korea, Com2Us has hit celebrity status. Jiyoung Park [above], who cofounded the mobile game company while she was a student in college, is one of the best known female CEOs in

Korean history. And the company is starting to benefit from games that are available on fast-growing mobile messaging networks such as Kakao Talk in South Korea. Com2Us has five games on
Kakao, and they have become the company’s biggest titles. It also has two titles on Japan’s similar Line service.

“On our own platform, it took us five to six months to grow a game to 1 million daily active users,” Park said in an interview with GamesBeat. “On Kakao, it takes only two weeks to one month to get to a million users. The market is really changing.”

The top games on Kakao Talk (particularly on Android) are generating $1 million to $2 million a day in revenue, just in the Korean market alone, and that’s why 95 percent of the revenue on

Google Play in Korea now comes from games. Japan’s Line and China’s We Chat are also taking off. The question is whether this new craze for mobile games is limited to Asia, or it could
take off here too. If it does, then game developers will have a powerful way to get their games discovered. That’s a huge problem in an age of app stores with hundreds of thousands of
competing titles.

Park said that the growth of Kakao Talk reminds her of the growth of Cyworld, which preceded Facebook as a major social network. Such networks are a great way for game developers to get more users, as friend recommendations are trusted and a great way to spread word of mouth about a game. But Facebook discovered that users hate getting too much spam from games, and it moved to limit it on its platform. That slowed the growth of games, but it gave piece of mind to Facebook’s non-gamers. Kakao and Line may run into the same thing, but Kakao already limits the number of game invites.

Multiple game companies are benefiting from Kakao’s growth, which reaches about 50 million people. That’s not a huge number, but it is a very active market. In January, five Kakao titles
were in the top 10 revenue generators on Google Play, even though not all of those titles is ranked in the top 10 games in terms of downloads. The games are light, with a lot of gifting

that introduces new players to the games. The popularity of these games is making the cost of acquiring users lower. But the content is curated, so that it isn’t available to every game maker, Park said. In Japan, the market is dominated by “battle card” games, like GungH0 Entertainment’s Puzzle & Dragons. NHN’s Line dominates there, but DeNA and Gree are setting up competing services.

One of the keys to the growth is that the mobile messenger services access your contacts, which are people that you know. It contacts them without using expensive text messages. By contrast, the U.S. doesn’t have a dominant messenger service here. The closest equivalent might be logging into Facebook on your iPhone.

The mobile messenger games are the latest craze for Com2Us, but this company is not a flash in the pan. Park started the firm in 1998 (with college friends) in the days of WAP phones, and the company went public in 2007. It launched its first smartphone games in December, 2008. It has 500 employees, including six in the U.S. It has offices in Korea, Japan, and China. Com2Us has more than 60 games on the market, and it is launching a graphics-heavy golf game in the U.S. The games generate 35 million monthly active users for Com2Us, including three million subscribers.

Park realizes that the Korean market is small on the global stage. While Koreans spend money, they will hit limits at some point. So that’s why it is important for Com2Us to grow in the

U.S. market and figure out how to get people to behave the same way in the here.

“We want people to play more games in the U.S.,” said Don Lim, general manager for Com2Us in the U.S. “It is a crucial market here. The cultural backgrounds are different, but we will make games from the bottom up to be suitable for the market here.”

One of the keys is upping the quality on 3D graphics for recent titles on golf and snowboarding. That means it is taking more upfront investment to make games, but the titles are still making use of freemium models such as free-to-play with virtual goods sales. Right now, all game development takes place in Korea, but U.S.-born developers are making contributions to the
games. One of Com2Us’s tower defense games hit No. 2 for top-paid titles in the U.S. In the U.S., Park said her company will launch 20 games this year. Over time, Com2Us will publish more games made by other developers.

Overall, Park’s ambition is to make the company more relevant on the global stage of gaming.（source：venturebeat）

“That should have been our first red flag.”

Triple Town may have amassed a loyal and far-from-small following since launch, but according to Spry Fox, it isn’t the “massive, massive success” people frequently think it is.

The main reason? It’s not a multiplayer game.

That’s why, Edery revealed, that it’s unlikely Spry Fox will focus on developing a single player game in the near future.

Multiplayer, he claimed, is where it’s at if you’re looking to make money.

“A lot of people have made the assumption that Triple Town is some massive, massive success,” said Edery candidly.

“It’s not – it does okay. Our revenue rates tend to top out at $4-$6 per person. It does better on mobile than Facebook, but it’s not a massive hit.”

Edery claimed that it’s “so, so hard to make money from single player games”, with the studio “hitting a wall” every time it tried to add a feature to Triple Town that players would be willing to part with cash for.

“People zone out in single player games – why would they spend money to improve their performance? The joy of the game comes from doing better without spending money,” he added.

“The games people spend money in are multiplayer – people like to show off to their friends. We sell things in Triple Town that makes the game prettier, but who cares? No one else ever sees it.”

That’s not to say that Spry Fox hasn’t learned from its Triple Town experience, of course.

One important tip developers should take on board, Edery added, is not to get too wrapped up in using an in-house engine or spending time and money on things that will add polish later on.

A developer’s first priority, he said, should be ensuring that the core mechanic behind whatever game florishes works and is fun.

“Don’t spend too much on some flash tech that may pay off later on – your first priority is working out if the core mechanic works, so use something simple and easy like Unity just to get going,” he added.

“It doesn’t take using a hand crafted engine that took 10-12 months to make to create a game people love.”

Another tip? Try not to listen too much to what your customers say. Instead, focus on what they actually do.

“If you just react to what your players say all the time, you could get yourself in a lot of trouble,” said Edery.

“What they say is just what’s in their head at the time. However, users griping on forums is almost always a good signal – it almost always tells you something is wrong. But the solutions they come up with don’t tend to work.”

Besides, if you’ve got the core mechanic of the game right at the start, it’s far easier to right any wrongs later on.

“The hardest thing with F2P games is finding the one core mechanic that you can explore and make fresh for years on end,” added CCO Daniel Cook.

“What you need is a continent of play space. With one of our early prototype games, we made the mistake of playing around endlessly with tiny bit of land we’d made, and not exploring the wider continent of fun.”（source：pocketgamer）

Developers can use Ludei’s technology to deliver their 3D titles cross-platform to Google Play, the Apple App Store and more. Developers interested in using Ludei’s new 3D technology can
get started here.

Ludei is showing off its new product at GDC 2013 in San Francisco. We’ll have more on it on Wednesday when the show floor opens.

We last heard from Ludei when it announced the Ludei Cloud Compiler, which allows developers to build games and web apps as HTML5-based projects and then turn them into native apps that can be easily distributed to the Apple App Store and Google Play.（source：insidesocialgames）

After five months on the market, Microsoft’s Windows Store has surpassed 50,000 apps, according to MetroStore Scanner. The number of apps available is an indication of developer support, and it shows that the overall ecosystem is in a healthy state.

If you remember when the Apple iTunes App Store surpassed 50,000, the mark generated a lot of excitement about the platform’s viability. Now, iOS has more than 821,438 active apps available. Of course, it would be nice to know how many of the Microsoft apps have actual downloads. Apple’s downloads have surpassed 10 billion.

Still, Microsoft is on its way to offering a third viable choice to Apple and the Google Play store. The timing of the milestone is nice, as Microsoft will be among the many companies pitching 23,000 attendees at next week’s Game Developers Conference in San Francisco.（source：venturebeat）