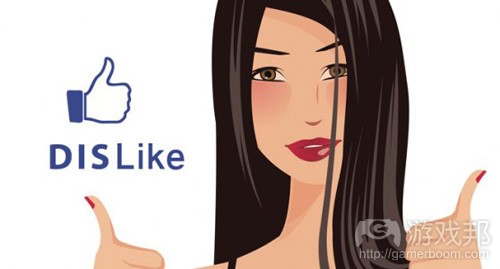 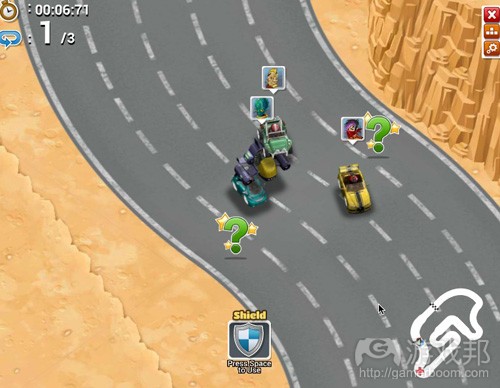 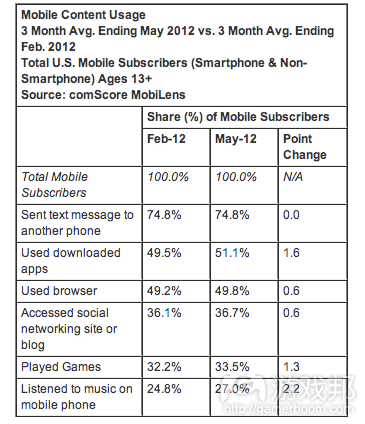 1）80% of advertisers: Facebook not as important as the rest of the web

Facebook better hurry up and re-send that friend request to GM. Other advertisers are starting to catch on that there’s more to the advertising world than the world’s largest social network.

In fact, according to a June study by 33Across, almost three quarters of advertisers said that “they focus 80% of their attention on the “Rest of Web,” not on Facebook. That’s a 23 percent jump from just three months ago, in March. Even worse for Facebook, five times as many advertisers as in March now said they were planning on “decreasing [their] Facebook spend.”

“What was particularly surprising to me was the dramatic shift in advertiser and agency attitudes towards Facebook after the IPO,” Allie Kline, chief marketing officer for 33Across said in a statement. “Facebook’s future greatly depends on advertiser spend — on both the web and mobile devices — and this survey indicates that they have some work to do to restore advertiser confidence in their Facebook investments.”

You can see the difference in the chart below. 33Across asked advertisers what gets more of their attention: Facebook or the rest of the web (ROW)?

In March, only 58 percent said that the rest of the web had most of their attention. But in June, that number jumps to 71 percent. Add that to the 11 percent who do a 40:60 split between Facebook ads and the rest of the web, and you’ve got a full 80% of advertisers who are looking mostly away from Facebook for the majority of their ad spend.

The study also showed that integrating a global picture of all advertising regardless of platform is critically important to marketers. As Facebook becomes a lower overall priority, it is treated less as a category to itself and more just as one more channel to market. Now advertisers want to integrate all the marketing data they are collecting and understand global return on investment.

Facebook is on the offensive, having released a report with ComScore in June on how to do social media marketing. And information released by eMarketer recently suggests that the Facebook advertising story is in fact better than has been reported. But overall, the post-IPO story has not been a particularly positive one for the world’s largest social network.（source:venturebeat）

2）Now you pay Facebook for Zynga VIP subscriptions in games

Remember when Facebook opted to make subscriptions in social games a thing? Well, now the company wants you to pay for those VIP services to Facebook directly, Mafia Wars Loot Lady reports. The Mafia Wars fan site noticed recently that Zynga is asking players to migrate their subscription information as the result of a “mandatory Facebook requirement.”

When Facebook formally launched its subscriptions feature, it also effectively did away with Credits at the same time. It’s interesting to see this change just as the company restructures its payment system. If Facebook takes a 30 percent cut of all transactions made in its games, then what benefit does the company have in directly handling the billing for VIP game services?

Unless Facebook plans to increase the cut it takes from these subscriptions or charge developers service fees for handling the cash flow, we can’t see why the company would be interested in such a move. MW Loot Lady is wary of whether Zynga will jack up its subscription prices to compensate for whatever price hikes happen on Facebook’s end.

To that end, MW Loot Lady makes a fine point in frustration: “This is another reason that Zynga needs to let us pay for these subscriptions with Game Cards!” Regardless of how you feel, this is likely something you will have to do across any Zynga game–or any Facebook game, for that matter–that you play if you want to continue reaping the benefits. So, check out the detailed guide (and complaint) right here.（source:games）

3）KartWorld: A fun but lonely kart racer on Facebook

It seems like kart racing games might be the new hotness on Facebook, as RockYou’s KartWorld has now joined the fray alongside Nexon’s KartRider Dash. However, where KartRider Dash placed its focus on real-time multiplayer against living opponents, KartWorld is more of a simulation along the same lines as Car Town, as you’ll run your own garage, tune up karts and then occasionally race them against opponents.

KartWorld comes with an integrated quest system, pushing your forward through specific tasks like refueling visiting cars, building new vehicle bays in your shop, visiting friends and even completing race challenges. These races require fuel to run, which recharges over time, or can be purchased with Kart Cash, the game’s premium currency. Once you’re ready to put the pedal to the metal, you’ll be able to simply drag your mouse, without clicking, around your screen to steer your karts; the farther away from the kart you hold your mouse, the faster the kart will drive (until it reaches its own maximum speed).

Automated races are those that take place against only AI controlled karts or ghosts, and they all work in mostly the same way. If you continually upgrade your own karts with new parts, or simply purchase better karts as you level up, you’ll usually be able to pull ahead of the pack on a straightaway, but may allow them to catch up when turning until you really get a feel for the controls. It’s not that this control setup is difficult to understand, but it is challenging to master, as you’ll need to find a balance between glancing at the mini-map to see upcoming turns and not accidentally taking too sharp of a turn around a corner, forcing you to lose precious speed.

It’s unfortunate that racing isn’t the entire focus of the game, as these instances are pretty fun once you get the hang of the controls, and it’s disappointing to have to return to the garage every few races to wait for your fuel to refill. Still, you’ll earn more profits by completing the game’s rather mundane odd jobs, which can in turn be spent on your karts, making racing even more fast-paced and fun.

Speaking of vehicle customization, there’s an interesting painting mechanic that allows you to actually “draw” your paint onto your vehicles, creating shapes or patterns that otherwise wouldn’t be available. You’ll have the entire spectrum of colors at your fingertips, so if you’re simply a car-customization junkie, there’s plenty of that here to go around. You can even jump into a real multiplayer race against other gamers if you want to show your creation off to the masses. Of course, you’ll need to actually find other people playing the game first.

If there’s anything wrong with KartWorld, it’s that it places too much focus on the garage jobs and not enough on the racing itself. With more focus on racing, perhaps more people would actually be available to find for multiplayer races, which would arguably make this one a big contender in the multiplayer Facebook game arena. As it stands, there’s definitely room to grow with KartWorld, and you might want to wait a bit before actually investing any major time with the game.（source:games）

comScore just released its latest monthly mobile numbers, which chart mobile phone usage for a three-month average period ending in May 2012. During this time, 234 million Americans age 13 and older used mobile devices, which is consistent with the company’s previous report from February. Samsung ranked as the top handset manufacturer overall with a 25.7% market share, and Android came out on top, too, with a 50.9% share versus Apple’s 31.9%.

Samsung’s position in terms of its share of mobile subscribers has barely changed since the last ranking in February of this year, the report found, up just 0.1 percentage points since then. Following Samsung were LG (19.1%), Apple (15.0%), Motorola (12.0%) and HTC (6.1%).

The firm again reported that Android was the most popular smartphone platform (50.9% share), which is up only slightly (0.8 points) over February. Apple saw a bigger gain – 1.7 percentage points – but accounted for a smaller market share at 30.2%. RIM is still hanging onto third place with a 11.4% share, but its numbers are dropping. RIM is down 2 percentage points in May, and was down 2.9 percentage points in the previous ranking. Microsoft (4.0% share) and Symbian (1.1%) rounded out the list.

comScore also looked into the usage of other functions on our phones not related to making calls. In May, 74.8% of U.S. mobile subscribers used text messaging, for example. Mobile application use climbed 1.6 percentage points to reach 51.1% of subscribers while web browsers were used by 49.8% of subscribers (up 0.6 points). That’s right – comScore found that more people are now using apps than web browsers. Last time the company reported these numbers, it found apps and browsers were neck-and-neck at 47.6% and 47.5%, respectively. But app usage had been growing – it had jumped 5.1 percentage points in December and jumped again this time.