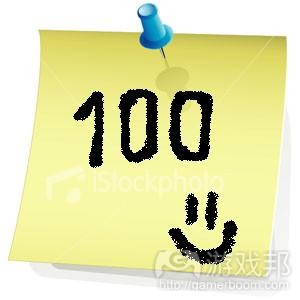 Opinion: The Time for 10s

This is how it is now. Review scores for games are clustering in the high eights and nines. The titles worthy of those scores are appearing more and more frequently as developers produce an ever higher calibre of electronic entertainment.

It’s true also that titles worthy of even higher scores are hitting the market more often. Thankfully, there are journos out there who are not afraid to give credit where credit’s due. If necessary, they will dole out delicious dollops of double digits. They’ll dig deep, take a sobering breath, and drop a 10 out of 10, if the situation calls for it. They do so knowing that a slew of criticism critics will prepare to feast.

I said I was thankful for that, right? Well, I really am. I might as well be up front with my opinion here: I believe whole heartedly that there’s a place for 10s in those wonderful 1-10 scales so many media outlets have. My argument is that despite what many fans (and, yeah, many journalists) think, giving a game 10 out of 10 is perfectly acceptable. Sometimes, in order to show one’s respect and delight, a 10 is the last piece of weaponry in the arsenal.

In a world where many consider that review scores are inflated, having the 10 as a kind of Holy Grail becomes very important. And alongside that, the willingness to sack up and use it is essential. No matter what the title, there will always be criticism that the game in question has been rated too highly. Indeed, 10s attract so many comments from readers that you almost have to measure them by volume. A lot of the time it’d be easier to have slapped a 9.5 on the thing and be done with it; but there’s a difference between those scores that sometimes deserves to be highlighted.

Along the entire spectrum, the comments tend to reflect a gaming populace that (at one end) recognises what game critics are trying to do when they bestow the hallowed 10/10, and (at the other) finish reading with a taste in their mouth like they have been steadily eating Turkish delight out of a used ashtray. I say “tend to” because this is based on what I have experienced and observed. Hard data is called hard data because it’s hard work putting it together, and I am only just now getting through season one of Game of Thrones, so it’s not like I have nothing else to do.

But tell me; is there anything angrier than a wronged fanboy? From the level of vitriol it’s like they’re boxing with the English language. They come out of their corners intending to wound.

All of that said, the conversation about scoring does help (regardless of how nasty the debate might get) to illustrate the point that videogame criticism is opinion based. If nothing else, this means that railing against a score you believe to be too high is, on its very best day, utterly pointless.

Of course, it’s not just the readers who have strong opinions: whenever two or more game journos gather, the conversation inevitably turns to scoring and the issue of giving out a 10. Even when people agree, they never agree entirely. It’s a bit like politics, actually.

For newcomers (aren’t you bored yet?) the debate has three levels:

2. If it does, does that mean it’s perfect? Does it mean a stark absence of flaws?

3. Are review scores, on the whole, inflated and therefore meaningless?

You hear stories about developers or the people distributing their wares phoning media outlets to express their distaste that some game has received a measly 6.5/10 – which has somehow come to mean don’t bother (an issue that has had itself plenty of op-ed time).

The counterpoint to that view goes something like: Eh? You’re moaning about 65%? When I got 65% in Theatrical Revolution: Drama from Realism to the Postmodern, I went out and celebrated so hard I puked into my own shoes outside a Burger King.

But whoops. Awkward. Now I’ve gone and suggested that the 1-10 rating system equates directly to percentages, and therefore a 10 must mean 100% and, as everyone knows, 100% is perfection. And nothing’s perfect. Pobody’s Nerfect, etc. That is mathematical.

This poses yet another problem, especially if you consider games that score 5 out of 10. If we’re taking a mathematical view of things (look, I didn’t even take real maths at school; I took the version for people who used protractors to mark their place in The Hobbit) then a 5 is 50%. It would mean that game is precisely as good as it isn’t. Half of it, you’d have to say, is worth playing. Half of it is not.

We all know that games are never this cut and dried, so isn’t it simply about a tipping point? If a game gets a 9.9, then could it not be being short changed? Isn’t that the reviewer smugly thumping the developer in the gut while he is trying to quaff his celebratory champagne? “Sorry, bub,” the reviewer must be saying, “but that bush really should have moved when my horse ran through it. You get 1% off! Your game is flawed. Suck it.”

I am not suggesting that every game that ever got a 9.9 deserved a 10, but you have to wonder whether a philosophical aversion to 10s might be responsible for some of those almost-nearly-but-not-quites. Speculation, of course. We are just keeping it friendly here. Spitballin’.

There has to continue to be a constructive debate about whether a 10 actually means perfect or whether it’s more, say, about a game that delivers on all of its promises. You know what that’s like sometimes: a veritable snowfall of lofty claims. But some games meet them, don’t they? They tick the boxes, and leave a gamer feeling… replete.

It could also be a game that has so few flaws that they are negligible – for the record, this is the view I hold personally. Or maybe a game that is as good as any game could be for that point in time. You know what? It might be all of the above.

It’s possible that there are journalists out there – pros and amateurs both – who are prepared to deliver a 10 one day, and so they’re mooning over their unused statement like it’s a dragon’s egg.

Every so often, while locked in to some new exemplar of perfected control mechanics or a gorgeous and shapely battle system they’ll cast their eyes to that magic spot on the wall above the TV where scores reveal themselves and ask that fateful question: is this the game?

More often than ever before, the answer will be yes.

Maybe that means we need new benchmarks. Maybe that means scoring needs to be looked at across the board. For now, though, perhaps just enjoy the fact that there are critics you can trust saying in as plain language as possible: play this game. (Source: IGN)