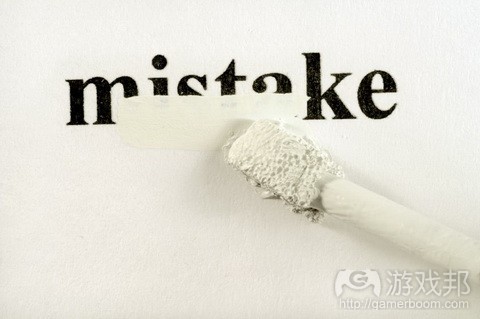 How You Can Learn From Our Mistakes

Game design is very new field of study here at Bradley University. This May will be the first year that anyone from here will be graduating with a specific degree in game design. As such, those of us who have anything formal to do with the game design program have a huge learning curve we get to try and deal with. Most of our practices are adopted from online sources/references. Outside of the classroom setting, such as in the schools Video Game Design Club, we’re forced to struggle along even more since we’re effectively acting as the foundations of the gamedev community here on campus. “But Rob”, I’m sure you’re saying by now, “what’s your point?” My point is, there are a lot of ways you can fail and I want to help you avoid our mistakes.

Step 1: Get an honest assessment of everyone’s skills and interests

This one seems like a no-brainer, but I bet you’d be surprised how many people lie about what they’re good at. I’ve noticed that people have this tendency to puff up what they’re skills are to make it seem like they’re better/more qualified than they really are. Thankfully this wasn’t a problem this semester in the Video Game Design Club (VGDC). Those of us who are upperclassmen knew at the first meeting that we were going to be spending a lot of time teaching underclassmen basic skillsets as there were about 15 of them and 6 of us.

When starting on a new project, it’s easy to let starry eyed idealism override reality. In the back of your mind you honestly believe that you can knock out the proof of concept out in two weeks and have the full game finished in a month and a half. Three months later you and your team are staring stupidly at each other and remarking how “time sure flew by” and how you wish you had something to show for the last three months.

Step 3: Find someone willing to act as a producer and keep you on task

When you’re not trying to make money and are little more than a hobbyist, it’s easy to get a little off task every once in awhile. That being said, when half your team has the attention span of a 5 year old who just drank a two liter of Coke it’s real easy to get a lot off task. There were more than a few times that myself and the other senior members of VGDC were ready to strangle the younger members at the end of the night.

Step 4: Keep in constant communication with the rest of your team

One of the problems that we created for ourselves was that there were 4 of us making all the high level decisions and we let everyone else more or less run around and do whatever they pleased. While us higher ups were debating on how we should organize our game’s code, the younger members were doing God only knows what. Never once did we really take an interest in what they wanted to do beyond “art” or “coding” and we never provided them with any firm direction of what they should be working on. We threw tutorials at them and told them to go have fun in the corner, the grownups were busy.

Step 5: Work with people you enjoy being around

I honestly think that part of the reason we began to ignore the younger members of the VGDC was because there were times when they were being an outright pain in the ass to work with. Now, I’d be willing to bet that part of the reason they were being pains in the ass was because we started to ignore them. When someone honestly doesn’t know what they’re supposed to be doing, you can’t get too mad when they sit there with a dumb look on their face when you ask why all they’re doing is watching meme videos on the internet. I think that if we had spent more time building a better rapport amongst the entire group, it would’ve gone a long way.

At the end of the day, it’s easy to look back and say, “If only I had done this”. The key is to not repeat your mistakes in the future, and actually recognize and act upon them if they start to resurface.（Source：altdevblogaday）