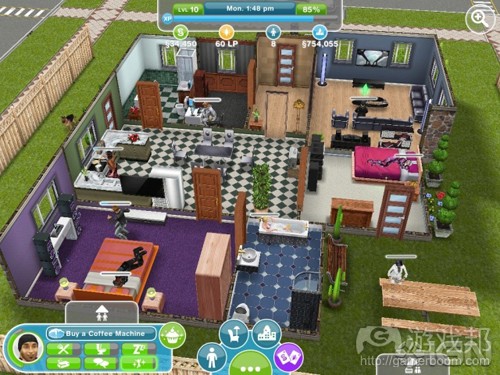 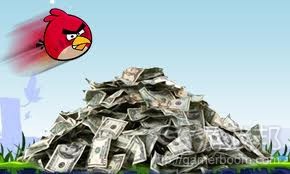 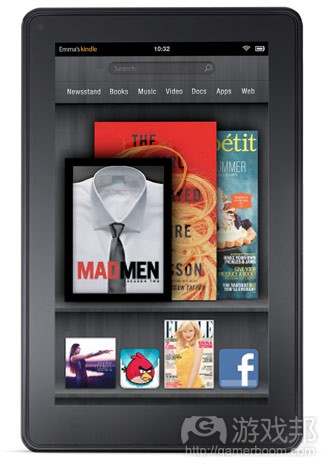 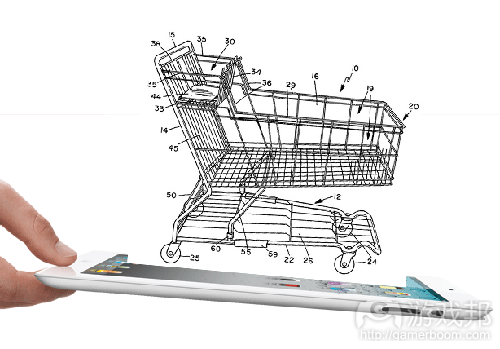 Are you ready to live two lives with no escape? Then step right into The Sims FreePlay. EA’s brand new Sims game for iPhone and iPad will live up to its title, taking a cue from the largely successful The Sims Social for Facebook. However, this game will operate differently than both traditional Sims games and its social counterpart in that it will operate on a 24-hour cycle.

According to PocketGamer, this will entice players to check out what their Sims are up to throughout the day, rather than play for extended sessions. Well, if you ask the 6 million daily The Sims Social players, that sounds more like the Facebook game than we thought. Of course, the game will be supported by microtransactions for things like furniture and in-game speed boosts. (This little factoid leads us to believe your progress in the game is limited somehow.)

But here’s where the differences begin: Players will be able to manage up to 16 Sims at a time. Better yet, you’ll also get to customize your Sims’ town with shops and parks–neither of which you can do in The Sims Social. Based on early screens, this version of The Sims looks more like its traditional counterparts than what’s on Facebook. In other words, it looks a helluva lot better. The Sims FreePlay hits iPhone and iPad next month, and we’ll be all over it like Sims on Simoleons.（source:games）

Zynga has acquired a lot of companies, bit it looks as though its two biggest attempts to purchase both Popcap and Angry Birds developer Rovio failed.

According to a report from the New York Times, Zynga attempted to acquire Popcap Games for $950 million. Instead, the Bejeweled developer became part of Electronic Arts for $750 million plus potential bonuses. Rovio, meanwhile, was reportedly offered $2.25 billion in cash and stock from Zynga, but turned down the deal.

The Times cites numerous sources that claim that the reason Zynga was unable to acquire either company is due to its culture, which forces employees to work long hours in a stressful, data-driven environment. Some are even predicting that Zynga will lose a number of employees once it finally reaches its muh talked about initial public offereing.

“I expect a lot of game and tech companies will begin recruiting Zynga’s talent after their equity becomes liquid,” Gabrielle Toledano, head of human resources for Electronic Arts, told the Times. “Competitors will make the case that they offer much more compelling opportunities for creative people.”（source:gamezebo）

Amazon’s recent additions to its Kindle family, including the Kindle Fire, have held their position as the bestselling product across the online shopping website.

Over the course of the Black Friday holiday shopping spree, Amazon saw sales of the devices rise four times since the same period in 2010.

Released in the US on 15 November, the Android-powered tablet was announced eight weeks ago, with Amazon presumably including Kindle Fire pre-orders since then within the period refered to in its press release statement.

Of course, no specific figures were announced.

“Even before the busy holiday shopping weekend, we’d already sold millions of the new Kindle family and Kindle Fire was the bestselling product across all of Amazon.com,” said Dave Limp, vice president of Amazon Kindle.

“Black Friday was the best ever for the Kindle family – customers purchased 4 times as many Kindle devices as they did last Black Friday – and last year was a great year.

“In addition, we’re seeing a lot of customers buying multiple Kindles – one for themselves and others as gifts – we expect this trend to continue on Cyber Monday and through the holiday shopping season.”

It has been predicted that the Kindle Fire could sell as many as 5 million units by the end of 2012, with shipment volumes being increased to meet the expected high demand.（source:pocketgamer）

Sony and Nintendo should stop making consoles and focus on developing software, according to Andy Payne, chairman of UK Interactive Entertainment.

Speaking at Develop Liverpool, Payne responded to a question from an audience member addressing the limitations imposed on first-party software.

“I think it would be a massive relief to both Sony and Nintendo to become content-only,” said Payne. “Right now, they might not even know it. You know that thing where you take drugs and you think it’s the best thing in the world? Then you get off them and go, ‘What was I doing?’

“To answer your question: Imagine any Mario or Zelda property being on the iPhone or an Android phone. They’d get £10 or £15 for it, because people would want to pay to have it on their phone. They would. And that would be amazing. And Sony’s content is amazing. I mean, Uncharted… it’s just brilliant!

“I’m not knocking those guys, because they really do make fantastic games. And when we kind of get that bit over, wouldn’t it be refreshing to have Nintendo really making stuff for the iPhone, Android, and all the other stuff that’s around?”

While it would be incredibly pleasing to jump between the the Mario and Uncharted franchises on an iOS or Android handset, it remains to be seen how a single device would handle the specific control demands of each title.（source:pocketgamer）   http://www.pocketgamer.co.uk/r/Multiformat/UKIE+news/news.asp?c=35593

iPad-using Thanksgiving Day shoppers purchased items nearly twice as much as people using mobile devices, according to data from IBM. On average, iPad conversion rates hit 4.6% compared with 2.8% for other mobile devices. On Black Friday, visits from iPads increased 124% vs 2010, whereas visits from mobile devices only increased 60% vs 2010. Gannett-owned PointRoll shows similar trends, noting that iPad users shopped more from their devices. Offers via iPads grew 85% over 2010, with the most access occurring on the Sunday after Black Friday. On that day, iPad access increased by 223% as compared to 2010 levels. （source:readwriteweb）