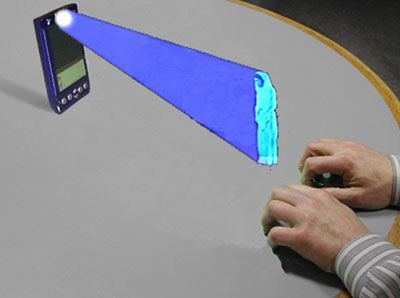 A lot of money is being spent on nothing. Well, nothing tangible or real. But virtual goods such as in smartphone games are expected to hit sales of $168 million this year, according to research and consulting firm Frank N. Magid Associates.

Among the more than 70 million U.S. smartphone owners — 23% of the population — nearly half (45%) play mobile games and 16% spend an average of $41 annually on in-game virtual goods, according to the Magid Media Futures 2010 Wireless and Consumers study, conducted with mobile social gaming network OpenFeint.

Spending is expected grow with even more smartphone users (55%) interested in buying virtual goods and current spenders saying they plan to spend as much in the next 12 months.

Other facts from the study:

– Compared to the general population, smartphone gamers skew male and are between 18 and 34 years of age.

– Smartphone gamers are active consumers of multiple games, downloading 14 games on average per year. Of these games, recipients paid money for 4 games and obtained 10 for free.

– The most popular way to find games is through app store rankings.

For some context, market research firm Inside Network estimated that last year online players in the USA spent more than $1 billion on virtual goods, and they’re expected to spend $1.6 billion this year.

“The market for virtual goods has already exploded in web-based games like Zynga’s Farmville, and we’re just now starting to see this trend in the mobile space,” said Aurora Feint’s Steve Lin in a statement with the report. “In just the last few months we’ve seen amazing interest from our game developers in building mobile social games with virtual goods. Our internal numbers reflect the study in that free-to-play models will be the dominant pricing structure in the future.