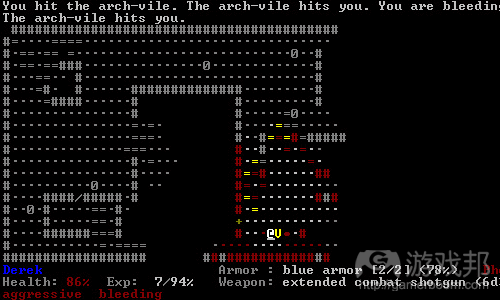 An essential element of videogames, and by extension any game, is having a win and lost state. One aspect we have seen to add more weight to a game’s design is the use of “punishment systems” — systems that penalize the player beyond the initial lost state. However, we’re going to talk about why kicking the player when they’re down is not the best way to motivate them to keep playing.

The core concept of a punishment system is taking the lost state and extending it. In most games, when the player has a lost state — typically running out of health or dying — the character and the world around them return to a neutral state.

When you play a platformer and you die after a checkpoint, the world resets and the player returns to the last checkpoint reached. In this regard, there is a lost state, but its impact doesn’t extend beyond the loss.

This feeling of being worse off can present itself in two ways: the player is now weaker and has a greater chance to die again, or the player has permanently lost progress they made and must now do things again.

A recent example of my issues with punishment systems came with Sekiro Shadows Die Twice.

In previous From Software games, there was a punishment system in how if you died, your accumulated souls (which are experience and currency in the game) would fall to the ground. If you didn’t get back to pick them up again before you die a second time then they would be lost forever.

While this was extreme, it did give skilled players a pretty fair chance to recover their resources, and they could keep trying bosses and pick them back up at the same time.

Sekiro’s system is different and is called “dragonrot.” Unlike in the Soulsborne titles, you have at default a 30% chance to recover money and experience points when you die. Die too many times and the dragonrot system kicks in — causing NPCs in the world to get sick. While they are sick, their quest-lines will not be able to move forward and your recovery chance drops down.

The dragonrot system represents the worst aspects of punishment systems in videogames. First, the system itself has no bearings or impact on expert players — once you get good enough at the game, you will never experience dragonrot. The system offers no greater depth or choices to the player, but simply causes progress loss. The game does allow players to “bank” their money by buying coin purses, but it requires the player to return to a merchant each time they want to do it; causing time spent away from progress.

The biggest issue — and the reason why these systems are not good design — is that they cause further problems for people who are already feeling the loss about failing to begin with. Even Kaizo games these days have backed away from punishment systems and now just give players infinite lives to play through.

Taking away the player’s hard-earned progress can be a kick in the gut, but I’m sure some of you are about to ask this: “what about roguelikes?” Roguelikes, despite having extreme punishments for losing, get away with these systems.

Roguelike design has always been built on punishment systems — when you die, all progress is immediately wiped no matter where you are in the game. That certainly is more damaging than just losing a few resources or power-ups, so why are gamers fine with it?

The reason has to do with the design of roguelikes and how they are built to be replayable. When you fail in a linear game, the challenges and situations remain fixed. Losing progress means that you have to repeat content that you have already done until you get past your roadblock.

In a roguelike, however, every playthrough is ideally procedurally generated to be something original. Having to restart a roguelike gives the player a brand new experience to play. The fact that you never know what to expect with each playthrough gives the genre its high replayability, sand that’s the key point.

As a quick tangent, this is often why having fixed situations in roguelike design is not seen as favorable for the genre. If the player always knows that X is going to happen, that creates a known event that the player cannot do anything about unless they already have the answer to it. One of the complaints about grinding in the Darkest Dungeon came with the final challenges that took place in linear areas.

Every time the player failed and lost their party, they would have to spend hours leveling up another crew to make repeated attempts at it.

If you want the player to do something, there are better ways to convince them instead of punishment systems.

Conditioning the player to either do something or avoid an action can be tough, but there are some subtle tricks you can try. The first is to give the player control or make them think they have control over the situation.

Some titles allow the player to adjust the difficulty of the game at any time and may provide rewards for players who stick to the harder difficulties. If things get too hard for them, they can lower it down when they want. You can also do that by having optional challenges in your game that are on the harder side, while still keeping the baseline experience either normal or easy; which is what Nintendo has done for years.

Locomalito, a developer who specializes in modern-retro games, puts in limited dying challenges in each of his games, but you still have infinite lives if you just want to beat the game.

Another solution is if you want the player not to do something, then reward them for doing the opposite. A famous example was the change to how rest experience bonuses worked in World of Warcraft. Originally, if the player stayed on too long, they would suffer an experience penalty until they logged off and people hated it.

Blizzard changed it so that for every hour they logged off, they would receive an experience multiplier that would kick in when they returned. Both examples accomplished the same purpose of getting a player to stop playing, but the latter was viewed as a reward while the former was a punishment

The point is that you want the player to avoid feeling like they’re losing progress. While this kind of design worked back in the day, it’s no longer viewed as acceptable considering how many games are vying for consumers’ attention these days.

Before we end this piece, I want to make an important distinction when talking about punishment systems, and that is we’re not including fail states in this discussion. Videogames that have a win state must also have a fail state. The difference between the two is that a fail state does affect the player’s experience beyond the state itself.

Convincing the player that they should take an additional lost besides the failure of winning can be tough, and most times it doesn’t work out properly. There are always more interesting ways to affect the experience instead of just punishing the player.

To end this piece with: Can you think of non-roguelike games that did a good job of having a punishment system?