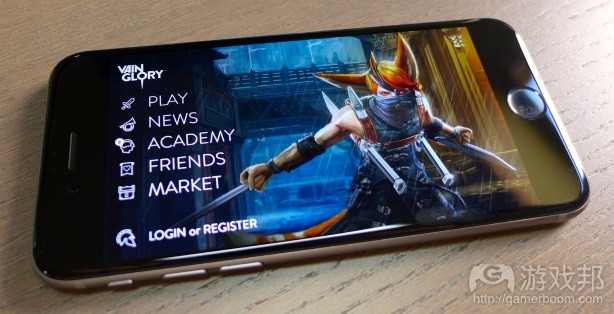 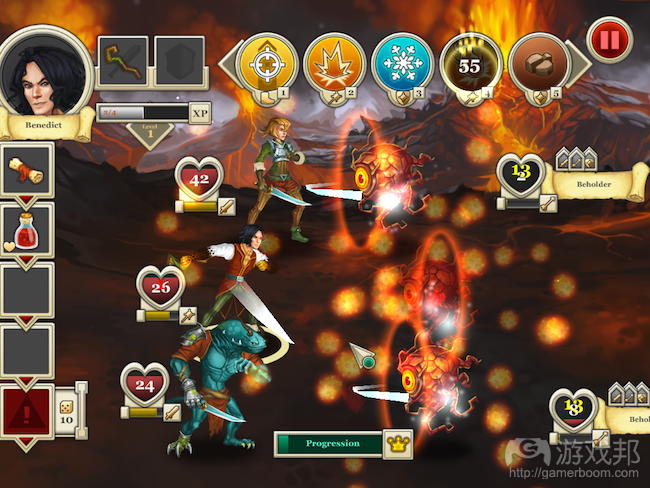 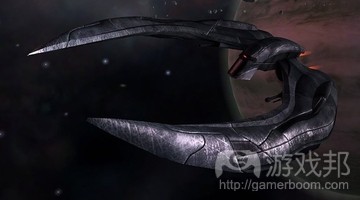 1，Thought you were safe from the MOBA craze just because you prefer to game on mobile devices? Think again: developer Super Evil Megacorp is bringing their MOBA, Vainglory, to iOS devices this month.

Vainglory simplifies the typical MOBA formula by reducing team size to three (instead of the more common five) and limiting matches to 20 minutes long (not unlike the Crytek MOBA Arena of Fate). There’s also only one lane to push against, and the game’s controls are based around the touchscreen interface. For more information, there’s a basic overview video after the break.

Those living in Southeast Asia, Australia and New Zealand can already download the game for free, while Europe will gain access on November 13. The North America, South America, Middle East and Africa App Stores will get their versions on November 18. China, Japan and Korea have no announced release date. No matter where you live, you’ll need an iPad 2 or later or, if you’re playing on your phone, an iPhone 5S or later.

2，Phoenix Online Publishing has announced the release of Heroes & Legends: Conquerors of Kolhar on iOS and Android devices. Developed by Cuve Games, the fantasy-themed strategy RPG takes players to a world threatened by recurring evil. Players recruit and control a party of heroes and can create their own weapons and armor as they battle more than 100 kinds of monsters in an effort to stop the evil from returning.In Heroes & Legends: Conquerors of Kolhar, players are presented with a map that contains their missions. There are main story missions, as well as secondary side missions which are useful for leveling up and collecting items. Finally, randomized events are also available for exploration, with the possibility that these events are good or bad. Players won’t know until they choose to interact with them.

During battle, heroes and monsters attack each other automatically, with the hero fighting the monsters directly in front of them. If there are no monsters in front of the hero (think horizontal attack lines), they wait until the wave is over and new monsters appear. Players can tap on and drag their heroes to switch their positioning on the board, which is helpful when a single monster remains, or when a hero is close to falling in battle.

Each character has a few skills at their disposal, represented by attack buttons at the top of the screen. Players can tap on these special abilities to increase their character’s defense, heal some damage, boost their attack and so on, depending on the power and the character type (like wizard or warrior). These take time to recharge before they can be activated again.（source：inside mobile apps ）

3，Social games company Renatus Media is celebrating its second anniversary by reaching a new player milestone, as over 50 million players are currently enjoying its titles across Facebook, iOS and Android devices. As of late 2013, that figure was just 10 million users.

Since it was established in the Summer of 2012, Renatus has been responsible for publishing over 30 games across multiple genres, from bubble-shooter and match-three games to RPG and hidden object games. To date, the publisher has worked with 15 game development studios.

The bubble-shooter and match-three genres have proven to be the company’s most successful, with the genres accounting for 85 percent of the total Renatus player base, and 90 percent of the company’s total revenue. These games tend to offer level-based puzzle gameplay, as users work to earn higher scores than their friends and complete challenges that become increasingly difficult as users progress.

Facebook is by far the company’s largest platform, with almost 88 percent of its total active users playing its games on Facebook. iOS and Android, meanwhile, account for 9 percent and 3 percent of players, respectively.（source：inside social games ）

“Rob brings a wealth of development experience and a rare passion for games that will be of great support to our development teams,” said CEO Khaled Helioui.

“Jayson has been covering the Asian gaming space for over 10 years and is going to play an instrumental role in assisting us in our expansion strategy. Beyond the obvious strategic rationale, having them join the Bigpoint family is a testament to the work of the teams over the last two years.”

Denton retired in July 2013 but prior to that co-founded Mythic Entertainment and spent seven years with Electronic Arts.

“Bigpoint has gathered a team of experienced developers who have a genuine passion for games and an intention to shake this space. I am very pleased to join the board and help support Khaled and the teams raise the bar of the games they develop. Our industry needs engaging content and Bigpoint, I believe, can deliver”, added Denton.（source：gamesindustry ）