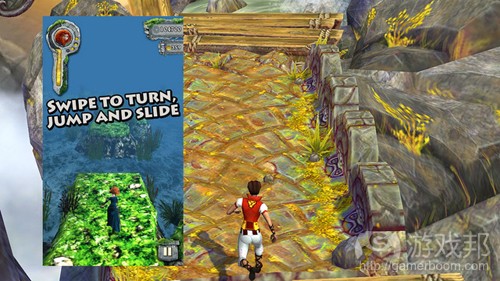 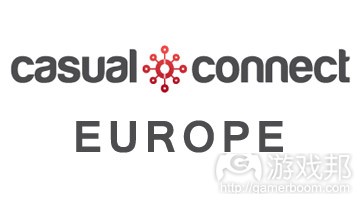 With combined downloads of Temple Run and its follow up having hit the 500 million mark, Imangi Studios has unveiled plans to launch plush toys “based on the series’ cast of characters.”

The new toys will be manufactured by “pop culture experts” Factory Entertainment, with Demon Monkeys and Temple Idols toys hitting retail in an initial run this autumn.

Running away with it

In addition, the studio has also lifted the lid on a deal with Basic Fun to produce the first Temple Run handheld LCD game, packing play into a “durable device with a Carabiner-style clip” and retailing for $9.99.

“Our work with Factory Entertainment and Basic Fun will connect Temple Run fans to the characters and stories they have interacted with for the last three years,” said Keith Shepherd, co-founder of Imangi Studios.

Factory Entertainment and Basic Fun will be exhibiting their Temple Run tie-ins at the 111th American International Toy Fair, running in New York between 16-19 February.（source：pocketgamer）

2）Still looking for answers about your Holiday UA campaign? Our 2013 App Promotion Report is here to help

Navigating the waters of a holiday UA campaign is a process as complicated as it is expensive.

With US CPIs increasing by about a third (up 64 cents) during the peak of the holiday ramp-up, a new launch over Christmastime faces an added cost of roughly $46,000 per day just to score a place on the App Store’s top-ten free chart.

Clearly, there’s a lot at stake in this gamble on a crowded market – but the rewards can be well worth the expense.

New players with new devices are usually in a spend-y mood around the holidays, and the opportunity for returns on an intelligent UA campaign can make for a merry Christmas, indeed.（source：pocketgamer）

After a short break for Spring Festival (or as we in the West like to call it, Chinese New Year), China’s gaming sector is back at work. And as we try to do every Friday, we’re back with another ‘This Week in China’ round-up courtesy of our friends at Beijing’s Laohu.com.

This week you’ll see a little bit of IPO rumor, a little bit of copycat fighting, and a (not so) little bit of layoffs. If you’re looking to stay on top of Chinese gaming news in a more daily manner (and love the power of Google Translate), be sure to add Laohu.com to your bookmarks.

Chinese mobile game developer and operator Chukong Inc. plans for US listing in May 2014, according to sources. The developer behind Fishing Joy (捕鱼达人), Chukong turned its eye to mobile game publishing in 2013 and has since obtained over $80 million in financing. Linekong and Locojoy also plan for Hong Kong listing this year. (Laohu.com)（source：gamezebo）

4）If you want to score a good publisher, you need to think like a publisher

“Everything that has happened before will happen again,” said Engine Software’s Ivo Wubbels somewhat mystically during his talk at Casual Connect Europe in Amsterdam.

Wubbels wasn’t attempting to read attendees’ fortunes – or even quote Battlestar Galactica – but rather predict the next big trends for indies to look out for in the year ahead.

His key takeaway? Publishers are coming back into vogue, and “will be important again for developers”. That’s if they aren’t already.

“It was a lot easier to create deals with publishers years ago,” he continued.

“Who here remembers ECTS, the old trade show in London? I wish they’d bring it back. You could go to ECTS and sign a deal with a publisher right there in the bar afterwards if you could prove to them you had a good game.”

The publishing market in 2014, however, is split, Wubbels claimed. Some publishers in the digital age can offer you a good deal, but some claim to be ‘digital publishers’ but actually attempting to offer the same set up as a traditional, retail based outfit.

“Many publishers tried to bring their traditional ways of working with retail to the digital space and that didn’t work,” said Wubbels.

“Many failed, but some are still trying, and it’s important that you’re aware of that. What we see right now is some publishers pretending to be a digital publisher, but they only want to take the income – they don’t want to invest. That’s important to note – you should be looking for publishers that will actually do something for you.”

So what about when you find a publisher you want to work with? How can you get them on board?

Wubbels claimed making sure you stay in the mindset of the publisher at all times – that your IP is seen as important – and that you treat them like a member of the team.

“If you see your publisher as another party, it’s really difficult – you have to work together, that’s the only way it works,” he concluded.

“You also have to think like a publisher. What’s their goal? What are they looking for? You have to understand that investing in you is all a risk to them as well.”（source：pocketgamer）

“Game publishing is the same as any other business,” opened Vladimir Funtikov – co-founder of Drag Racing developer Creative Mobile – during his talk at this year’s Casual Connect Europe in Amsterdam.

“The only difference is, we’ve seen an explosion in this industry – iPhone taking off and everything. The truth is, it’s going to get more balanced over time. Eventually, this industry will be like any other industry – more stable and more secure. So, we can learn from other industries.”

Funtikov’s comments, though seemingly unnerving, were actually designed to reassure other indies in the room.

His assertion that the mobile games industry will soon resemble all other stable markets means that there’s lots of source material out there when it comes to marketing without massive budgets.

Or, to use Funtikov’s take on this, ‘guerilla marketing’.

Guerrilla marketing is the strategy of using off-the-wall marketing techniques to create mass interest in an idea or product without paying out huge chunks of cash. The key is creativity.

“For example, with Nitro Nation, we came up with this of restricting access to an early beta to create the idea of limited supply. We gave away 1,000 keys to gain access to the beta at GDC, and these people then started bragging about it on social media.

“Suddenly, all their friends were like – what’s happening here? We even had people saying that they’d been playing our games for years and asking why they hadn’t been given access to the beta.”

Straight after GDC, 6,500 people had signed up for access to the beta. That number eventually hit somewhere in the region of 100,000.

What’s more, developers can even stumble into guerilla marketing campaigns without realising it. Have you heard of a little game called Flappy Bird?

“Flappy Bird has the characteristics of a viral video,” stated Funtikov.

“It wasn’t intentional guerilla marketing – it was luck – but you could easily create something with similar characteristics and trigger the same effect. With a game like Flappy Bird, virality kicks in big time.

“And then, the guy promises to pull the app and what happens? He got millions more downloads. Now, I’m not saying this was on purpose, but someone could easily copy that and see a similar boost.”（source：pocketgamer）