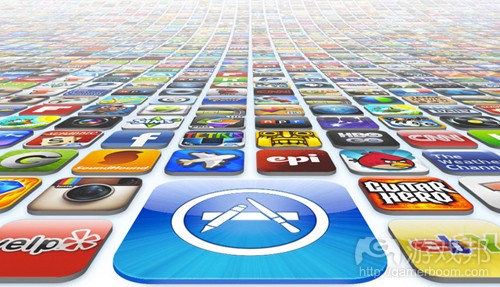 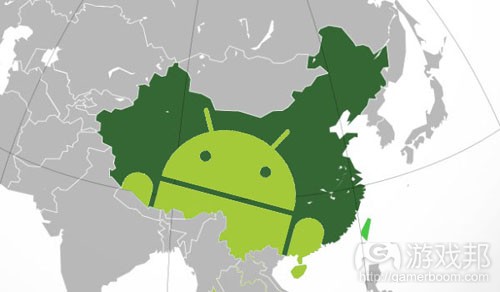 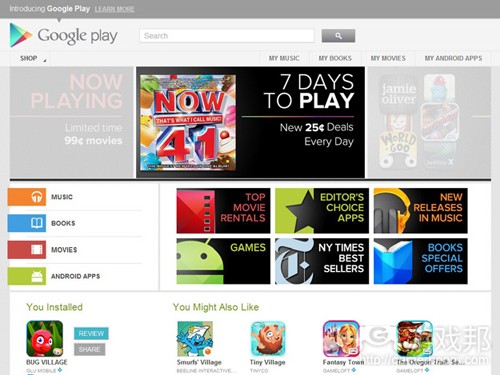 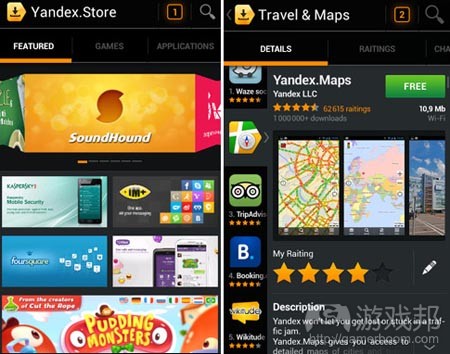 In 2013, we’ll download 10 apps for every single woman, man, and child on planet Earth.

Half of those apps will be Android apps, which will have 58 percent smartphone app share, according to ABI Research, and 41 percent of those will be iOS apps. Apple’s iPhone will account for 33 percent of smartphone app downloads, ABI says, while the company’s iPad will take 75 percent of tablet app downloads. Windows Phone and tablet devices will account for the majority of the rest, with BlackBerry taking about a 2 percent share.

Add it all up, and about 35 billion Android apps will load to devices in 2013, plus another 29 billion iOS apps.

That is a lot of apps.

While Google’s Android is clearly doing well in smartphones, the future of its tablet aspirations is not yet as clear. Only 17 percent of tablet downloads in 2013 will be on Android tabs, ABI says, which compares poorly to iPad’s 75 percent tablet app share.

“The most pressing issue for Google is how much of this handset momentum will ultimately trickle down to tablets, where Apple is holding the fort remarkably well,” ABI analyst Aapo Markkanen said in a statement.（source：venturebeat）

First time such an occurrence has happened in the mobile phone market on an annual basis.

Smartphone shipments are expected to outship feature phone shipments for the first time ever on an annual basis in 2013, according to market analyst IDC.

The firm predicts that vendors will ship 918.6 million smartphones this year, equating to 50.1 per cent of the total number of global mobile phone shipments.

Furthermore, by the end of 2017, IDC forecasts 1.5 billion smartphones will be shipped worldwide, accounting just over two-thirds of the total mobile phone forecast for the year.

China is set to remain the world’s largest market for smartphones; specifically low-cost handsets based on the Android operating system. “While we don’t expect China’s smartphone growth to maintain the pace of a runaway train as it has over the last two years, there continue to be big drivers to keep the market growing as it leads the way to ever-lower smartphone prices and the country’s transition to 4G networks is only just beginning,” said Melissa Chau, senior research manager, IDC Asia/Pacific. “Even as China starts to mature, there remains enormous untapped potential in other emerging markets like India, where we expect less than half of all phones shipped there to be smartphones by 2017, and yet it will weigh in as the world’s third largest market.”

Elsewhere, Brazil is another key market where smartphone growth is expected to remain high over the course of the forecast, as its economic circumstance improves. “Brazilians have yet to turn in their feature phones for smartphones on a wholesale basis,” said Bruno Freitas, Consumer Devices Research Manager, IDC Brazil. “The smartphone tide is turning in Brazil though, as wireless service providers and the government have laid the ground work for a strong smartphone foundation that mobile phone manufacturers can build upon.”

With smartphone users now accounting for the majority of all mobile phone users in the US, IDC expects slower growth in the coming years. Similarly, the UK’s smartphone market has slowed in recent quarters as penetration has risen and economic growth has failed to gather significant pace.（source：mobile-ent）

A recent survey conducted by the Game Developer’s Conference brought forth some interesting statistics about the current state of game development. Over 2,500 developers were polled, all of which either attended last year’s GDC or plan to attend this year. Of everyone polled, 53% labeled themselves as indie developers. And while the definition of an indie developer is sometimes debated, 46% of those polled said they worked at a company of ten or less, with only 24% working with a publisher to release their last game. It doesn’t get much more indie than that!

Developers were also asked to state which platforms they develop for, and smartphones and tablets took the lead here. 38% of developers said they released their last game for smartphones and tablets, and 55% said they’re currently at work on a game for those platforms. PCs and Macs took second in this category, with 34.6% of developers having released their last game on those platforms, and 48% at work on games for them now.

All good news so far, right? Well, only if you aren’t Sony, Microsoft, or Nintendo. Only 13.2% of developers said they were working on a game for Xbox 360, with only 14% planning on releasing their next game for the platform. The PlayStation 3 fared no better, with only 13% of developers saying they were developing for the console, and only 12.4% aiming to release their next game on it. As for next-gen consoles from Sony and Microsoft, an equal 11% of those polled said they were working on a game for them. The Wii U came in dead last, with 4.6% at work on a Wii U game, and 6.4% releasing their next game on the platform.

One of the most intriguing statistics came from a question about which platforms developers were most interested in developing for. 58% of those polled chose smartphones, but “PC-based TV consoles” like the Steam Box came in second at 45%, with Android-based consoles such as the OUYA coming in at 37%. Consoles fared a bit better here, with 27% expressing interest in developing for the PS4, and 29% interested in Microsoft’s next-gen console. Sadly, the Wii U had an interest level of 13%, and the 3DS a paltry 5%

Mind you, this may not be indicative of the current state of game development. Not all of the major console developers attend GDC, which may have had an effect on the data. Regardless, it’s clear that interest in smartphones and tablets has yet to wane, and future platforms like the Steam Box and OUYA will likely be a hotbed for indie game development.（source：gamezebo）

Japan is warning its Android users to avoid Google Play and download their apps from third party operator-run stores instead, PCR has reported.

The warning comes after a prolific info-stealing app was discovered on Google’s official Play site.

The app requests user permission to access location details, email address and terminal information, which it then sends over to a third part server while distracting you with sexy girls.

The government-backed body has now warned users off of Google Play and is urging them to visit app stores run by mobile operators such as KDDI’s ‘au Smart Path’, Docomo’s ‘D Market’ and ‘Softbank’s ‘Yahoo! Market’. “In these markets, operators carry their own checks of the app,” said IPA.

This is not great news for Google, having recently responded to previous security criticism by launching an app verification service for its Play store.（source：mobile-ent）

It’s released its Yandex.Store, an on-device store for Android apps and games, which launched with over 50,000 titles.

High profile apps on the store include Foursquare, Cut the Rope, Pudding Monsters and Angry Birds.

As you’d expect initial support has come from Russian companies such as operator MegaFon, which launched its white label version of the store – called GetUpps! – in February.

Yandex expects that the majority of traffic from Yandex.Store will come as it’s pre-installed on devices, but consumers can also directly download the store if they want to.

In terms of developer getting content onto the store, it’s a similar self-serve process to Google Play, although Kaspersky Lab checks all submissions for malware.

The reason for Yandex’s move is that Russia’s largest – and the world’s fourth largest – search engine wants to undercut Google’s market share for search, especially in regions such as Russia, Turkey and Asia.

Yandex.Store enables it to do this as it’s free for companies to integrate and rebrand, and Yandex is prepared to share part of the 30 percent of app store transactions it collects with operators and/or OEMs in order to boost its wider search business.

Indeed, it hopes some handset manufacturers will remove Google Play from their devices, completely replacing it with Yandex.Store.

As well as the store and search, Yandex also offers services such as maps and its own integrated billing solution.（source：pocketgamer）