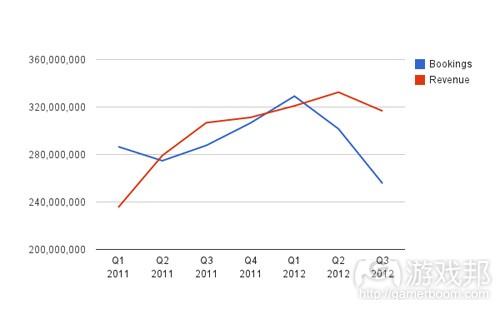 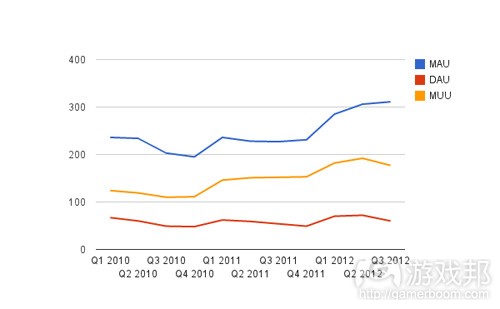 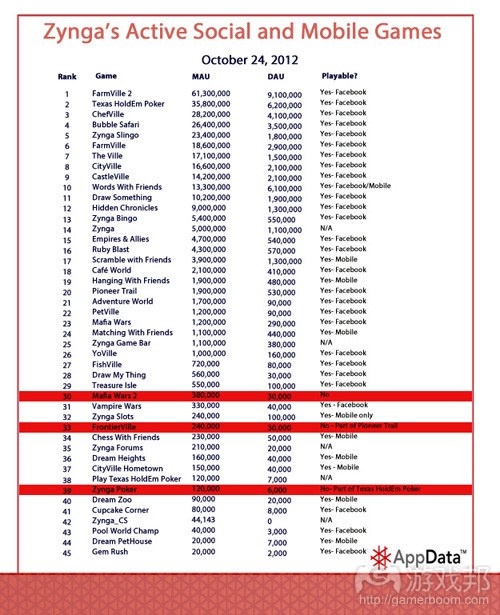 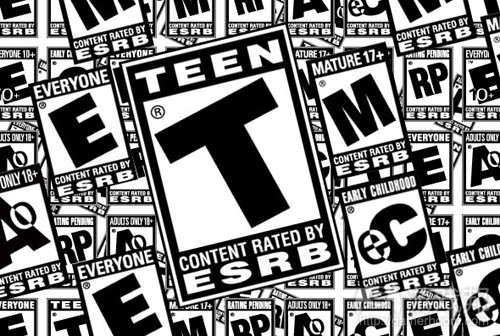 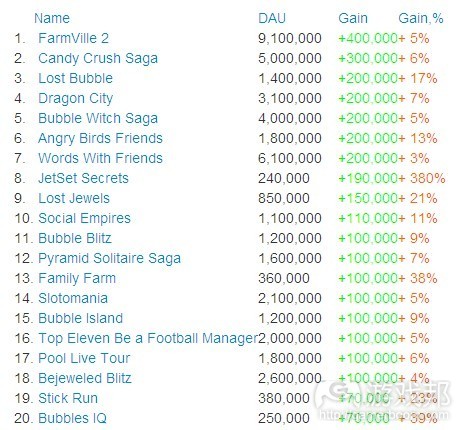 Zynga may be losing players, but it’s back on its investors’ good sides after performing slightly better than expected last quarter and moving one step closer to becoming an online casino.

The company announced it will launch a real money gambling initiative in the UK during the first half of 2013 thanks to a partnership with online gaming operator bwin.party, which will include a slots simulator based on its FarmVille IP. Zynga’s been hinting at real money gambling titles for quite some time, and now these projects are finally coming to fruition. Zynga says this is “only a first step” toward a larger online gambling business.

Investors seam pleased: Share prices are up nearly 14 percent to $2.42 in after hours trading, thanks both to the partnership and quarterly revenues of $316.6 million that were better than the $256 million analysts were anticipating.

Looking beyond revenue, however, things start to look even more troubling. Zynga suffered a loss of $52.7 million for the quarter — a stark contrast to the $12.5 million in profit the company earned during this time last year. On an adjusted basis, however, the company broke even, in line with analyst expectations.

Zynga’s biggest challenge during the quarter ending September 30 was in simply maintaining its players, failing to meet the growth it set for itself last quarter.

“We didn’t create enough new heat for our players by innovating on content an features,” CEO Mark Pincus told investors in a conference call.

And even those that stayed didn’t pay. Zynga’s monthly unique paying customers decreased 28 percent from 4.1 million to 3 million between its second and third quarter, with many of those losses coming from the floundering mobile title Draw Something.

In addition, many of Zynga’s major Facebook titles like CastleVille and ChefVille have had a very hard time hanging onto their audience, and players have been dropping these games faster than they did with older Zynga titles like FarmVille and CityVille.

Scrambling to save money

As it announced yesterday, Zynga has been forced to cut its losses and lay off roughly 5 percent of its overall staff. The company laid off approximately 150 employees across numerous

studios (three of which are closing down), and is also shutting down some of its weaker games. The company is reducing investment in The Ville (by way of laying off most of its developers) and is shutting down 13 of its older social games.

This is all part of a larger cost reduction plan that also includes reducing advertising and network spending, a plan that CFO David Wehner says will save the company between $15 and $20 million next quarter.

Zynga’s partnership with bwin.party is just the beginning toward a larger Zynga gambling empire.

“We view this as a first step into real money gaming, and we believe that it’s a good first step,” Wehner told investors. “But it’s only a first step toward what we think is a large opportunity for Zynga.”

In addition to gambling, Zynga is also looking ahead to attracting those elusive “mid-core” game players next year thanks to its acquisition of developer A Bit Lucky.

The company’s also taking mobile a lot more seriously looking forward. During the last quarter, Zynga reorganized its teams to align web and mobile development under the same roofs.

Development-wise, Pincus says that all new web games now have mobile and/or tablet offerings in development at the same time. （source：gamasutra）

Part of Mark Pincus’s company-wide email yesterday revealed that Zynga is planning to sunset 13 of its under-performing games. This was also mentioned during today’s earnings call, but the company is keeping mum on exactly which games will be shut down. Looking at the company’s games traffic, though, we might know which titles are going to disappear soon.

Our traffic-tracking service AppData shows Zynga currently has 91 apps in its catalog, several of which appear to be defunct. We revisited all of the titles with over 1,000 daily active users to see if any were already shut down or unavailable from mobile app stores. None of the active games contained messages about their impending closure.

Our search reveals a total of three games have been taken offline. Mafia Wars 2  is completely gone from Facebook; there’s not even a game canvas on the page any more. Meanwhile, FrontierVille redirects users into Pioneer Trail and Zynga Poker drops players into TexasHoldEm Poker.

Some games expected to be sunsetted by Zynga include recent titles Zynga Bingo and Ruby Blast, as well as Indiana Jones – Adventure World. Meanwhile, the following older Facebook games all have under 100,000 DAU and could easily be on the company chopping block: PetVille, FishVille, Draw My Thing, Vampire Wars, Cupcake Corner, Pool World Champ and Gem Rush. Including the three games we already mentioned as being offline, that’s a total of 13 Facebook apps.

Correction: It’s been pointed out Zynga announced Ruby Blast would be going cross-platform during the Zynga Unleashed event back in June. As a result, we’re taking it off our list of candidates.（source：insidesocialgames）

GREE announced it plans to acquire Tokyo-based social game maker Pokelabo on October 30 – for a handsome US$173 million (13.8 billion yen), in an all-cash deal.

Founded in 2007, Pokelabo announced a capital partnership with Sega (which is holding 19.10%, making it the third-largest shareholder) in October last year.

In recent months, Pokelabo has managed to create a number of smartphone games that have been doing very well in the Japanese App Store and Google Play (example). This summer, the company also launched a card battle game called Mystic Monsters in English.

Pokelabo generated US$7 million in revenue and US$2 million in profit in the fiscal year ending September 2011. The company currently employs 91 people.

GREE’s last acquisition in this price range took place in the US when the company took over Funzio for US$210 million in May this year.（source：serkantoto）

The Entertainment Software Rating Board has another solution to keep up with the flood of games released every day on digital platforms.

In its continuing efforts to standardize its age and content rating tool across all kinds of video games, the ESRB announced today it would begin to extend its free voluntary rating service across all digital platforms.

The move makes it faster and easier for game developers on digital platforms to obtain ESRB ratings for their games, meaning consumers, especially parents, have more exposure to a more familiar ratings system.

“It’s very important for consumers to have access to ESRB ratings for games, regardless of the platform they’re using,” said ESRB president Pat Vance in a phone interview. “[And] we want to provide ratings to all developers who want them.”

Vance said a study done for the ESRB by Hart Research showed that 85 percent of parents are familiar with the ratings.

Here’s how the new Digital Rating Services program works: Developers access a submission form via a link provided to them either after submitting their game to a digital storefront, or by registering for free with the ESRB. Then, developers fill out an online questionnaire regarding their game’s content and “interactive elements” (e.g. location and sharing services), as well as exposure to user-generated content.

Following an automated calculation based on the answers on the questionnaire, a rating is immediately issued and usable by the developer to display on storefronts and marketing materials. The ESRB conducts a post-release review of submitted games.

With retail games, publishers submit videos and documents that would be reviewed by experts at the ESRB who would assign a content rating prior to release, but that process simply can’t keep up with the digital world.

So about a year ago, ESRB sought to address efficiency issues by introducing a voluntary mobile app rating system. Today’s announcement is an extension of that to all digital platforms.

“What we’re trying to do is create a standard across devices that, frankly, I think developers should buy into,” said Vance, “because when they market those products, they can use the ESRB rating to broadly market the age appropriateness and notifications to consumers, and consumers will get it.

“It’s free for developers, which I think is important for it in order to gain broader adoption. It’s quick, it’s easy, it’s free, so we’re hopeful that developers will use it.” （source：gamasutra）

Zynga’s FarmVille 2 is continuing to thrive on Facebook, having reached a new daily active user record. The game’s currently holding the top spot with 9.1 million DAU, up by five percent and 400,000 DAU over the past week.

Percentage-wise, gains were small this week. There were only three titles with increases greater than 30 percent. EA’s JetSet Secrets took in 190,000 DAU for a 380 percent gain. Family Farm (which was revealed to be a clone of Country Life back in April) is showing up on our list again with 100,000 DAU for a 38 percent increase. Playforia’s Bubbles IQ took in 70,000 DAU for a 39 percent gain.（source：insidesocialgames）