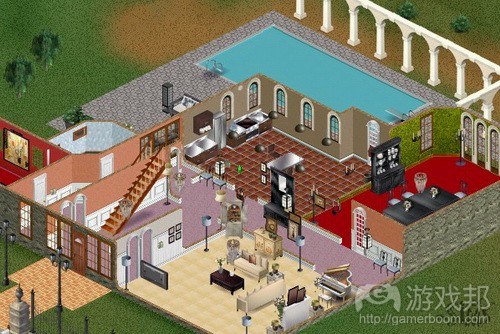 As the first part of ‘Understanding Your Audience’ series, I touched upon the gaming features that we, as males, would like to see in games.

For the second part, it only makes sense to look into the features that are appealing to the female players and what they would like to experience in their games.

As much as some of our female readers wouldn’t like to admit, women are emotional. And they would like a gaming experience that is emotionally satisfying to them.

They would like a gaming experience that explores the richness of human emotion. And most often than not in order for us to feel emotionally satisfied we need to be in contact and communication with other human beings.

Therefore social games are a big hit among women. Case in point: Zynga is one of the biggest names in social gaming and women amass for a top portion of the players on any of their games and are also likely to purchase vital goods.

Before the era of video games, we had household games and childhood games. Games we played together or sometimes alone, without the need of electronics and computer graphics.

Women usually held tea parties and played dress ups. They played “house” or “nurse”. All the while, us, guys, were just kicking it in the backyard with our swords and sticks role playing in fantasy genres.

Then EA came into play and introduced us with a franchise that soon became a household name among women everywhere. Even my grandma has heard of “The Sims“. This game took the real life similarities to the next level and in doing so appealed to women everywhere.

It is not surprising to see the healer type in RPGs to be women or the healer class is played by real life women in MMORPGs. Because, deep down women are nurturing and they care for others.

By helping others and aiding them, women tend to build a relationship and connection with other players. It is this connection that is appealing to women. It is far more important to women than the game it self. (This ties in beautifully to the first feature as well, since a connection to another human being leads to a emotionally satisfying experience.)

If you want to get women to participate in your co-op game mode, you got to give them something to satisfy their urge to be nurturing.

Women by nature are very verbal people. (It is true and you know it!) As result a game rich in dialog and meaningful verbal interaction between players and the characters are appealing to women.

Where men tend to show or act upon their feelings and impulses, women would like to talk about it, discuss it or read about it. In general women tend to read far more books than men.

More and more games are being developed for 18-34 years old males and as a result less and less are the developers focusing on the dialog and the verbal interactions and more on the action aspects of the game.

We discussed how men would like a game where they can explore it themselves and the less instruction given the more amusing the experience.

Lack of proper instruction leads to a very frustrating experience for the female player.

Your comments are welcomed. Do you agree with me on these features or believe otherwise? What other features in games fancy you as female video gamer?（Source：farshidpalad）