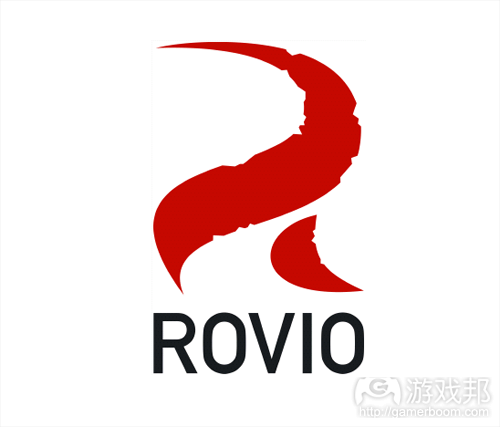 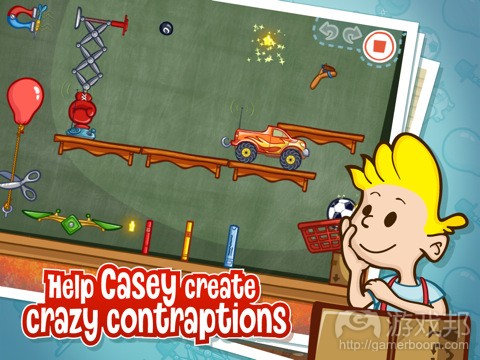 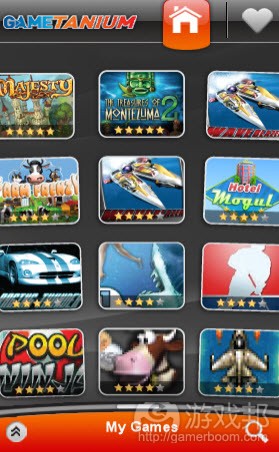 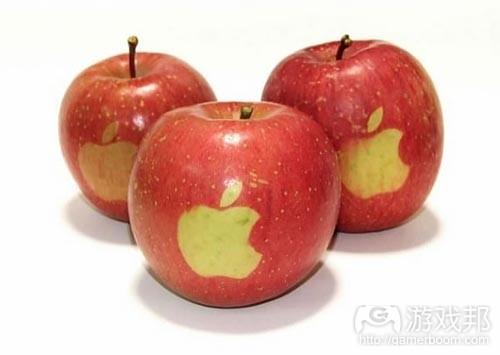 1）Exclusive: Angry Birds’ developer Rovio is on the trail for mobile IP acquisition

With its own IP having been downloaded over 250 million times, the well funded, and aggressively expansive Finnish company is now enthusiastic to leverage its incredible global mindshare to kickstart content it hasn’t developed.

Apparently, Rovio has been talking to various developers of not yet released iOS games, offering deals to buy their content and plug it into its huge mobile community.

In terms of business model, it makes complete sense in terms of providing gamers with additional high quality casual content it will enjoy, while expanding Rovio’ s role and revenue streams, which is currently limited to the Angry Birds brand.

As part of this drive, the Mighty Eagle in-app purchase is also being made available to thirdparty developers as an in-app power up via an API so they can include it within their own games. （source:pocketgamer）

Perhaps the trickiest topic during Evolve, at least in terms of real world success, was the panel talk entitled Monetising Android: Full Price vs Freemium?

It was moderated by Greg Robinson, COO, of games publisher Connect2Media.

“Payment methods are the biggest issue for developers releasing on Android, but I think this is changing, and discovery will become more important,” said Paul Bowen, director of European sales, Tapjoy.

“On Android, there is lots of content that’s of a lower quality than on iOS,” pointed out Olivier Bernard, GM, International, Glu Mobile. “I think Android will always be a market for free content.”

“As a developer, you have to think about the opportunity cost of making games for Android,” said Paul Farley, MD, Tag Games.

“There’s fragmentation of devices and stores, so even before you think about monetisation, the cost of launching a game is much more on Android than iOS.”

Continuing the theme raised by Bowen, Pearce continued to push the value of discovery; something TeePee enables with its recommendation engine.

“I don’t think the top 10 chart exists anymore,” he claimed. “We all have our own personal top 10s,” something TeePee will generate for you.

Tapjoy has been a key enabler of monetisation and discovery on Android and iOS, thanks to its incentivised download system, albeit now banned on iOS.

“There’s a better case for using solutions like Tapjoy on Android because of the lower price point of the handsets and the lack of penetration of Google’s Checkout,” said Bowen.

Indeed, he claimed the top monetising game using Tapjoy (unnamed) was generating around $150,000 a month using the company’s IAP model.

Glu Mobile is a heavy user of Tapjoy, but for the future, Bernard said the publisher was looking to the widespread adoption of operator billing on Android.

“We’re waiting on operators to come up with an integrated global solution that everyone can use,” he said. （source:pocketgamer）

Despite his most recent iOS game Casey’s Contraptions being sold at a flat $2.99, currently without in-app purchases, Noel Llopis, from Snappy Touch, gave a talk at Evolve called ‘One price does not fit all’.

“We’re in a digital environment, but we’re still pricing games as if they were manufactured products,” he argued.

Using the term Flexible Pricing, rather than free-to-play, Llopis said you have to let people pay what they want to pay you for your content.

“There are cases of people spending tens of thousands of dollars on in-game consumables on iOS,” Llopis said.

From free to lots of dollars

Building up his case with an iterative argument mapping cost, consumer reach and profit, “Making your game available for free easily means you’ll have 20 times more downloads than charging $1 for it,” Llopis said.

Of course, most players won’t spend money, but they are useful for word of mouth marketing. And even those people – typically around 2 percent – who do spend money are heavily segmented.

“80 – 90 percent of your profits from freemium games come from 0.5 percent of users,” Llopis revealed. “You have to get your head around this model.”

Indeed, taking the example of his two games – one free with IAP and one paid without IAP, Llopis says that despite being released two years ago, Flower Garden is currently making four times as much money as Casey Contraptions.

“You have to abandon fixed priced games now,” Llopis concluded.（source:pocketgamer）

Mobile game discovery is a huge problem, since it’s easy for great games to get lost in overcrowded app stores. So Exent is giving mobile games a boost today with its GameTanium Mobile all-you-can-eat subscription service.

If consumers like the $4.99 a month service, then mobile carriers can use it to barge back into the mobile commerce business, taking back a role in selling consumer apps that platform owners such as Apple took away from them. Game makers, meanwhile, could use the service get their games noticed by a larger crowd of gamers.

“We want to solve the problem of the discoverability of games on Android,” said Zvi Levgoren, chief executive of New York-based Exent, in an interview.

Game discovery was one of the big issues we highlighted at last week’s GamesBeat 2011. With 18,000 games in the Android Market, it’s hard to get noticed. Since GameTanium highlights a smaller number of high-quality games, it makes life easier for consumers who are looking around to find better games.

Exent currently provides 2,000 PC games on demand on the web. Its partners include Verizon, Mediacom, and T-Mobile. That service has more than 1 million subscribers and its average

Exent is the PC games on demand provider to many of the world’s leading operators, including Verizon, Mediacom, and T-Mobile. With the launch of GameTanium Mobile, operators can extend their brand, games offering and subscriber engagement to new screens, increasing average revenue per user (ARPU) and strengthening brand loyalty and retention.  Jason Henderson, games and music services product manager at Verizon, said that his company has offered games through GameTanium on the web since 2005 and he looks forward to its mobile counterpart.（source:venturebeat）

[Update: it appears Google has already released an updated, less buggy version of the Google+ app onto the iTunes App Store.]

Google has finally launched an iPhone application for its latest social network, Google+. The overall experience feels great, but there are still a few kinks that keep it from going toe-to-toe with other social networking apps like Twitter and Facebook.

The news feed is somewhere between Twitter and Facebook. Like the Facebook app, it lists the number of comments and “+1″ clicks — the Google+ equivalent of Facebook “Likes.” Users can pull the stream down to refresh it, a feature that has seemingly become standard since it appeared in the Twitter app Tweetie (and is now the service’s official app).

The killer part of the Google+ app is being able to take photos and upload them to the service directly — much like the Facebook app’s killer photo uploading feature. The experience is still a little dodgy — it crashed once or twice while trying to load up the photo app. The downside is that Google+ users can’t tag their friends or people in their circles directly while uploading, like you can in the Facebook app. You also can’t tag anyone when viewing the photos through the app.

The app is still new, as well, so there are still a few bugs to work out. The app hangs infrequently and takes anywhere from 5 to 10 seconds to be accessible again. It crashes from time to time when loading more intense parts of the app, such as the photo-shooting part. And it seems like I’m not the only one experiencing crashes, either. “Stoked for Google+ iPhone app, bummed it crashes a ton on iOS 5,” Digg founder Kevin Rose said on Google+.

Google quickly released an updated version of the app, saying the first version available on the App Store was a test version.

“If you downloaded within the first 1 hour 40 mins, you may have downloaded the older test version,” Google+’s lead mobile product manager Punit Soni said.（source:venturebeat）

Apple more than doubled its profits in its third fiscal quarter, the company said Tuesday.

For the period ending June 25, the company reported a net profit of $7.31 billion, a 125 percent increase from the $3.25 billion it reported in the same period last year.

Revenues were reported at $28.57 billion, up from $15.70 billion during the third quarter in 2010. International sales accounted for 62 percent of that figure, the company said.

During the quarter, Apple sold 20.34 million iPhones, representing a 142 percent increase from the amount sold one year ago. That increase is attributed to the company adding 42 new carriers and 15 new countries during the period, the company said during a conference call this afternoon (as reported by CNET).

Its iPad sales fared even better: the 9.25 million sold represents a 183 percent increase, due in part to the company increasing production to meet demand.

“We are extremely pleased with our performance which drove quarterly cash flow from operations of $11.1 billion, an increase of 131 percent year-over-year,” said Peter Oppenheimer, Apple’s CFO.

“Looking ahead to the fourth fiscal quarter of 2011, we expect revenue of about $25 billion and we expect diluted earnings per share of about $5.50.”

iTunes revenue was up 36 percent at $1.4 billion, the company said, with $2.5 billion cumulatively paid to App Store developers.

The company also announced that its next Macintosh operating system, OS X Lion, will launch Wednesday.

To date, 222 million iOS devices have been sold worldwide, the company said. （source:gamasutra）