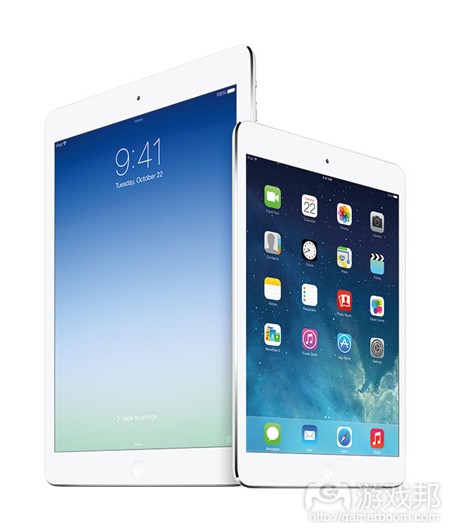 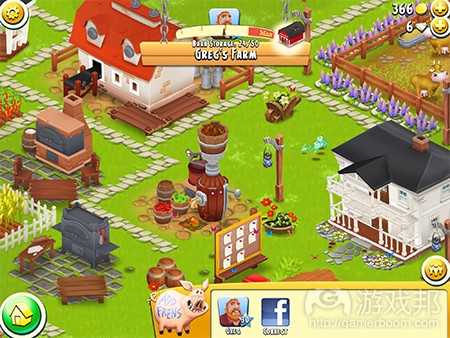 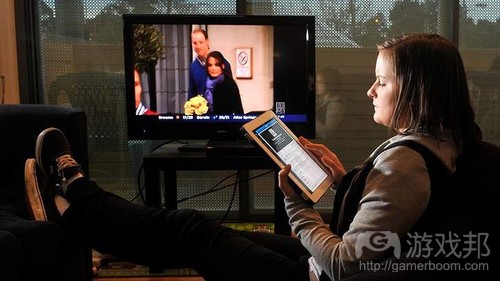 1）You people have bought over 170M iPads

You know those iPad things, the big screens that many said are like a stretched-out version of your iPhone?

Turns out we’ve bought over 170 million of them.

Now, let’s not get too excited about that up-and-to-the-right graph. We’re not surprised sales have gone up over time; we’ve seen them continue to creep despite some recent lulls in buying.

Apple announced the first iPad in 2010 and has steadily increased sales as people began to see the real consumer benefits tablets provide, no longer seeing them as clunky or business-only devices. In 2012 alone, the company sold over 58 million iPads, encountering a bit of a cooling-off period as more households obtained the medium-sized screens.

Last quarter, the cooling-off continued as Apple sold 14.6 million iPads, according to its third quarter earnings report. In the third quarter of 2012 Apple had sold 17 million.

But with today’s new iPad releases and updates, the company surely hopes to continue the hockey stick on this still relatively new piece of technology （source：venturebeat）

Apple introduced the latest in its full-sized iPad lineup today. It’s called the iPad Air, and it could have a major effect on the quality of future mobile games.

As expected, Apple updated the iPad Air with its powerful A7 chip. This means that the new device is now running iOS on a 64-bit processor. We covered what this meant when Apple included the A7 in its iPhone 5S, but let’s recap:

A 64-bit processor means that the iPad Air can address more memory. Apple didn’t reveal how much RAM is in the new device, but if it’s more than 4GB, that’s thanks to the A7. In human language, more RAM means that iPad Air can handle more and bigger programs at once.

While the 64-bit A7 theoretically gives iPad Air the capacity to handle more than 4GB of RAM, the device probably doesn’t actually have that much memory. Apple isn’t revealing that aspect of the system’s specifications, but the iPhone 5S has only 1GB of memory, according to a breakdown by website Anandtech.

The iPhone 5S definitely isn’t taking advantage of the A7′s memory-addressing capabilities, and it’s unlikely that the iPad Air is, either. For Apple, these devices are all about the future, but that doesn’t mean gaming on the iOS platform won’t benefit in the short term.

What is better about the iPad Air then?

Right now, the A7 in both the iPhone 5S and iPad Air should start cutting down on load times. Sure, 64-bit means the chips can handle more memory, but it also includes extra storage units called registers that can compute data a lot more efficiently.

“[64-bit is] a little bit of an overkill for where we’re at right now,” Infinity Blade III producer Geremy Mustard told GamesBeat about the A7 chip in September. “But it really helps with load times. That’s for games and for every app. It’s really amazing how smooth the operating system feels because it is running on this chip.”

This is especially important for Retina devices like the iPad Air. As more graphics-intensive 3D games aim to use the full breadth of the iPad Air’s 3.1 million pixels of resolution, they’re going to need to pack in a lot more data. The 64-bit processor will unload that data a lot faster than the dusty old 32-bit systems ever could.

The A7 is also a more powerful all-around chip than the hardware that powered previous generations of iOS devices. Apple confirmed iPad Air should see an eight-times boost to CPU performance and a 72-times increase in graphics processing over the original iPad. While that’s a weird comparison to make (the OG iPad is 4 years old), the iPad Air is still the most powerful iPad yet.

But it’s not the raw power alone that makes the iPad Air excellent for gaming — it’s the fact that both of Apple’s flagship iOS devices are now running on the same 64-bit base.（source：venturebeat）

3）Super success: Hay Day hits the top of the charts in Japan

Breaking into the Japanese mobile game market is easier said than done, but having friends in high places certainly helps.

Though it typically plays second fiddle to Clash of Clans in the headlines, Supercell’s other big game – the ever-popular Hay Day – is now making major waves in Japan, storming to the top of the App Store’s free charts in the country upon release.

The news adds yet further weight to the reasoning behind local giants GungHo Online and SoftBank’s decision to invest a cool $1.5 billion in the Finnish developer for a combined 51 percent stake.

The deal built upon an existing relationship between the companies that previously had seen GungHo promoting Clash of Clans in Japan, undoubtedly helping to set it on the road to success.

Indeed, yesterday saw the two parties lift the lid on a further week long tie up, with a Clash of Clans-themed dungeon brought to the world of Puzzle & Dragons.

The game was placed in the ‘featured’ section of the Japanese App Store, while review site AppBank – who also had an hand in the success of Clash of Clans – provided a friendly amount of coverage.

With Supercell gaining a firm foothold in Japan, eyes will now be on GungHo to see if its push in the west – no doubt now aided by its Finnish partner – can gain significant momentum.（source：pocketgamer）

Mobile developer TinyCo has announced its execution of a new strategy, which sees the Tiny Chef developer laying off 27 employees across its offices.

The news comes from TinyCo CEO Suleman Ali, who released a statement confirming the move (as reported by TechCrunch). A source says the employees came from the company’s Argentina and San Francisco offices.

“We’ve moved 10 steps forward on executing a specific strategy around how we build games and what games we build. To execute against this strategy, we decided to consolidate game development out of our SF office and reduce our staff,” the statement reads. “Laying people off sucks, especially since TinyCo has always been a breeding ground for great friendships. We’ll provide more updates, including a game launch, in the near future.”

In 2011, TinyCo appeared to be on the brink of becoming the Zynga of mobile games, and it received $18 million in a funding round led by venture capital firm Andreessen Horowitz. Its games include Tiny Castle, Tiny Monsters, Tiny Village [pictured] and other “Tiny” titles, in addition to VIP Poker.

The company launched its Tiny Partners user acquisition program this time last year, promising developers a 50 percent minimum revenue share for users sent to TinyCo titles through the program. Those games have fallen out of the spotlight recently, due to a saturation of casino games on the market, and the huge rise of King’s Candy Crush Saga and Pet Rescue Saga (as examples) on iOS.（source：insidemobileapps）

45 per cent of 18 – 35 year olds turn to their device first to interact with online content.

Mobile is becoming increasingly important to media consumers in the UK as 39 per cent reveal that their mobile is the screen they look at the most, according to research from Weve.

Tony Moretta, marketing director at Weve, recently spoke to ME about building one app for payments and loyalty cards.

28 per cent asked said that they would choose their mobile over a TV, compared to 27 per cent who preferred the latter.

46 per cent of 18 – 34 year olds stated that mobile was their first and most important screen.

The rise in mobile platform usage is impacting all aspects of media, including making online purchases where one in ten consumers would turn to their device first, and more than a quarter when interacting with online content.

David Sear, CEO of Weve, said: “The rise in importance of mobile is well-documented, but this research shows the true extent of consumers’ changing relationship with the devices in their pockets.”

Regarding messaging as a form of mobile relationship building between the media and consumer, the research has shown that 68 per cent say that they receive just the right amount or would like to receive more messages, with females being more responsive than males.

The top five areas that consumers are most interested in receiving messages about are entertainment, food and drink, technology, travel and health and beauty.

62 per cent agreed that mobile messaging is a good way to find out about brands and offers and 61 per cent feel that texts based on location are more relevant.

Sear added: “The status quo of the traditional media mix of TV, radio, online and print has remained unchanged for over a decade – mobile has been catching up fast, but it’s never quite sat at the same table as the better-established media channels.（source：mobile-ent）

6）Games are a $2.3B industry in Canada alone

The Entertainment Software Association of Canada has released its 2013 report on the state of the Canadian games industry, revealing that games brought in $2.3 billion of Canada’s gross national product (GDP) in 2012.

The report, prepared by Nordicity, also found that of the 329 game studios operating in Canada in 2013, 76 percent (about 250 companies) are domestically owned and operated, directly employing about 16.5 thousand people full time across the country.

“In line with the global growth trends of the video game industry toward mobility, 84 percent of Canadian video game companies are actively working on products or services for mobile platforms,” says the ESAC report, contrasting this with the 66 percent developing for PC/Mac and 48 percent geared toward console.

Also unsurprising, the vast majority of Canadian game firms (88 percent, or around 290 studios) are classed as “micro- and small-sized organizations,” most of which are under six years of age.（source：gamasutra）