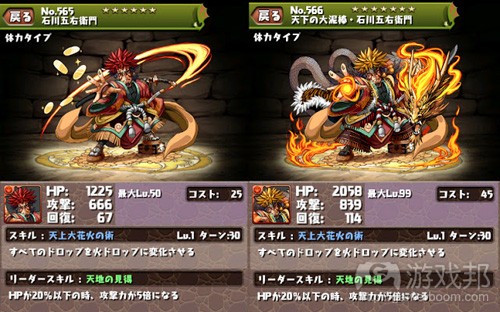 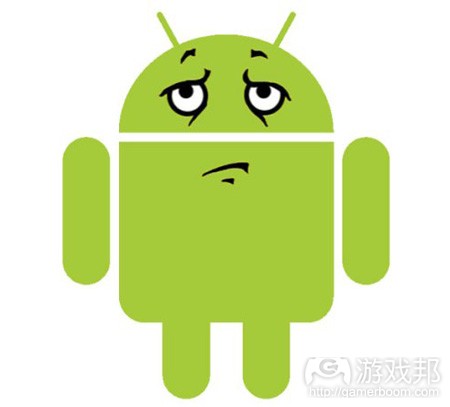 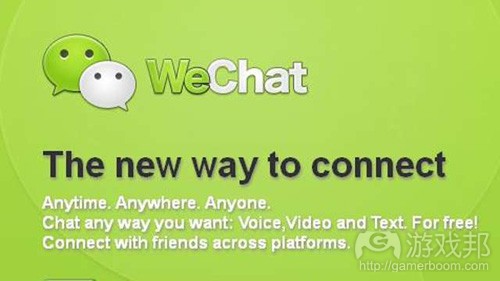 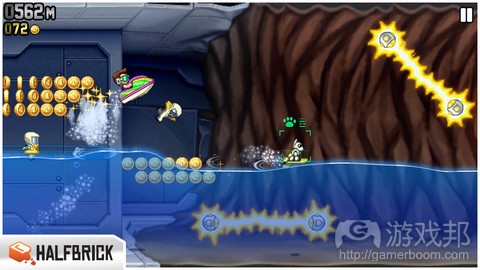 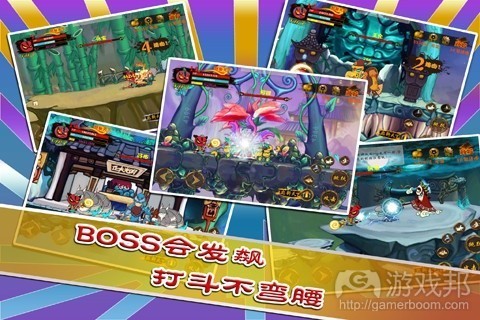 1）Puzzle & Dragons tops 1 million users in Korea, but US growth remains a mystery

Coupled with news that its player base in Japan has now surpassed 16 million, Puzzle & Dragons developer GungHo Online Entertainment has revealed the game now boasts 1 million users in south Korea.

Puzzle & Dragons launched in the region initially on Android in December 2012, rolling out on iOS the following month, meaning the game is gaining around 160,000 users in South Korea every month.

With a population of 50 million, it also means GungHo’s game has attracted an audience equal to around 2 percent of the nation’s total population.

GungHo has been less willing to talk about Puzzle & Dragons’ performance in the US, however – one of just four nations, including Canada, where the game is currently available.

A quick scan of the App Store’s top grossing charts in the US places the game in the #32 spot, with King’s Candy Crush Saga and Supercell’s Clash of Clans leading the way.

In its home territory of Japan, however, Puzzle & Dragons continues to add users at a rate of around 1 million every three weeks.（source：pocketgamer）

2）Report: DeNA Saw Sales In The US Between April-June Grow To $90 Million, Plans To Introduce Mobile News And Video In The US

The Nikkei has just reported online that things are starting to look better overseas for DeNA (2432): according to the Japanese business daily, the Mobage operator has seen sales in the US grow 600% year-on-year to US$90 million in the April-June quarter.

Note: this number hasn’t been confirmed by DeNA yet and probably means the company’s overall international sales, not only in the US.

The plan is now to turn Mobage overseas into a profitable business – on a monthly basis – “by the end of 2013″.

What’s interesting is that DeNA is reportedly planning to do this not only by continuing to offer games but expanding its products to other mobile content like news and video.

Without going into further details, the Nikkei says that the company will use its existing American Mobage platform for distribution (and not some other channel).

The paper has also learned that competitor GREE (3632) is trying to bolster its international operations as well, especially in Europe.

GREE is said to be ready to translate several English-language games into French, German, Italian and Spanish. In addition, the company will send personnel from its office in San Francisco to Europe.

Just yesterday, The Nikkei reported that GREE is likely to announce that sales and profit for the company as a whole have gone down last quarter.（source：serkantoto）

Mobile security company Bluebox said today that it recently discovered a vulnerability in Android that makes any Android device released in the last four years vulnerable to hackers who can read your data, get your passwords, and control any function of your phone, including sending texts, making phone calls, or turning on the camera.

CTO Jeff Forristal posted. “It can essentially take over the normal functioning of the phone and control any function.”

Bluebox modifed an Android device manufacturer’s application to obtain access to all permissions on the device.

The vulnerability is due to “discrepancies” in how Android apps are approved and verified, Bluebox says, allowing hackers to tamper with application code without changing the app’s cryptographic signatures. That means that an app — any app — that looks perfectly safe and legitimate to an app store, a device, an engineer, or a user actually could actually have malicious code embedded within it.

Forristal said the details of the bug were disclosed to Google back in February and that Google has “notified their device partners.”

The problem, however, is that because of Android’s fragmented nature and the fact that device manufacturers and mobile carriers release Android updates sporadically if at all, many Android devices are not running the latest software and cannot be user-updated.

“The availability of these updates will widely vary depending upon the manufacturer and model in question.”

That’s a disaster for users, because many Android users, particularly those in Asian and Eastern countries, use the 500+ independent Android app stores that have little or no authentication or verification procedures to ensure passing through their services are legit, forming a perfect opportunity for unscrupulous and technically-inclined thieves and spies to gain control of your phone.

I asked Google for comment and received a this terse response from a Google representative:

I’m not sure exactly how to interpret that, but I suspect that Google wants this to get as little press as possible while the company scrambles to get as many Android devices updated as possible before the end of July. A source who cannot be identified, however, did say that Google fixed the vulnerability in February and sent the patch to its partners at the beginning of March.

That’s a challenge, because many carriers have installed franken-versions of Android on devices sold two or three years ago with custom user interfaces and crapware pre-installed apps, and may not be able to turn out new, updated versions of their customized Android version quickly … or have a way to distribute them economically.

Users who are unsure of their phone’s update status or who are unable to update should be extremely cautious when installing apps, Bluebox says, and be sure to identify the publisher of the app before installing it. In addition, it’s a good idea to only install apps from Google Play, where Google has at least some ability to verify and validate apps — although that does not provide for perfect safety, Forristal said.

“People should look to upgrade their Android devices and inquire with their device manufacturer to see if they are tackling this issue,” Forristal told me via email. “Enterprises need to invest in comprehensive mobile security solutions that protect the integrity of their data against these kind of vulnerabilities.”（source：venturebeat）

KakaoTalk has just revealed it has 100 million users.

Tencent’s mobile messaging app WeChat announced it had 300 million users in January, but today’s news is all about its international reach.

This is important for mobile game developers because WeChat is about to open up its network to games.

Both Line and KakaoTalk have proved to be massive drivers of audience and revenue with games integrating their services riding high in the top grossing Google Play charts in Japan and Korea respectively.

WeChat is expected to provide a similar opportunity in China in the coming months, but it’s the international expansion of these social networks within Asia, and more widely, that is now being closely watched.

A city near you

WeChat is already strong in Southeast Asia – Thailand, India, Indonesia, Philippines and Singapore – while Kakao has recently added Vietnam and Indonesia to its Korean heartland.

Line is strongest in Japan, but also has large audiences in Thailand and Taiwan.

Interestingly both Line and KakaoTalk are find a growing market in recession-hit Spain, while Tencent says that WeChat is picking up users in Mexico and South America.

Indeed, it’s just signed a deal with Argentinian footballer, and world player of the year, Lionel Messi to further push its brand in the region.（source：pocketgamer）

Jetpack Joyride’s latest DLC, which asked people to pay for an item yet told them it was going to be free later in the week, has turned out to be “a big success” for developer Halfbrick.

Last week, an update to Jetpack Joyride added a vehicle called ‘The Wave Rider’ which costed $4.99 to download. However, that was deemed an ‘Early Bird Offer’, and users were told that they could instead wait for four days, and then receive the item for free thereafter.

While Halfbrick’s Phil Larsen wasn’t willing to divulge specific sale numbers for the experimental DLC, he told Gamasutra that the inclusion of the Wave Rider increased Jetpack Joyride revenue by over 4 times the usual amount last week.

The studio now plans to analyse exactly what happened during the sale period, see what the fans made of the move, and subsequently make plans for more of this sort of ‘timed-to-free’ DLC.

Larsen noted that when it comes to playing around with monetization strategies, Jetpack Joyride is a huge focus for his company right now, and we can expect to see more of this sort of thing in the immediate future. He also noted that Halfbrick’s latest game, Fish out of Water on iOS, will soon see “a few new things happening.”（source：gamasutra）