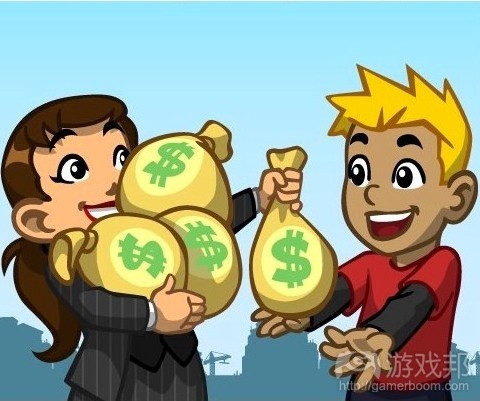 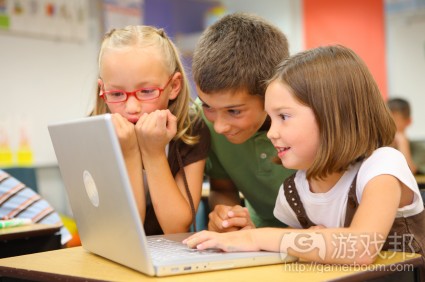 Newsbrief: Following its initial public offering in December, social gaming company Zynga plans to offer even more shares in an effort to achieve long-term stability on the market, reports Bloomberg.

By offering additional shares, Zynga hopes to allow its investors to sell some of their stock, while convincing large shareholders to agree to a longer “lock-up” period that prevents them from getting rid of their stock as soon as possible.

Bloomberg notes that this could help the company prevent its stock from dropping off after its lock-up period ends. Business networking company LinkedIn experienced that very fate last November, as shareholders dumped their stock shortly after the six-month lock-up period expired.

Gamasutra has contacted Zynga for comment, but has not heard back as of this writing.（source:gamasutra）

Leading social network Facebook has almost half a billion monthly mobile users, while its rival Twitter has around 60 million users, which both span across all demographics.

However, 59 per cent of British parents are concerned that their children aged between ten to 16 spend too much time using social media and 26 per cent are worried that it will affect their real-world social skills, according to MyVoucherCodes.co.uk.

48 per cent worry who they’re talking to, which 43 per cent fret over cyber-bullying, and given that 41 per cent of American teens are bullied via mobile, there’s every chance it could happen to British kids too.

Embarrassingly, over two-thirds admit they are clueless how much time their offspring spends on the platform and 53 per cent put this down to them owning smartphones.

Mark Pearson, chairman of MyVoucherCodes, says: “It’s not all that surprising to hear that parents are concerned about the amount of time their kids are spending on social media, however it was interesting to find out how many of them think that this is having an effect on their social life offline.

“If you are concerned about how much time your child is spending online, then it’s important to talk to them about it. Spending more time with them and doing things together out of the house is a great way to help them forget about Facebook notifications.”（source:mobile-ent）

The FarmVille führer has expanded its rule to Vancouver Island. Times Colonist reports that Zynga has opened a new studio in Victoria, British Columbia (BC), and will send some of the former Flock folks back to Vancouver as a result. If you remember, Zynga acquired Flock, the now-defunct social web browser, over a year ago, bringing its 13 employees to California.

While we knew little as to what purpose the Flock fraternity would serve at the time, now it’s crystal clear. While garnering talent in BC, this new studio will work on the new Zynga game platform, Zynga.com. (This makes sense, considering the company created its own web browser.) Eight of the 13 former Flockers will return to Canada to man Zynga’s new Victoria studio this month.

“We now have a [Zynga] presence in Victoria,” (formerly) Flock’s Clayton Stark told Times Colonist. “We don’t build the games, we build the stuff that brings them all together.” And Zynga has signed on some considerable partners to support its ambitious gaming platform, like Konami and Rebellion, the latter of which has never made a social game before.

Zynga joins the likes of GameHouse and East Side Games in Vancouver as they do battle for the area’s top talent. “The talent is available here more than it is in Silicon Valley,” Stark said. “And it’s been slow for people to recognize this. That’s part of the reason we have come back, we’re here to continue to grow. The big guys haven’t come and grabbed everybody here yet.” (Well, it looks like they’re about to.)（source:games）

After a bit more than a month, Double Fine’s extremely popular Kickstarter campaign has ended with an overall donation pool of $3,335,265, making it one of the highest funded projects in Kickstarter’s history.

The campaign, which sought to raise money for a new Tim Schafer-led point and click adventure game, broke several records for Kickstarter, and has even proven to be a source of inspiration for other developers looking to make products for niche markets.

Double Fine’s initial goal for the game (and its accompanying documentary) was $400,000, and within eight hours the project had met that target, and it even passed $1 million within its first day. In its subsequent project updates, the studio said that it will use the additional funds to improve the upcoming game.

As part of these improvements, the company has already confirmed that the game (currently known as “Double Fine Adventure”) will launch on Mac, Linux, iOS, and Android in addition to PC — the game will also receive full translations into French, Italian, German, and Spanish.

To celebrate the successful project, Double Fine hosted a special event on Ustream, during which Schafer said, “I don’t want to say this is the end of the whole games industry as we know it — it’s not, and it’s not a replacement of all publishers… but it does mean that if you’ve ever been told your part a a niche market, you can make things happen for yourself.”

He also announced that the studio pulled in an additional $110,000 from premium backers such as Ticket to Ride developer Days of Wonder and Harmonix CEO Alex Rigopulos, bringing Double Fine Adventure’s funding up to $3.44 million.

At the tail end of Double Fine’s Kickstarter campaign, inXile Brian Fargo debuted his own Kickstarter to fund Wasteland 2, a sequel to the classic Interplay RPG. This new campaign requires a minimum of $900,000, a sum considerably higher than Double Fine’s initial target.（source:gamasutra）

5）Wooga looking to mobile, but not IPO – Wooga is expecting more of its business to come from smartphones and tablets in the future. “I believe that playing on smartphones and tablets currently comes on top” of playing on a desktop or laptop computer,” the company’s co-founder and CEO Jens Begemann said to Reuters. Begemann also ruled out the possibility of an IPO, instead stating his company is concentrating on growth.（source:insidesocialgames）