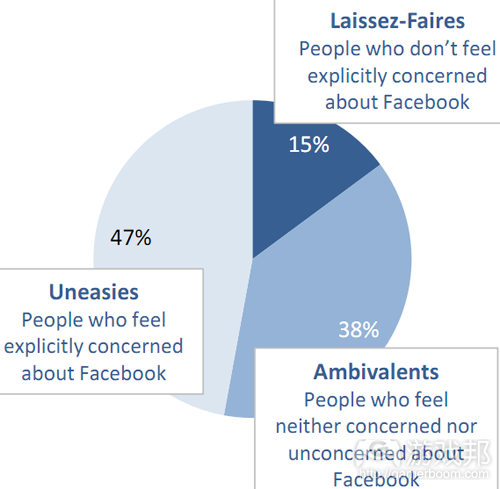 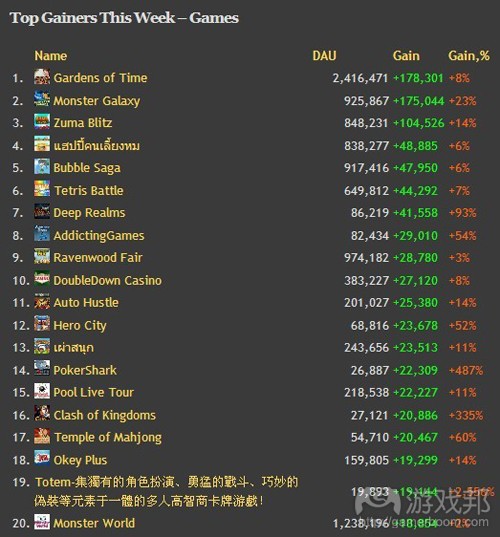 Four out of every five people on Facebook feel either uneasy or ambivalent about the information they share on these sites.

These feelings can erode the strength of a social media brand online, according to Netpop Research.

As for how people specifically feel about Facebook, Netpop says:

These figures mean that page administrators have to work harder to elicit personal data from people on Facebook, or at least find ways to engage with them.（source:allfacebook）

The Internet may feel U.S.-centric today, but there’s a big and rapidly connecting world out there. Leading Web-traffic monitoring service Experian Hitwise announced today the launch of its newest venue: Hitwise China.

Hitwise is great about publishing timely tidbits about Web statistics and I look forward to seeing U.S., global and China stats contrasted. The first offering along those lines? Hitwise says that microblogging is more common in China than it is in the U.K., U.S., France, Canada, Australia or India. Sina Micro blog, the leading Chinese microblogging service, sees one out of every 158 website visits in China, Hitwise observed last month. That’s more than 3.5 times as large a Web market share as Twitter has here in the US. That sounds like a good market to go monitor.

In the U.S., Facebook (which Hitwise does not count as microblogging) sees 64% of all social networking site visits. Why different social networks have found different levels of traction in different countries and cultures will be a fruitful field of study for the future. The investment of one of the most communicative of the Web analytics companies online into the large market of China could be a helpful step in our collective understanding of the changing international Web.（source:readwriteweb）

The investment shows the increasing appetite for investments in social games, especially those that hope to one-up dominant social game companies such as Zynga by providing a next-generation style of game play on platforms such as Facebook.

Ilkka Paananen, chief executive of Supercell, said the company is focused on making games that are bigger in scope than most social games but are less involved than massively multiplayer online games or console games. The Helsinki company’s first title is Gunshine, a crime-fighting game where players shoot criminals and other enemies in real-time in a place called Dawnbreak City. It is played from an overhead view. While the action is fast, the graphics aren’t that complex. The game has been in closed beta testing since February and is going to open beta today.

Supercell was founded in June 2010 and has 20 employees. Kevin Comolli, a partner in the London office of Accel, will join Supercell’s board. The company acknowledges it has hundreds of rivals in online games, from Bigpoint to Gameforge and Innogames. Rivals targeting the hardcore audience on Facebook include Kabam and Kixeye.（source:venturebeat）

4）SocialGO Rolls Out a Social Network Platform For Gamers

While many of the arguments among gamers revolve around whether PCs are a better platform for gaming than consoles, SocialGO has created a platform that won’t create so much strife. While many people who think of social media and gaming in one sentence, they tend to think about social games such as Mafia Wars and Farmville which are played on Facebook. Instead SocialGO is providing a social media platform that all gamers, regardless of game or platform preferences, can make use of. They are turning against the trend of bringing gaming into social media by bringing a social website to the gaming community.

The constantly changing nature of games and platforms means that gamers are constantly communicating with each other on the internet. However, due to the sometimes negative light that gamers can be viewed in, existing social media platforms may not provide a completely friendly environment in which they can communicate. So the solution of creating a completely separate social media network just for their clan or group of gamers can facilitate even better communication. This is particularly valuable to large groups who play games together but may not all reside in a close physical location.（source:sfgate）

Don’t worry Zynga, the other Big Z might like you after all. (Can somebody say, “Awww?”) At least Facebook CEO Mark Zuckerberg respects what social game developers have done for the games industry on the whole. In fact, paidContent reports that the Facebook chief said today at the eG8 convention in France that other media industries could learn from what companies like EA, Playfish and Playdom have done for online casual games.

“We’re going to see a lot of the transformation in these industries over the next three, five years that we have with gaming so far,” Zuckerber said. “The gaming industry has been completely transformed. Social gaming has taken off from scratch to be, the biggest companies in the gaming industry are now social games companies.”

More specifically, Zuckerberg congratulated Zynga and Playfish for “baking the principles of social design” into games, paidContent reports. And the effort is reaching even farther than the 27-year-old executive mentioned. Traditional publishers like EA have enlisted developers like EA2D to promote their existing games via Facebook games.

Even better, Facebook is digging its claws right into traditional games like the upcoming Uncharted 3, bringing the social graph right into consoles. And as Facebook inevitably continues to grow, it wouldn’t be surprising to see more console games (and movies and music) experience the same type of “social renaissance.”（source:games）

Russia has a long history with PC strategy games that includes the King’s Bounty series, a forerunner to the long-lived Heroes of Might & Magic PC strategy saga. Russian developer Nival hopes to bring the King’s Bounty franchise to Facebook both in Russia and in the United States by finding hardcore gamers on the site.

The ideal of the untapped “hardcore” gamer on Facebook is not new, with developer Kabam specifically targeting this demographic of dedicated male gamers as far back as 2008. With King’s Bounty and additional social game strategies for other intellectual properties, however, Nival is in a unique position to tap an emerging market for social games in a region Facebook hasn’t be able to penetrate well. The key, Nival North America General Manger David D Christensen tells us, is making chess appeal to checkers players with King’s Bounty: Legions for Facebook (pictured below).

King’s Bounty will be Nival’s first experiment with a purely social game that exists only on a social network, however, Facebook fits into the developer’s long-term strategy of developing “social strategy games” that build on multiple levels of skill and genre preferences of players into team-based multiplayer games. Christensen illustrates the concept of the game type with Nival’s other game in development, Prime World, for which Nival reportedly raised $5 million in funding.（source:insidesocialgames）

Playdom’s Deep Realms makes a surprise appearance at number seven this week on our list of fastest-growing games by daily active users, following a two-day spike in both DAU and monthly active users. It’s not quite clear what caused the spike, but the game’s got a ways to go to catch up with its sibling, Gardens of Time.

On to the rest of the top 20, we see Zuma Blitz and Monster Galaxy also making surprise returns with DAU lifts. Even farther down, we find poker, pool, and Turkish rummy-type tile game, Okey. Seems like Zynga’s temporary rise across all its titles from last week has died off.（source:insidesocialgames）

The deal shows that investors are looking beyond established markets to emerging countries where social games are still catching on. Peak Games, which has more than 10 million monthly active users on Facebook, is targeting its games at Turkey, the Middle East and North Africa.

The investment comes from Earlybird Venture Capital, an early-stage venture capital firm based in Munich, Germany.

Sidar Sahin, chief executive of the game company in Istanbul, said in an interview that it hopes to expand its roster of social games into markets such as Brazil and the broader Middle East region.

“We believe the next big Facebook games will come from an emerging market,” Sahin said.

While other companies try a one-size-fits-all approach for international markets, Peak Games focuses on making local versions of games that are culturally relevant to the people in the region. That’s key to getting a higher monetization than normal for an emerging market, said Rina Onur, co-founder and chief strategy officer.

Michael Pachter, analyst for Wedbush Morgan, said Peak Games shows that the social gaming market is a global one and that it may already own a leadership position in markets such as Turkey, the Middle East and North Africa.

Sahin founded the company in October, 2010, and it already has 50 employees and 10 games. The company has 10 million monthly active users playing traditional Turkish and Arabic card and board games on Facebook.

Onur said the company’s method is to understand its audience and make games directly for them. She noted that Turkey is the fourth-largest market for Facebook, with more than 28 million users. The number of Facebook users in the broader region grew 78 percent from a year ago.The company says it can reach as many as 56 million Facebook users now and expects that to grow to 250 million by 2015.

The company develops its own games and has also partnered with several leading social game developers in the West, including The Broth and MagnetJoy.