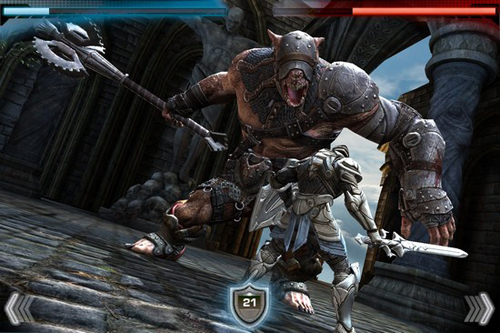 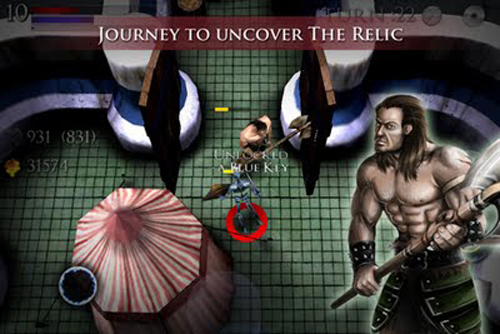 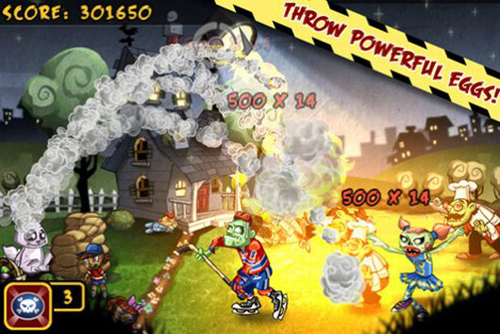 1）Three great rumours for you this week, just in time for the extended holiday weekend.

It’s no surprise that with the success of iPhone, iPod touch, and iPad that major development studios are taking an interest in making games for Apple device. Still, the idea of some of gaming’s biggest franchises – The Elder Scrolls, Might and Magic, among so many others – coming to iOS is nonetheless exciting.

While mobile games need not feel insecure when compared to console games, there’s still some joy to be taken in mobile gaming being taken seriously.

Even better, we were playing mobile games before they were cool, so that makes us part of the mobile old guard, right?

Having fallen in love with iOS during the development of superb action role-playing hit Infinity Blade, developer ChAIR has moved quickly into a follow-up project. While I’m not able to divulge the full identity of the title, I can confirm that it’s a role-playing game that goes deeper than Infinity Blade.

The game isn’t a sequel or spiritual successor to Infinity Blade; on the contrary, it’s a completely different game built specifically for iPhone, iPod touch, and iPad. Consider the first title a warm up for what I’m told is the entree: better graphics, more content, in-depth character customisation, and a story-driven campaign with multiple locations.

In other words, this is the triple-A hardcore title without compromise that everybody has been crying for. An announcement should be pieced together late summer, with a release eyed for the end of this year or the beginning of 2012.

Bethesda has long been toying with the idea of releasing an iPhone and iPod touch game, even teasing with the media on a prospective announcement. While a big reveal has yet to occur, sources point to an announcement soon detailing an iOS tie-in with fantasy role-playing sequel The Elder Scrolls V: Skyrim.

It’s unclear how the game will be structured. Will it be a side story? Will it set up the events before the game?

Perhaps it’s not a game at all, merely a dossier or reference manual to be used while roaming the realm. I’m inclined to believe it’s an action-packed side story with light role-playing elements modelled on the main game’s robust mechanics.

Even a port of The Elder Scrolls II: Daggerfall modified for play on a touchscreen – think about playing it on the larger iPad screen with its high resolution – would be welcome. Whatever the case, expect to hear about the tie-in over the summer, perhaps during E3.

Ubisoft issuing port of Might and Magic: Clash of Heroes HD for iPad

Even if you took issue with the cutesy style of Capybara’s take on the Might and Magic franchise, there’s no denying the good gameplay it offered on Nintendo DS. A recent release as a downloadable console title has reconfirmed its appeal and when Might and Magic: Clash of Heroes HD hits iPad later this year, you can echo its praises.

More a puzzle game than hack ‘n’ slash role-playing game, you do battle by matching soldiers together on the battlefield. Think Puzzle Quest, but with fantasy military units. It’s a unique concept that works well on a portable and certainly would be at home on iPad.

Chillingo division Clickgamer has released a new dungeon crawler on iOS called The Relic for both iPhone and iPad. An action role-playing game of sorts, the title is a loose, watered-down rendition of the popular Diablo franchise. Again, however, the comparison is used very loosely as this title is far from being release-worthy.

In the past Clickgamer has released quality titles, such as Modern Conflict, so it was a surprise when the iPhone and iPad game, The Relic turned out to be a distinct disappointment. With few action RPGs on the iOS, it was a game that could have been great. But it’s practically a lesson in what not to do in terms of design and basic playability.

There are more issues as well: Animations are jerky, visuals are simplistic and there are user interface elements that are unexplained (such as gold, which we’ve yet to need). The app also doesn’t autosave! Players must manually save, and if they quit, the app doesn’t say that game data will be lost.（source: insidemobileapps）

I’ve been a fan of Hothead Games for quite a while. From the Ron Gilbert helmed Deathspank to the criminally under-appreciated Penny Arcade Adventures: On the Rain Slick Precipice of Darkness series, they seem to be one of those groups that know how to make fun niche games. Bunny the Zombie Slayer is their first foray into the iOS market, and is universal for both iPhone and iPad. Do they continue what I believe is an impressive pedigree? For the most part, yes.

Bunny the Vampire Slayer has players flinging eggs from the left side of the screen to knock down zombies on the right side. That setup probably sounds familiar, but don’t think for a second that this is an Angry Birds clone. It isn’t. In Angry Birds you set your shot up in reverse order, i.e. I’m going to pull down and left and the bird will fly up and right since it’s coming out of a sling shot. In Bunny the Zombie Slayer you’ll tap and drag where you want the apex of your throw to be, since you have to throw them over the pile of sandbags in front of you. You’re aiming to get the egg to arch and hit the zombies right in the face.（source: gamezebo）

4）Is Alienware Working on a Gaming Tablet?

Today at a product briefing for their new 11-inch, 14-inch, and 18-inch gaming laptops, Alienware discussed the possibility of introducing a gaming-centric tablet device.

Though company representatives would neither confirm nor deny that a tablet was in the works, they did say that tablet products were a consideration.

“We’re looking at all form factors and how we can provide value to gamers using all of the different factors,” Alienware’s Product Group Senior Vice President, Frank Azor said. “The answer isn’t no, but it isn’t also yes yet.”

As a Dell-owned brand, Alienware it would seem that the company could easily leverage their parent company’s established resources within the mobile space to craft their own line of supercharged tablets and smartphones. Like the Dell Streak, an Alienware-branded smartphone or tablet would likely take advantage of Google’s Android platform, but since the range of  complex, graphically intensive mobile games is still somewhat limited, it may be awhile before there is enough justification for a gaming-centric mobile device. （source: ign）

5）Only local phones compete with Nokia in India

Opera has released its monthly State of the Mobile Web report – and one of the many little gems within it highlights one of the steadily growing problems of Nokia in the Indian market: homegrown devices.

Opera’s monthly release is something I really look forward to. As the most widely used smartphone web browser around the world, it offers a really good look at the ways that people in all sorts of different countries are interacting with the mobile web, and with smartphones in general. Back in September 2010, GoMo News noted that outside of North America, Nokia was still utterly dominant when it came to mobile web browsing. But the release for March 2011 paints a different picture.

Not a very different picture, mind you. Go and browse through the country snapshots for March 2011, and you’ll see the vast majority of mobile browsing is still being done on Nokias. But what we’re seeing here looks (to me) like the first few wobbles that highlight just how possible it is for Nokia to fall from grace – especially in developing markets like India. We’ve already reported on how the main threat to the big brands dominance in India comes from smaller, indigenous manufacturers; and now the Opera figures show that the sole non-Nokia phone in the Indian Top 10 devices for mobile browsing in March was from one of these manufacturers. The Micromax Q5 is number 8 on the list.

Nokia is already playing a losing game in America. There isn’t a single Finnish device on the Top 10 for the USA. Things are quite different in Europe, where every country has at least a few on their list (68 out of 100 for the 10 biggest data using countries). But with the demise of Symbian, it seems that new devices won’t be appearing to replace old ones as they wear out or break. I think the next 24 months are going to see a lot of changes to the State of the Mobile Web.（source: gomonews）

comScore is one of the biggest Internet research agencies in the world – it tracks on-line information for some of the Internet’s largest companies. Today, it has released results from its tracking of US credit card use on-line over the past year. And it shows a very healthy increase in the number of people who trust their mobile devices enough to complete credit card transactions on them.

The mobile factor is only one part of the larger study – based on findings from the panel of 1 million people that comScore maintains in the US, as well as a survey of 2,000 internet users from December 2010. The full report can be seen here, but we’re focusing only on the mobile aspect.

What are the findings?

There’s an interesting feedback loop at work here. As issuers of credit cards provided services like on-line banking, their customers became more interested in them. The more interest the users showed, the more services were provided. Many issuers are now very keen on providing their customers the easiest possible methods to use their cards by web or by phone. And users are beginning to respond:

13% used SMS to manage their accounts or complete a transaction （source: gomonews）