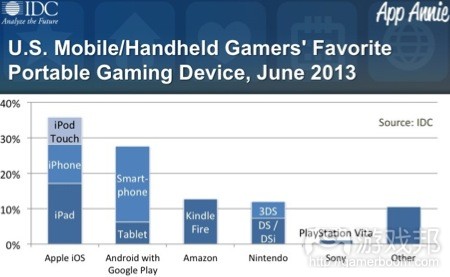 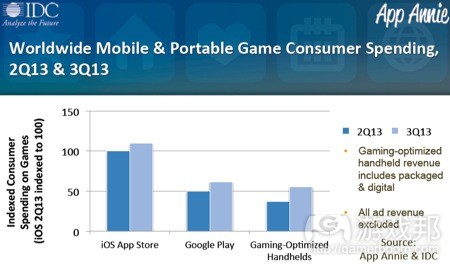 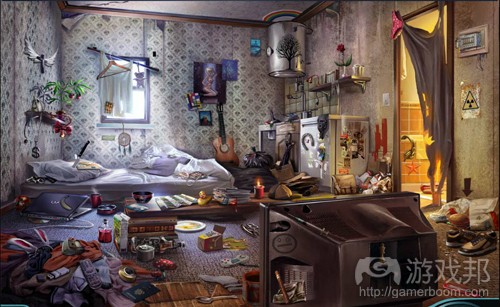 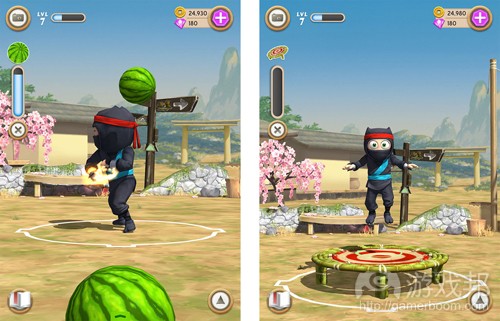 1）Less than 0.1% of App Store games are successful, claims Wooga

And why you should ‘celebrate’ killing games in development

“Is there such a thing as a KPI for fun?” asked Sebastian Kriese, corporate development lead at casual gaming specialist Wooga, during his talk at Game Connection Europe in Paris.

“If you’re testing a prototype for a new game, can you actually measure whether people are enjoying it after just a few days?”

The answer, as you might expect, is not really, though Wooga does have a refined process for deciding which games go into production and which are dropped into the recycle bin.

And for a studio like Wooga – which, according to Kriese, wants to release hit after hit after hit, each generating millions in revenue – ensuring you can follow up one success with another is crucial.

“According to our estimates, the value of the App Store market in the last 12 months is $12 billion,” added Kriese, “but the problem is, it’s all hit driven.

“Our estimates suggest less than 0.1 percent of games on the App Store are ever what we would call successful.”

Essentially, it’s Wooga’s mantra that, without a hit behind you, you’re nothing. You’re a nobody. As a result, at any one time the company has 60 prototypes in development.

Prototypes go into user testing immediately, Kriese revealed, with people picked up off the street – many who have never played games before – to take on said titles and give feedback.

“Sometimes it’s good to give those people prototypes you suspect aren’t really working, if only so you can compare their reactions to the prototypes you think do work,” added Kriese.

“Then the next stage is that the game goes into a ‘gate meeting’.”

These meetings involve a simple thumbs up, thumbs down system, where the company decides very quickly whether a prototype should be sent into production. If the answer is ‘yes’, then the game is shared with Wooga’s entire employee base – complete with analytics – once a playable build is available.

In for the kill

“Of the 60 prototypes we have going, only 15 will ever make it into production, and only 10 of those will ever be soft launched,” said Kriese.

Wooga’s soft launch territory of choice is Canada: “It’s English speaking, it’s big enough, and it gives a good indication of the US market as well,” he added.

“Everybody does it. Those poor Canadians! They must think all games are crap.”

Depending on the results of the soft launch, only 5 games from those 10 are ever launched, and the company believes around 2 of those will go on to become certified hits.

“We think it’s so much better to stop games that are not successful, that are average – we only want to release hit games.”（source：pocketgamer）

2）Chart of the Week: Kindle Fire is America’s most popular Android gaming tablet

Android is catching up with iOS in terms of which mobile OS is the most popular among portable gamers in the US.

But iOS remains the clear winner when it comes to revenue.

This is all according to the Q3 App Annie & IDC Portable Gaming Report, which also showed that – in terms of gaming preference – Amazon’s Kindle Fire was more popular than Android tablets that use Google Play.

Indeed, it’s a bigger category for gaming than the combined total of DS and 3DS – a surprising result.

Whether mobile gamers preferred Android, iOS, or gaming optimized handhelds (3DS, Vita), however, consumer spending rose across all areas when compared to the same quarter in 2012.

The biggest increase in consumer spending for the quarter was in gaming-optimized handhelds, which  – as App Annie and IDC point – traditionally see a pre-holiday bump in sales with the release of hit titles.

N.B. The bump observed in Q3 does not include the release of Pokemon X and Y for the 3DS.

Looking globally, Supercell, King, and GungHo all jockeyed for top grossing accolades – surprising no one in the mobile gaming industry.

3）Facebook games on the decline? No one told that to Pretty Simple Games

Pretty Simple’s Criminal Case is a hidden object game on Facebook. It has also just recently surpassed 100 million users, an impressive figure for any social game, and currently sits at about 6 million daily active users.

“It’s difficult to reach this size on any platform,” Pretty Simple’s head of communication, Serge Versille, tells Gamasutra. “Reaching just a million players is something that even big developers have problems achieving and when the game came out we had only 35 people.”

Pretty Simple is keeping revenue figures under wraps, only stating that Criminal Case has garnered total revenue in the “eight-figure” range.

Presently 50 members strong, the Paris, France-based studio is now looking to bring Criminal Case’s success to mobile through the iOS store in early 2014. To do that, Pretty Simple first isolated just what makes the game so attractive to Facebook’s userbase.

“This sort of crime scene investigation gameplay didn’t really exist on Facebook before Criminal Case came out,” says Versille. “Doing something new, obviously, is going to get us a foot in the door and some early interest. But building on that, we really needed to do things right in terms of virality and retention.”

The model for Criminal Case’s gameplay is conventional of free-to-play titles on the Facebook platform: Users get a certain amount of daily actions and can obtain more via friends or microtransactions. Where the game distinguishes itself from its contemporaries is perhaps the rich text and tone of its police procedural format — which, together with weekly updates, turns it into an interactive version of the sort of ripped-from-the-headlines crime dramas that millions of television viewers enjoy.

“Obviously that same audience is on Facebook,” says Versille. “We just tapped into it.”

“It’s the best distribution platform for free-to-play games right now,” Versille maintains, a view also held by company co-founder Bastien Cazenave. “In our opinion, the opportunity is unparalleled today. Even in light of something like Steam… We’re talking to a billion people on Facebook, whereas on Steam you are looking at 65 million. And that’s a different audience as well.”（source：gamasutra）

4）The iPad has a huge hit in Natural Motion’s Clumsy Ninja, with 10M downloads in a week

NaturalMotion said that its Clumsy Ninja game, which features a cute cartoon character with realistic animation and behavior, has been downloaded more than 10 million times in its first week. At that rate, the title could be on track to be one of the most successful iOS games of all time.

Users have already played the game with the cute autonomous virtual character for the equivalent of 1,000 years. And the app has five-star reviews across all major territories. It’s a free-to-play title, which means users can try it for free and pay real money for virtual goods if they choose. Even so, it is one of the top-grossing apps in the Apple iTunes App Store.

The London-based mobile game publisher launched Clumsy Ninja on the Apple iTunes App Store on Nov. 21 in an effort to create a new class of games based on virtual characters with great artificial intelligence. The innovative project is unique in the App Store and it has been in the works for more than a decade.

Natural Motion says the game is resonating across all age groups and genders. The appeal has been organic, as NaturalMotion isn’t advertising the game heavily across mobile channels.

Clumsy Ninja joins a string of NaturalMotion hits like CSR Racing, CSR Classics, My Horse, and Backbreaker Football. The titles all have high-end graphics and take advantage of Natural Motion’s obsession with producing groundbreaking technology.

“We are proud of [Clumsy Ninja], as it’s a fun game and the culmination of a lot of technology,” Reil said in an interview a couple of weeks ago with GamesBeat. “It’s Pixar quality [animation]. The eyes of the character move to match your movements. We tried to make it to appeal to everyone.”

As we noted before, few companies can do this kind of work. NaturalMotion started as a game middleware provider, creating a simulation technology called Euphoria. That tech found use in groundbreaking console games such as Star Wars: The Force Unleashed and Grand Theft Auto IV to simulate characters and imbue them with both intelligence and emotion.

With the free-to-play game Clumsy Ninja, NaturalMotion can finally bring that simulation technology to tablets, which have been making great leaps in processing power. The game is exclusive on the iPad and iPhone.

I’ve tried the game out, and so has my 10-year-old. We think that Clumsy Ninja is a wonderfully funny and warm character. You can tickle him by rubbing the touchscreen. You can pick him up and toss him into a basketball hoop. He gets slightly annoyed at that, but he doesn’t express any serious attitude. You can toss him in a hoop and he’ll try to hang onto it.

While the character is cute and the game is certainly popular, the next test will be to see if it has staying power. Clumsy Ninja doesn’t have endless gameplay, and NaturalMotion will now be under pressure to keep adding to the experience so that players stay with the game, which has the potential to be a lot more than just a novelty, given the numbers of downloads.

Normally, game designers have to create painstaking animations that model every possible kind of behavior. They predefine what a game character will do based on certain inputs. But with Clumsy Ninja, NaturalMotion’s designers don’t do that. Rather, they create the character from the bones up. They do that just once. They imbue the body with physics, based on the Euphoria engine. So the arms will move like arms and limbs will behave in a realistic fashion. They marry that to artificial intelligence, which tells the character what to do in a given situation. Then they essentially let the character loose in a game world and see what happens.

With canned animations, all you can do is play back an animation in response to something the gamer does. Clumsy Ninja can generate procedural, or on-the-fly, animations, based on actions taken by the A.I.

Hence, rather than creating a ton of animations, NaturalMotion creates a simulated character inside a game world. That takes a lot of work upfront, involving the creation of the engine, the physics, the A.I., and the game world. But once that work is done, it is reusable.

NaturalMotion should be able to capitalize on this success by releasing a whole string of virtual character games based on the same technology. While it took a decade to get the technology right, the actual game took about a year to develop. The Clumsy Ninja team, based in Oxford, England, had about 19 people at its peak.（source：venturebeat）