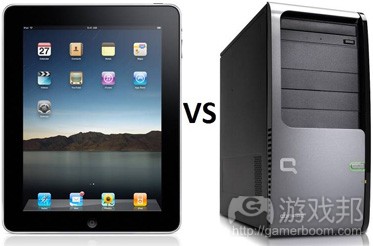 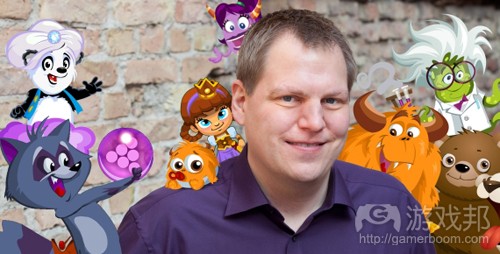 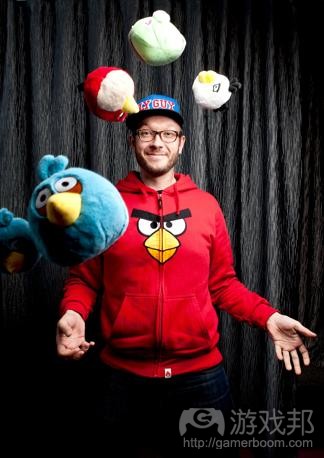 So it turns out this tablet market isn’t quite a fad after all. Research firm IDC has numbers to prove it, publishing on Thursday the reported 2012 shipment figures for smartphones, tablets, laptops and desktops. It won’t surprise you that smartphones continue to be the tops among these devices, but it may surprise you that tablet shipments have nearly caught up with those of desktops.

I was joking about the tablet “fad” of course; I’ve been sharing details of the fast-growing tablet trend for some time. Over a year ago, I explained in a GigaOm Pro report why the “PC” you buy in three years won’t be a PC, but instead will likely be a tablet (subscription required).

The numbers are in

To be fair, desktops are the dinosaurs of the PC industry as laptops first enabled mobility that smartphones later extended. So maybe the fact that only 20.1 million more desktops than tablets shipped in 2012 doesn’t impress you. Instead, take a look at the laptop market, where tablet shipments approached 63.5 percent of laptop shipments last year.

Think about that for a second. The consumer tablet market arguably started with Apple’s iPad in 2010. And in three years, the market is nearly equal that of desktops and is on track to surpass laptops possibly this year. All it would take is the roughly the same rate of growth for both tablets and laptops.

That’s not an unreasonable assumption and if it holds true, 229 million tablets would hit the market in 2013 while the laptop market would shrink to just under 200 million units.

Why is this market changing? Again, one need only look to the past to see the future. I said this last March when discussing how tablets could outsell PCs in 2013:

“Mobile devices are enabling new economies, opportunities and functions we couldn’t envision just a handful of years ago. Ignore this trend and you’re sure to think there’s no way tablets could ever outsell PCs, let alone do so within the next two years. Look at the next generation embracing tablets, however, and you start to see that the idea isn’t so far-fetched after all.”（source：gigaom）

2）Wooga: 15 months ago, we made no money on mobile. Now it’s half our revenue

Speaking at a press event in Berlin, CEO Jens Begemann has announced that one-time Facebook champion Wooga is now heavily into mobile.

“Just 15 months ago, we made no revenue on mobile,” Begemann explained.

“Now, half of Wooga’s revenue is from mobile.”

But is that sustainable growth?

“We are a private company that wants to grow long-term in a sustainable way, and we see the disadvantages of chasing quarterly targets like some other companies have to.”

That said, Begemann continued, “We are profitable as a company,” although he declined to discuss exact revenue numbers.

With that out of the way, the stage was set for Wooga to announce its new lineup of games.

First of all, the German studio announced that it was bringing its popular gardening sim Monster World to mobile. The title has been available on Facebook for three years, where it still attracts millions of daily active users.

More significant perhaps, was Kingsbridge, a game that represents Wooga’s move into midcore. The title is a PVP city builder in the Clash of Clans mold that will launch on Facebook in April.

Pocket Village was next, and it’s Wooga’s first game that’s been developed exclusively for mobile devices. It too is a city-builder, although with a more casual bent.

Think Smurfs’ Village rather than Kingdoms of Camelot.

Finally, Pearl’s Peril is a hidden-object game with a novelty. In a bid to retain players for longer, Wooga will release new ‘chapters’ for the game each and every week after release, providing players with new scenes to solve and new developments in the game’s ongoing narrative.

And, taking a leaf out of King.com’s book, Wooga has developed a cross-platform synchronisation solution for Pearl’s Peril, allowing users to pick up from where they left off whether they’re playing on iPhone, iPad or PC.

Unsurprisingly, all of these games will be free-to-play and monetised via various forms of in-app purchase.

And while all of the above titles are launching on Facebook or iOS, Wooga had a message for Google fans too – “Android, here we come.”

In fact, Wooga delivered a commitment to bring all of its future games for the iPhone and iPad to Google’s mobile OS at some point.

But while mobile is clearly of growing importance to Wooga, it isn’t leaving Facebook behind.

As such, the presentation was rounded off with a brief talk from Julien Codorniou, the head of European gaming partnerships for Facebook.

“We’re a platform and we’re supposed to be neutral,” said Codorniou. “But it’s a special day and Wooga is a very special partner for Facebook.”

Codorniou’s impartiality is understandable, though, given the fact that Wooga’s social portfolio attracts 50 million Facebook gamers each month – or 5 percent of the Social Network’s entire userbase.

And, in an interesting line of thought, Codorniou attributed Wooga’s success on mobile to Facebook – at least partially.

“I’m sure the future is bright for Wooga,” Codorniou concluded.

Whether the lion’s share of that prosperity will come from Facebook or from mobile will be interesting to see.（source：pocketgamer）

As the game industry continues to rebirth itself amid various transitions in business, Electronic Arts has announced it has laid off a number of workers across various locations.

EA Labels president Frank Gibeau mentioned in a post titled “Transition is our Friend” that layoffs have occurred in multiple studios.

“This week we let some people go in Los Angeles, Montreal as well as in some smaller locations,” he wrote in a post that was focused on the ongoing video game console transition.

Gibeau said EA will try to “soften the tough decisions” by offering severance packages and outplacement services to those who lost their jobs.

“Many employees are being retrained for new positions; however a small number will be released. These are great, talented people and we wish them well. EA is growing globally, and we expect our headcount to increase this year.”

A rep for the company declined to disclose the headcount impact on specific teams and studios within EA. Asked about reports that the company is completely shutting down EA Montreal / Visceral Games, the rep said: “EA Montreal is a key development studio where our long-term plan is to sharpen our teams’ focus on console and mobile games.”

EA Montreal has developed games in the Army of Two action game series (the recent Army of Two: The Devil’s Cartel is pictured). Visceral Games’ work includes the Dead Space series, whose development is led by Visceral’s Redwood Shores studio, which is still in operation.

With new consoles from Sony and Microsoft on the horizon, EA and other major video game publishers are dealing with an industry that is seeing rising triple-A development costs, and new customers who are buying games in new ways, and on new digital platforms.

Gibeau pointed out that EA has seen success on iOS and Android mobile platforms, where the company leverages its popular video game properties.

With Sony just announcing the PlayStation 4 last night, and with a new Xbox on the horizon, more change is coming. The executive said the publisher will forge ahead. “Console transitions are a complex and challenging experience. I’ve helped navigate several and agree with an old saying we have at EA: Transition is our friend.” （source：gamasutra）

Playhaven, a startup that had to do three major pivots before finding traction in helping other mobile gaming studios monetize their existing players, just scored another major hire.

“I basically led marketing activities for the whole Angry Birds brand. We saw really amazing growth and really, it was a once in a lifetime experience,” said Heijari, who will now be Playhaven’s general manager for Europe.

He’ll recruit developers to work with the company, which already counts big developers in the region like Supercell and NaturalMotion among its clients.

Playhaven started out as a social network for gaming, then became a way for developers to build player communities. Neither of those strategies particularly worked.

But after they tried helping developers manage real-time messaging and monetization of their players, something clicked.

Playhaven launched an HTML5-powered platform last year that let mobile developers quickly publish a variety of overlays through which they could serve rewards, virtual goods and promotions on the fly. These overlays are targeted based on different user behaviors.

The company now reaches about 115 million monthly active users and 460 million uniques through games on its platform. （source：techcrunch）

Time sure flies when you’re having fun, as Zynga is already celebrating a pretty big milestone in the history of Draw Something on iOS and Android. The game has passed its first birthday on the App Store, and in that time, the game has been downloaded over 100 million times.

From promotions with The Lorax and Lexus to launches all around the world, Draw Something is now being played by people in 190 countries and in 13 languages. The game holds the honor of being the first “iTunes Hat Trick,” an app that has earned the top spot on the Paid, Free, and Top Grossing iTunes App Charts. Over 28,000 years have been spent by players simply drawing images, and Lady Gaga (yes, the singer) has been drawn within the game over 11 million times.

Want more fun Draw Something stats from the last year on iOS and Android? Check out the fun infographic below, or add to the stats yourself by downloading the game for free on your iOS or Android device of choice.（source：games）