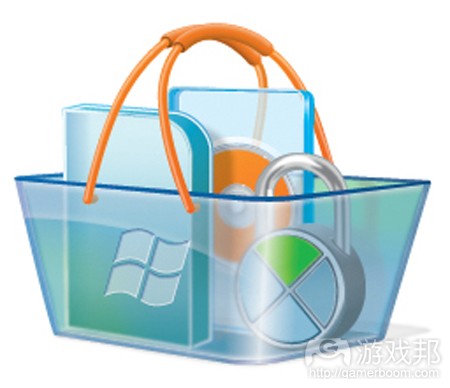 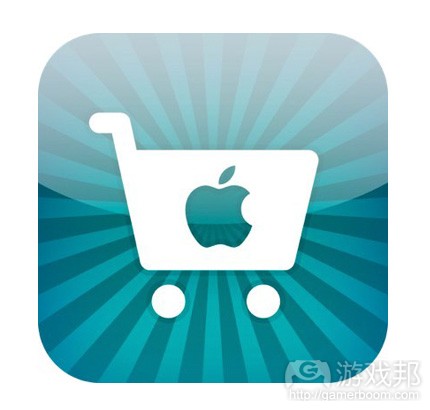 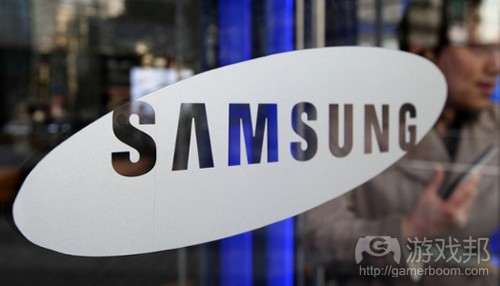 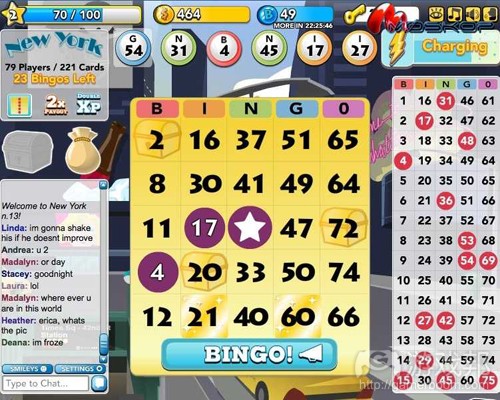 There can be no doubt that 2012 was a very important year for Microsoft, though it probably wasn’t the successful year the company had envisioned during the planning stages. With the launch of Windows 8 and Windows Phone 8, Microsoft’s biggest challenge beyond just getting people to buy them was getting developers to write apps for them.

According to Todd Brix, Microsoft’s Senior Director for Windows Marketplace, there are now more apps available for Windows Phone users “than at any time since we first launched Windows Phone 7 two years ago” (it would, of course, be pretty embarrassing if that weren’t the case). Microsoft certified and published over 75,000 new apps and games in 2012, roughly doubling the number of available apps over the year. Developers also published over 300,000 updates.

The average Windows Phone user, Microsoft says, has downloaded 54 apps, but today’s update doesn’t say how many of these were paid and how many were free. Brix also notes that Microsoft has improved app discoverability by bringing some of Bing’s search features to its store.

Brix writes that the last year was about establishing “a new, scalable platform on the phone and in the cloud upon which we can better achieve our mission: to provide a confident, convenient and customized app experience for our customers across the world, and enable developers to rapidly innovate and realize opportunity.” He also acknowledges that “transitions can be frustrating,” but reassures developers that “it is now complete.”

He also notes that even though most developers are still working on their Windows Phone 8 apps (the platform only shipped a few weeks ago, after all), but developer revenue is already up 40% in the last 30 days since the Windows Phone 8 SDK release and he expects “that to grow with new hardware sales and as apps with the new capabilities like in-app purchase begin to reach customers.”

There have been a few encouraging signs for Windows Phone over the last year, but the platform is still hovering somewhere around a paltry 2.6 percent of the smartphone OS market. Despite Microsoft’s relatively generous payout scheme, most developers will continue to target the most popular platforms first – and that’s where consumers tend to go, too. Brix writes that “there has never been a better time to develop for Windows Phone,” and that’s probably true, but the same can likely be said for the more popular platforms, too.（source：techcrunch）

More iOS and Android devices are activated on Christmas Day than on any other day of the year. This year was no exception. On this Christmas Day 2012, more iPhones, iPads, Galaxy’s, Kindle Fires, and more, were activated than on any other day in history. Moreover, as soon as we could tear the wrapping paper off our cool new devices, we started downloading a record volume of apps.  Let’s get into the numbers.

How Did Santa Fit All Those Devices Into His Sleigh?The chart below shows the number of new iOS and Android devices detected worldwide by Flurry on Christmas Day. With more than 260,000 apps using Flurry Analytics, Flurry detects over 90% of all new iOS and Android devices activated each day. The company regularly triangulates its device coverage with publicly announced figures from Google and Apple.

In order to appreciate the magnitude of new devices activated on Christmas Day, Flurry established a baseline using the average from the first 20 days of December. Over this period, daily activations averaged around 4.0 million per day, with variance of a few hundred thousand in either direction per day. On Christmas Day, activations soared to more than 17.4 million, a 332% increase over the December baseline. By comparison, Christmas Day 2011 held the previous single-day record, having reached 6.8 million device activations. Christmas 2012 is more than 2.5 times larger than Christmas 2011, which surpassed its own baseline by more than 300%.

With a record number of iOS and Android devices flooding the market, we next look at the surge in app downloads. For these figures, Flurry estimates its percentage penetration per platform to estimate total market app downloads. The company also benchmarks download volumes tracked in its system against publicly released app download milestones from Apple and Google.

The above chart shows that, compared to the baseline, app downloads more than doubled on Christmas.  Specifically, over the December 1 – 20 baseline, download volumes increased by 112% on Christmas. Despite the ever-growing installed base of existing smart devices, the influx of new devices on Christmas Day still helped deliver a record download day, besting that of any previous day in history.

It Was Christmas All D*mn DayFor our next chart, we look at the distribution of downloads per hour across Christmas Day 2012. The shape of this curve looks like a table top, with downloads jumping early in the day to around 20 million per hour, when most of us were still in our pajamas, and remaining at this level for most of the day, even after the egg nog was gone. For perspective, we compare this to the average distribution of downloads per hour clocked between December 1 – 20.

More of Us Asked Santa for Tablets This Year

For our final chart, we drilled down into the split between smartphones versus tablets.  While smartphone activations typically outpace that of tablets by 4:1, on Christmas Day 2012, more tablets were activated than smartphones. The big winners were Apple iPads, Apple iPad Minis and Amazon Kindle Fire HD 7” tablets. In particular, Amazon had a very strong performance in the tablet category, growing by several thousand percent over its baseline of tablet activations over the earlier part of December.

Over the next week, up through New Year’s Day, app download rates will remain significantly elevated.  Flurry anticipates downloads to surpass more than 1.5 billion, and have a shot at breaking through the 2-billion download barrier for the first time ever. We look forward to accelerated growth in 2013, and continued success for developers.（source：flurry）

Every year in the weeks leading up to Christmas developers and publishers make plans to make the most out of the Christmas opportunity. Last year, we reported that downloads tripled on Christmas Day compared to the December 2011 average. A lot of iPhones and iPads were also sold as Christmas presents for 2012 and all those new devices obviously need some cool apps.

Distimo AppIQ data shows us that the 2012 daily download figures in the Apple App Store for iPad and iPhone increased by 87% on Christmas Day compared to the December 2012 average, and moreover, the revenues showed an slightly lower increase of 70%. Given that the iPad downloads and revenues rose by 140% and 83% respectively, the iPad seems to have been a very popular gift.

All publishers aim to be in the top charts to fully capitalize on the most recent group of new potential customers. The 10 iOS applications that have made the most out of it this Christmas on a worldwide level (top 40 countries) in terms of downloads are：（source：distimo）

4）Amazon tops in customer satisfaction, as Apple slides out of the top 5

Apple’s online store slid out of the top five in customer satisfaction while Amazon remains tops, according to an online retailer study by Foresee. In fact, Apple had its lowest score in four years, achieving only an 80 percent rating.

Amazon retained its industry-leading 88 percent satisfaction score from 2011 in the study, which asked more than 24,000 consumers about their online shopping experiences between Thanksgiving and Christmas. Dell slid to 77 percent — below average —  while Netflix improved slightly. The worst performer, however, was JCPenney, slipping from 83 percent to 78 percent.

Amazon has had the highest score running for eight consecutive years, according to Foresee.

“At this point, Amazon has been dominant for so long and has such a history of focusing on the customer, it’s hard to imagine anyone else coming close,” ForeSee president and CEO Larry Freed said in a statement. “Companies should emulate Amazon’s focus on the customer, which is clearly linked to superior revenues over the years.”

In Apple’s defense, it might argue that those superior revenues are not accompanied by significant profits. And that it’s difficult to maintain high standards when the company increased net sales 144 percent from $108 billion in 2011 to $156 billion in 2012 — a staggering number that is quadruple Apple’s sales from just four years ago.（source：venturebeat）

Samsung is looking to move around 20 percent more mobile phones in 2013 than it did in 2012, according to a new report from The Korea Times. The Korean electronics firm wants to ship 510 million phones in the New Year, which exceeds the 420 million it projected for 2012. The 2013 increase adds anticipated holiday sales to its existing 288 million total devices sold through September. Around 76 percent, or 390 million, of that 510 million will be smartphones, according to a key Samsung supplier speaking to the Korea Times.

These figures are very optimistic compared to earlier projections from Gartner, which pegged Samsung at around 300 million smartphone sales next year at the upper limit. Samsung has since shown itself as a very strong competitor in the latter half of the year, thanks to devices like the Galaxy S III and Galaxy Note 2, which have helped the smartphone maker become the top global cellphone brand in 2012, finally overtaking Nokia to win that honor, according to iHS iSuppli projections.

While Samsung execs see a possible slowdown overall for smartphone demand, the company will offer Windows 8 devices and smartphones shipping with TIZEN – a joint project with Intel — in addition to its existing stable of Android-based handsets. It also claims in the report to be considering “better pricing” in developing markets to drive growth, and provide LTE-capable handsets at lower costs in more established markets like North America.

Put in perspective, Apple’s iPhone sales for 2012 totaled just over 125 million, so Samsung’s plan would see it outselling its strongest smartphone market rival by a considerable amount and outpacing its other Android handset maker rivals by even more of a gap. Given how strong the Korean electronics maker has come on in both the Android OEM race and overall smartphone market, that’s not too surprising or unrealistic an expectation for 2013.（source：techcrunch）

While not surprising to see Caesars making another acquisition in the social/mobile games space given its long term commitment to being No. 1 in i-gaming, we are a bit surprised to see the casino branch going with Buffalo Studios when lately Bash Gaming (formerly BitRhymes) has been getting more media attention for its success with Bingo Bash on mobile.

The last we heard from Buffalo was in October, when the studio touted Facebook’s power of engagement, saying that 80 percent of Bingo Blitz’s mobile revenue came from Facebook players. In June, the developer partnered with Riviera Casino & Hotel for an in-game themed promotion, but that was the greatest extent to which we’d heard the developer was working with a land-based casino company.

UPDATE: A source with knowledge of the deal tells Inside Social Games that the base purchase price for Buffalo Studios was lower than what Caesars Interactive paid for Playtika. Like Playtika, the Buffalo acquisition also includes an earn-out amount based on future profit.

Terms of the acquisition were not disclosed. Caesars Interactive will retain 74 employees at Buffalo Studios’ Santa Monica studio and roll both Bingo Blitz and its game, Bingo Rush, into an affiliate of its Playtika subsidiary.

According to AppData, Bingo Blitz is currently the No. 6 most popular Facebook game in the Gambling category with 710,000 DAU, right behind Bingo Bash with 750,000 DAU. Zynga’s Texas HoldEm Poker is at the No. 1 spot with 6.5 million DAU, followed by Playtika’s Slotmania with 2 million DAU.（source：insidesocialgames）