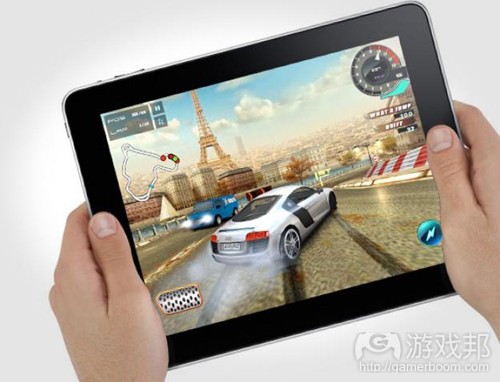 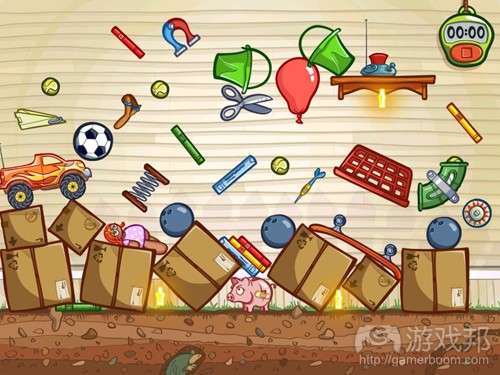 1）How much are Tablet users spending on Virtual Goods? ABout $62

Magid Associates have released their latest gaming trends research (although 10 minutes of Googling and I still can’t find the original. I’m relying on GamesIndustry.biz’s write-up).

The key stats that leaped out at me:

Where are the active gamers (%age playing games on a platform in a week):

•50% played console games at least once a week

•44% played mobile games at least once a week

Where is the money on new platforms?

•Tablets: The average tablet gamer downloaded 20+ apps last year, and 23% of them are paying for virtual goods, averaging $62 per spender

•Smartphones: The average smartphone gamer downloading 10+ games last year and 14% of them are paying for virtual goods, averaging $25 per spender.

Note that these appear to be “self-reported” numbers, which can be very unreliable.（source:gamesbrief）

2）One-third of Brits are bored of Draw Something

OMGPOP’s Draw Something game seems to have peaked early. The two-player Pictionary-style app was pegged as the next big thing, following Zynga buying the startup for $180 million, and 50 million downloads in 50 days, but its use is on a gradual decline.

Now, discount website MyVoucherCodes.co.uk says 54 per cent of Brits play Draw Something less than once a week, while just 13 per cent still use it daily.

It’s a complete about turn from two-thirds confessing they used to play it instead of working, with the average user clocking up an average 30 minutes of daily play.

47 per cent now say the app’s novelty has worn off, while 31 per cent claim to be bored of it.

Mark Pearson, chairman of MyVoucherCodes.co.uk, said: “It was very interesting to see how many people have actually given up on Draw Something. To think that many people have gone from playing it every day to playing it less than once a week in about five weeks is quite surprising.

“It is quite easy to forget about it once you stop playing it for a while and when you think about games such as Angry Birds, it’s quite easy how to see how the novelty of a new game wears off. Furthermore, if your mates have stopped playing, it’s not really as fun if you’re just playing against random people.”（source:mobile-ent）

Tiny Tower developer Nimblebit is soliciting feedback from Twitter to help it refine some of the user interface elements in its upcoming game Pocket Planes.

It’s not the first time Nimblebit has solicited player feedback for the game. Earlier in the month Marsh asked his Twitter followers to submit their ideas for Pocket Planes BitBook posts — the private and often silly thoughts the game’s characters “post” to a fictional social network.  According to Nimblebit’s other co-founder David Marsh, the tweet resulted in a flood of suggestions, approximately 20 or 30 of which have been added to Pocket Planes so far.

“It’s important for us to share things from the development process because the feedback we get is constructive, and getting good reactions from people helps motivate us to push towards the finish line,” Marsh tells us.

While having users weigh in and contribute to a game as its in-progress isn’t common, it appears to be paying off for Nimblebit. So far the company’s free-to-play hits Pocket Frogs and Tiny Tower have earned enough to recoup their development costs more than 100 times over. Tiny Tower also boasts an impressive conversion rate — in a previous interview the company revealed about five percent of Tiny Tower users pay, and the game sees an average revenue per paying user of $10.

According to Marsh, Pocket Planes has been in beta testing for just over a month and the game is tentatively scheduled for a June release.（source:insidemobileapps）

For the first time since Rovio announced its acquisition of the Casey’s Contraptions IP, the game’s co-creator Noel Llopis has gone on record to explain why he waved goodbye to the franchise.

Speaking via his blog, Llopis hinted that it just wasn’t the prospect of money that tempted him and fellow co-creator Miguel A. Friginal to sell, but also the knowledge that the game – soon to be relaunched as Amazing Alex – would be “in good hands.”

“Half way through development we realised we had something special in hand, and when Apple selected it as the iPad game of the week and the reviews and comments came pouring in, we knew the game had connected with a lot of people,” said Llopis of the game.

“We were understandably very attached to the game we had just released, but Rovio eventually made us an offer we couldn’t refuse.”

Llopis, however, went on to express his admiration for Rovio and its highly popular Angry Birds series, which recently hit 1 billion downloads.

“I’ve always had a lot of respect for them: Angry Birds wasn’t just a fluke, it’s a super approachable game, perfectly suited for mobile phones, and crafted to perfection.

“They deserve all the success they got.”

Llopis, who founded Snappy Touch, stated he and Miguel have chosen to have no involvement in the future of Amazing Alex instead choosing to focus on new projects.

“Whatever my next game is, it’s going to be a more personal, more niche game. Something that I can be really excited about working for however many months it takes, and something I can be really proud of after launch,” said Llopis.

Rovio plans to launch Amazing Alex on iOS and Android in July. The original game has since been pulled from the App Store.

“At least we can rest easier knowing Casey is in good hands,” he concluded.

“Whenever Amazing Alex becomes a worldwide hit, we can proudly point to that and say we started that game.”（source:pocketgamer）

South Korean developer and publisher has reached 120 million downloads for its mobile titles, which helped increase the company’s revenues and sales for the quarter. It crossed the 100 million mark in February.

Gamevil notes that it has almost completely transitioned into a free-to-play smartphone publisher, where 91 percent of its sales came from in-app purchases, and 92 percent came from smartphones. Its revenues outside of Korea also grew by 437 percent.

Best known for releasing titles from the Zenonia and Baseball Superstars series, Gamevil expects to release over 40 games this fiscal year (ending December), including 16 during the April-to-June period (five developed internally, 11 externally). （source:gamasutra）

6）3,997 Models: Android Fragmentation As Seen By The Developers Of OpenSignalMaps

Over the past six months, the folks at OpenSignalMaps have been keeping tabs on the devices that have been downloading their network monitoring app, and so far they’ve recorded downloads onto 681,900 separate Android devices in 195 countries. Now they’ve taken all that data and splayed it out for all to see, and it highlights rather nicely how big a headache fragmentation can be for developers.

For the most part, the results are as you’d expect — runaway hits like Samsung’s Galaxy S II was the most represented device among the 3,997 distinct models they spotted, and Samsung Android devices were far and away the most widely used. What really gets me is how many other devices and brands fill up the rest of that list. Seriously, if you haven’t yet, go look at it. Mouse-over some of the smaller blocks, see if there are any brands or devices that ring a bell.

It’s pretty crazy to see just how many players are in the field, and nothing against OpenSignalMaps — their app is actually pretty damned useful — but it’s not an immediate must-download for every user.

That there are gobs of Android devices floating around out there isn’t exactly a shocker, but data like this really drives home the issue. With so many devices running so many versions of Android with who knows many carrier- and manufacturer-mandated tweaks onboard, how is a developer supposed to make sure that all of their users gets a consistent experience? They can’t, unless they’re willing to test like crazy.

Google chairman Eric Schmidt famously downplayed the term “fragmentation” at this year’s CES, suggesting instead that people call it “differentiation.” It’s hard not to agree with sentiment on some level — after all, one of Android’s key strengths is how easily it fits into different niches and price points. But according to him, as long as every Android user is able to use the same apps, there’s no problem here.

That strikes me as a rather shortsighted way of looking at it. Downloading and installing apps is one thing, but what I think really counts — the user experience — can still vary from hardware configuration to hardware configuration. Not a day goes by without new Android hardware (or rumors of new Android hardware) making the rounds — hell, just an hour or so ago, the Wall Street Journal reported that Google will soon be filling out the new Devices section in the Google Play Store with new, unlocked “Nexus” hardware thanks to cooperation from up to five hardware manufacturers.

That’s why developers like Animoca have invested what I can only imagine is a sizable amount of money and effort testing their apps with something like 400 Android devices before pushing them out into the world. And of course, fragmentation isn’t just a hardware issue — the OSM post points out that the two most used versions of Android now only account for 75% of the devices they surveyed, down from 90% last year, yet another issue for developers to grapple with.

Does every developer need to go through a process that outlandish? Certainly not — OpenSignalMaps seems to test on a tiny fraction of that, and smaller developers can cover most of their bases with a handful of carefully chosen devices. At the end of the day though, despite the sheer amount of choice and flexibility that Android has provided users, those developers still have a choice to make — do they want to strive for perfection, or do they want to keep their sanity?（source:techcrunch）