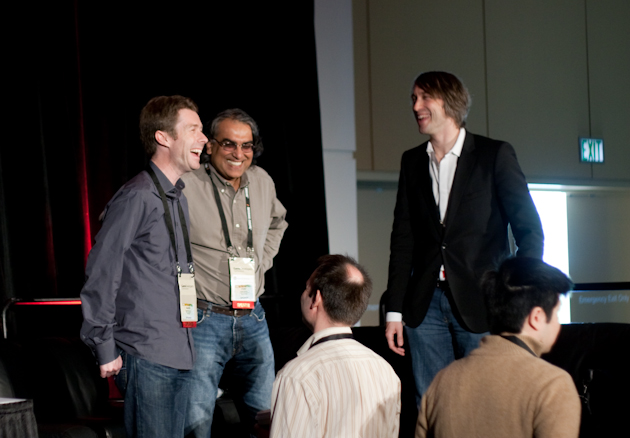 Among the many developers that have now tested out or exclusively adopted Facebook Credits, none has been a more vocal proponent than CrowdStar. The social gaming company first incorporated Credits into its game Happy Island last December, and has since championed the virtual currency’s ability to bring in more paying users.

We asked Peter Relan, CrowdStar’s chairman and founder, to give us his case for Credits; the results are below. Once again, if you want to take a look at our own lengthy examination of Credits, which contain many of the points in both interviews, see our recent coverage on Inside Facebook.

Inside Social Games: Give us a broad overview of your thoughts on Credits.

Peter Relan: The big picture is that Facebook Credits is all about increasing the size of the pie that we developers can participate in. That’s the single big concept that I think people aren’t getting. They’re assuming a single size of pie and fighting for every bit of margin.

Honestly, growing the market is the thing that Facebook’s trying to do. In the process they’re taking heat, but if I were in charge I’d do the same thing. They have to make sure the ecosystem has room to grow. They’re trying to increase the size by providing a single liquid currency across the userbase, and once it’s there we’ll all stop arguing. If you went to Amazon and every category had its own currency, you’d pay less — a single currency just removes friction. Why do you think, on the iPhone, they make billions? It’s because of a single system.

Let’s say that I’m in FarmVille and I buy Farm Cash. Later I have 200 of that currency left over, which I can’t use when I come to Happy Aquarium. I paid good money for it, I just can’t use it.

How would you like that in Amazon? That issue is called liquidity. We have no cross-game liquidity now. That means that I’ll spend less liberally, and try to manage my spend to my anticipated purchase.

PR: Why doesn’t Apple have some random company offering payment points? Generally you need a trustworthy source — it has to be a big brand, and very rarely can that brand be someone other than the platform. It’s like saying hey, in the United States, why doesn’t someone offer a point system? You want a government-backed dollar. Usually, the platform is the only stable scaled player who can provide any assurance — currencies are about consumer confidence. There are runs on banks when people lose their confidence. So Facebook has to be the bad guy.

ISG: An undertone to the debate about Credits is that it’s not fair for Facebook to push out other payment providers and promote Credits. Is that a valid argument?

PR: I think on Facebook.com there’s no question — it’s like asking whether on the iPhone Apple’s 30 percent is worth it. That 30 percent is the gold standard, for Microsoft as well.

Then there’s the question of what the market will bear off the platform when Connect is driving it. There are two arguments. One is that at the end of the day, Connect represents the tentacles of the core, meaning that it’s still one organism and 30 percent is still right.

Another is that since it’s the tentacle and not the core, the social graph is worth less. I think the market will determine that. We’re not off the platform, so it’s very difficult to say.

ISG: OK, that’s the overview. What are your secondary points?

PR: There’s a host of other things. With Credits the user’s payment experience becomes universal — you get a universal Facebook Credits user interface. For dollars, the dollar bill is the user interface. Here, there are three screens that everyone will get used to. On the iPhone, when I see something asking me to purchase from iTunes, I just say yes. That payment process is so fluid, I don’t think about it.

Fraud management and chargebacks are a key thing for consumers. If you have a payment option, you’ve got one source to deal with, Facebook, instead of seven different games and payment options.

By the way, Facebook for developers is also promoting Credits, and that’s a short-term benefit that everyone can take advantage of. If you’re playing a game in which Credits are the preferred choice, they’re willing to say, here are 5 Credits for free. This is huge in removing friction.

ISG: So you think now is the right time for developers to go ahead and implement Credits?

PR: I think the bigger developers should do it right away, and the smaller ones might want to wait — but the smaller players are also the ones who will get the promotion benefits, and they need

those. The bigger players can wait this out, but it’s the small guys who need the distribution, the promotion, the help. They should definitely go for it. The big ones should go for a different reason, the size of the pie. It’s hard for a small player to say, ‘yeah, there will be a bigger pie,’  and take the hit. But my view is that they need the promotion.

ISG: If Credits really can expand the market, then by how much?

PR: We know that a user who’s paid with Credits before is an order of magnitude more likely to follow through with a purchase than one who’s never used Credits before.

I would venture to say that the pie could be three or four times larger. Today one to two percent of people in social games are actually paying users. The stat could be 5-10 percent in my opinion.

When you have a 5-10x improvement, I’m not worried about the 20 percent extra I give to Credits. It’s a 20 percent delta versus 500 to a thousand percent increase. That gives you a feel for it, quantitatively.

ISG: How quickly could that 5-10x growth come about? When does it start?

ISG: You’ve made a few comparisons to Apple, which has a system of set price points. Could Facebook have done that to avoid the complexities of a currency?

PR: Apple’s iTunes system is a very high-level microtransaction system, but not a very granular one. Apple’s pricing came from the music industry, with 99 cents per song. Then when they came out with the App Store, they just stuck with that, going to 1.99, 2.99, etc. You can’t buy something for 5.49. Apple’s system is not like a virtual currency system, in which you can translate the money to other systems.

Apple is saying, I’m not a virtual currency, so game developers say fine, I’ll provide my virtual currency atop your currency price points, which goes to the same problem of cross-game liquidity.

So I think in the long term, Apple will have to deal with this. As long as there was no virtual currency, things were working great. And there aren’t that many virtual currency games on the iPhone. But over time, if there were a billion-dollar virtual currency system, they’d have to have all the same discussions we’re having.