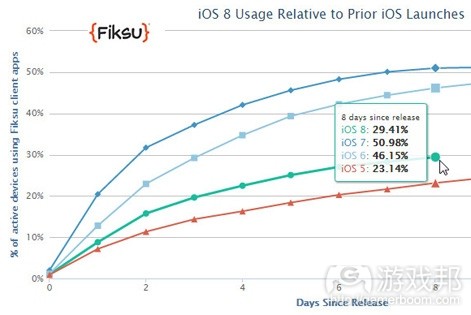 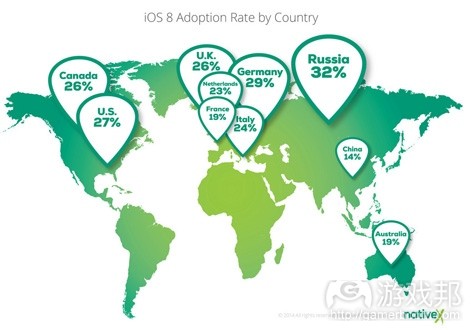 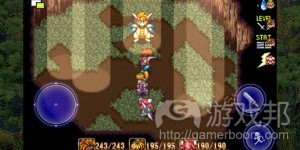 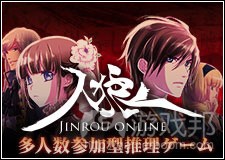 1，While the rest of the world is mired in discussions of the torque required to bend an anodised aluminium unibody enclosure, we’re still interested in the adoption rate of iOS 8.

As covered previously, various thirdparties are tracking uptake of the new OS by looking at the usage in apps running on their platforms.

Mobile analytics and ad network Fiksu has been running a real-time page, which has the adoption rate for iOS 8 after 8 days as listed as 30 percent.

The recent issue with the release and subsequent removal of iOS 8.0.1 doesn’t appear to have any sizeable impact.

Interestingly, Apple hasn’t been quiet on the subject, although its way of measuring the adoption rate – via App Store usage – is perhaps less accurate than daily app usage.

For example, on 21 September, it was quoting a figure of 46 percent; something it’s not since updated.

Another company considering the issue is NativeX, which like Fiksu is estimating from the usage figures it sees on its gaming-focused monetisation network.

After seven days, it measured an adoption rate of between 21 and 28 percent, with players of action and adventure games having the lower rate, and players of simulation and strategy games the higher rate.（source：pocketgamer.biz ）

2，US F2P outfit Kiwi has brought in new talent to help the firm create exciting, triple-A experiences for mobile devices.

The new faces are:

Eric Todd, who becomes Kiwk’s creative director, has 15 years experience with the likes of Maxis, EA and Playdom/Disney, were he previously worked with Kiwi’s co-founders.

3，New research released by the Entertainment Software Association says that one-third of Americans aged 13 and up play games on mobile devices, tablets, or portable game consoles.

We’ve all heard how mobile gaming has sucked in players who weren’t fans of the medium before it got accessible; there’s your proof.

The time spent playing mobile games largely hasn’t reduced the amount of time players spend on other devices, such as consoles or PCs: 54 percent say that time has remained steady and 11 percent are reporting they spend even more time playing on other devices. Interestingly, 42 percent of respondents said they’d purchased a game for console, PC, or handheld because they enjoyed the mobile version. （source：gamasutra ）

The news started making the rounds over here after this recruitment page went online, where the company is looking for game producers, designers, planners, and a whole range of other professionals.

Further details about its new business are scarce at this point, but if a company of this size makes such a move, it means increased competition for all local game companies active in publishing.