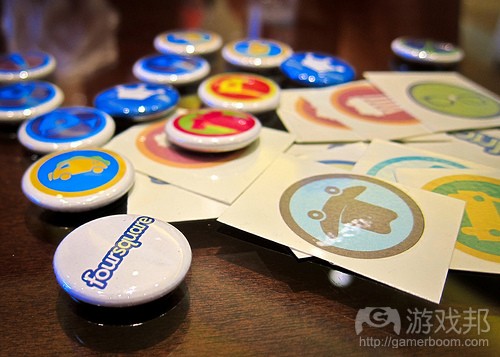 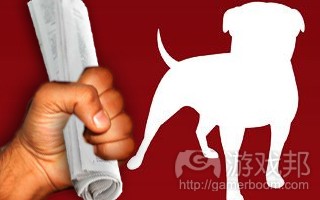 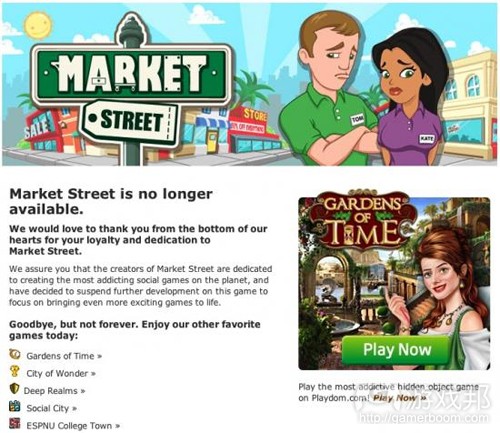 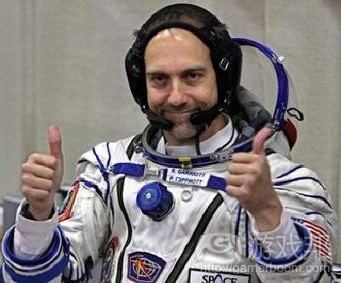 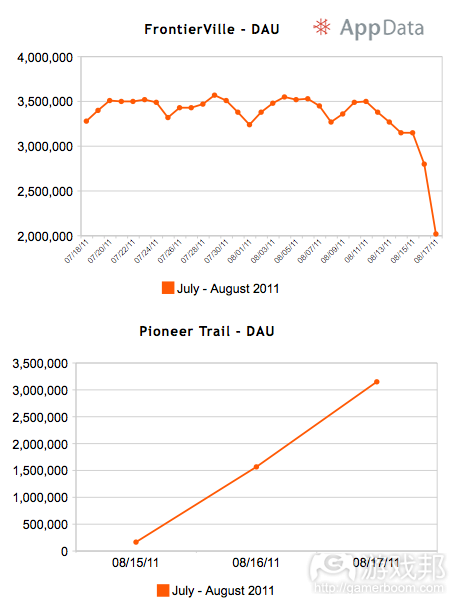 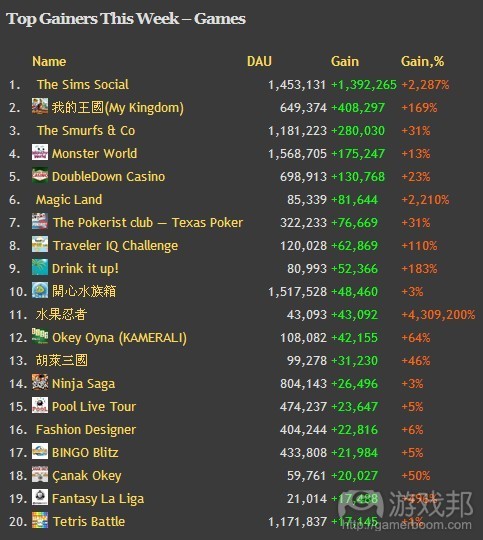 1）Gartner: Gamification to be mainstream in 5 to 10 years

Technology research firm Gartner has named gamification to its annual Hype Cycle of Emerging Technologies list, and that could mean a big “level up” for some Seattle startups.

The list tracks different technologies and how long the technology will take to gain mainstream adoption. For example, mobile app stores, QR codes and e-readers are further along in adoption than tablets, cloud computing and so-called “’big data’ and extreme information processing and management.” The entire report from Gartner is here (free registration required).

In short, gamification has been used to reward users for doing tasks they already do and help create brand loyalty. Gamification has been used from everything from encouraging teenagers to save and set spending goals (like Bobber Interactive) to buying Zynga credits at your local 7-11 convenience store. It goes back to the basic idea that humans want to be rewarded for what they do.

Gartner has also predicted that 70 percent of the Forbes Global 2000 will be using gamification by 2015, and M2 Reasearch predicts gamification efforts will make up 23 percent of social media marketing budgets, or $1.6 billion in revenue, by 2015.

We’ve covered gamification in the Seattle area in the past. It’s hard to say if gamification will become mainstream in five to 10 years like Gartner predicts, but it seems likely that the term will change.（source:techflash）

Looks like Yar might exact his revenge on your farm next. Atari has announced three additions to its high-level staff, but more importantly, a big clue as to where the ancient company is headed next. According to a release, Atari will shift its “core focus to casual gaming experiences designed for mobile, social networks and emerging platforms.”

The bolstering of the company’s senior management with three new hires brings in collective experience from EA, Vivendi Games, King.com, Sprint and more. The lucky (lady and) gentlemen are Robert Mattes as CFO, Owais Farooqui as Senior VP of Digital Publishing, and Maria Pacheco as VP of Mobile.

Some might have seen this one coming, considering it will have released three Facebook games in less than a year once Dungeons & Dragons hits Facebook, but this the proverbial mission statement for the company going forward. Since December of last year, the company has released two Facebook games: Asteroids Online and most recently Fairies vs Darklings, neither of which have been particularly successful, according to AppData.

Alas, the company will press on into social games in search of its flagship Facebook game. Thankfully, it has a few ginormous properties up its sleeve like Missile Command, Centipede, Pong and Breakout. And with Dungeons & Dragons: Heroes of Neverwinter (pictured) headed to Facebook this fall, the company just might have a shot. Just look, those are some of the most well-known names in gaming. Come on, just try and tell me you wouldn’t play (a legit version of) Pong on your iPhone. （source:games）

3）Zynga gets slapped with patent lawsuit over credits-based gaming

Game maker Zynga is being taken to court over patents that cover some  fundamental aspects of social gaming: credits and prize redemption.

Agincourt Gaming, the combatively named studio says it holds the intellectual property for “credits-based online gaming and a prize redemption system based on the outcome of game play.”

The company, which currently sports a stable of just one title, has pulled up patents dating back to 1996.

Agincourt says some of Zynga’s most successful titles, including FarmVille, Zynga Poker and Mafia Wars, are all examples of patent infringement.

In a statement, one of Agincourt’s legal team wrote, “Agincourt’s patents cover the most lucrative aspects of online social gaming — including those comprising the bulk of Zynga’s revenues — as they contain the crucial link that allows for global, interactive prize redemption over the Internet.”

We’ve contacted Agincourt for their side of the story but have not received a response yet. Zynga is not commenting on the case at this time.

The social gaming giant has also been on the receiving side of other IP complaints lately, including one patent suit earlier this month from Segan LLC, a rival gaming company.

Zynga is preparing for an IPO, reportedly at a $20 billion valuation. The startup filed with the SEC last month and, according to the filing, brought down nearly $600 million in revenue in 2010.（source:venturebeat）

4）GDC Europe: How Community Management Is Like Dog Training

In the old days, game companies thought of their communities as faceless individuals with no connections to each other. Now, we live in a world “where the community is more connected than we are.”

That’s according to Playdom’s Gordon Walton, whose keynote opened GDC Europe’s Community Management Summit on Wednesday. According to Walton, online game communities are evolving into much more than a game’s audience, they’re evolving the games themselves in ways we have yet to understand.

“We’re just trying to understand how these micro-communities work and how they bring other people to us. Communities are communicating with one another and not just us. They’re making their own decisions about how to view product,” he said.

“Communities are smarter than us. They will figure stuff out, they will figure out what is really going on,” said Walton, stressing that a community manager should never lie, because they are “not politicians.”

As the designated voice of the entire company, everything a community manager says will be dissected and taken apart by a community, so Walton stressed the importance of working closely with both PR and marketing to make sure messaging is concise and on message. A good community manager must resist the urge to “feed the trolls,” he says, acknowledging that it’s sometimes difficult to ignore situations that strike an emotional chord.

“What you should do is ignore things you don’t want and reward what you do; it’s a well-understood way of training mammals,” he said.

Walton concluded his talk with a call-to-arms to his fellow community managers to demand their jobs get the recognition he feels they deserve.

“It is time for community managers to rise to the occasion. We must educate and we must get active about things. No one is going to hand [recognition] to you. You have to demand it,” he said. （source:gamasutra）

Yet another Facebook game has been shut down for good, this time it’s Playdom’s department store sim Market Street.

As spotted by Games.com, if you attempt to play the game you’ll be greeted with the following message:

No reason for the closure is given in the message, but instead it attempts to direct players towards newer Playdom titles such as Gardens of Time and Deep Realms.

Before shutting down Market Street had around 460,000 monthly active users, which isn’t bad, but it’s a far cry from its peak at just over nine million.

Of course, this isn’t the first Playdom game to be shut down. In the past the developer has closed several games that weren’t performing to expectations, including Fanglies, Treetopia, and Tiki Farm. Market Street follows other recent facebook game closures such as Diner Dash and Camelot: The Game.（source:gamezebo）

We knew it was for more than the buck all along. For big league game designers and (literal) space cadets, apparently, like Richard Garriott, their leap into social games is about more than money: It’s the future, Marty! During the final keynote speech of GDC Europe, the creator of Ultima commonly known as Lord British said, “I’m a devout believer that this is the current and near-term future of games.” What’s “this,” you ask?

Social and mobile games, and Garriott is certainly not alone in his new found faith. The founder of social games studio (and technology) Portalarium has been joined by veterans like Doom co-creator John Romero and Civilization maker Sid Meier. Even Sim City creator Will Wright is said to be digging Facebook games right now. (Though, there is certainly a ton of cashola to be made in this biz.)

However, Garriott has some specific ideas for how social games will continue to operate, according to Gamasutra. Namely, he seems to think that asynchronicity is here to stay. This means that how friends interact independently of one another a’ la FarmVille will be the mode for Facebook and mobile games going forward. Of course, the burgeoning freemium model will also become a norm in mobile games as it has social games, according to Garriott, who is currently working on bringing his flagship character, Lord British, to social networks in a big way.

His answer to the naysayers still sitting in the Xbox and PlayStation camps? Just you watch, these things are evolving fast. Garriott reiterated on his points made earlier in the year that Facebook gamers are already more sophisticated at navigating video games than we’ve assumed, and they’ll be ready when the technology catches up.

“My main message to the development community is don’t get left behind,” Garriott said. Don’t worry, milord, I reckon the dollar signs alone will eventually attract almost everyone.（source:games）

Zynga is currently in the process of migrating FrontierVille players to a new app ID that maintains the base game as-is while adding on a Pioneer Trail expansion that functions as a separate game. After just three full days, Pioneer Trail is at 3.1 million daily active users while FrontierVille is down 1.1 million users.

Taken as-is, this suggests that the migration is going well. Players logging into the original FrontierVille can see advertisements for Pioneer Trail on the loading screen. Once inside, they are prompted to try out Pioneer Trail and clicking the “accept” button takes them to a game install screen. Presumably, this is where some FrontierVille users might abandon the migration. Previous social game sequels found that players were reluctant to follow through on installing a new app once they’d been taking out of the gameplay experience with which they were familiar.

Zynga, however, seems to be doing a decent job getting players past this hurdle by explaining the benefits of migration on their forums and from within the base game itself. Observe the “Two games in one” promotion from the loading screen below:

After loading Pioneer Trail as an app, players entering the game default to the homestead view from FrontierVille. To reach the actual expansion gameplay, players must click a Travel button on the lower right hand corner of the screen. While on the trail, players can return to the homestead at any time by clicking a much-smaller Home icon that appears in roughly the same location.

Going forward, it’ll be interesting to see if total gameplay session time or sessions per day in FrontierVille increase as players attempt to interact both with the homestead and with Pioneer Trail. It could be that players only have enough attention for one gameplay type per day, or that certain players prefer one gameplay type to another. Zynga’s experience will likely serve as a model for other social game developers looking to extend the lives of their games on Facebook.（source:insidesocialgames）

EA Playfish’s The Sims Social top this week’s list of fastest-growing games by daily active users with Happy Elements’ My Kingdom and Ubisoft’s The Smurfs & Co. rounding out the top three.

Coming in at No.6 this week is the newly-announced Magic Land from wooga. The title debuted at Game Developers Conference Europe on Monday with wooga CEO Jens Begemann delivering a keynote speech on the mass appeal of social gaming. In Magic Land, players build and supply a thriving medieval fantasy land — not unlike Ubisoft’s Castle & Co. We’ll have a full review of the title for you later today.（source:insidesocialgames）