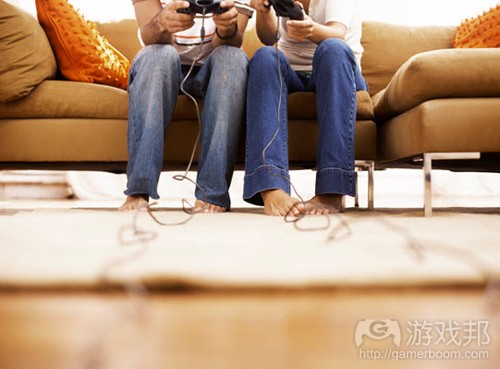 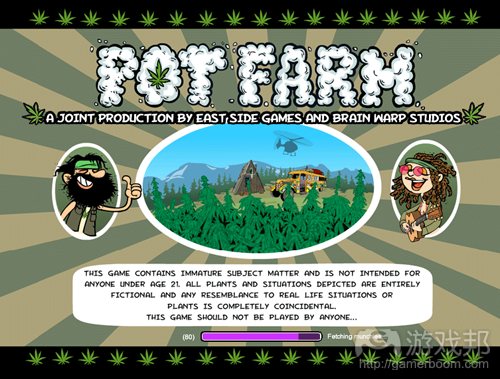 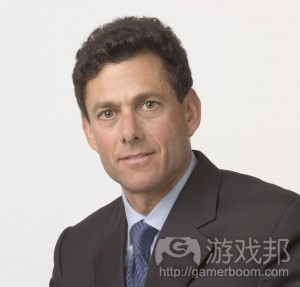 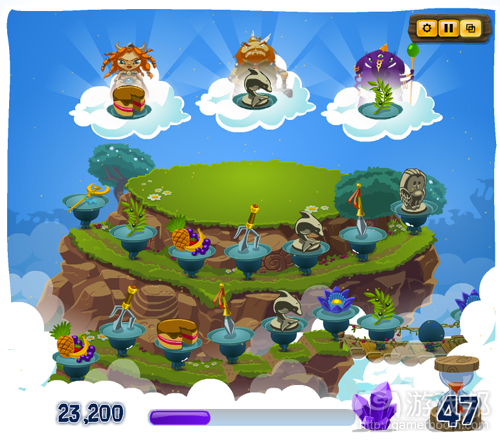 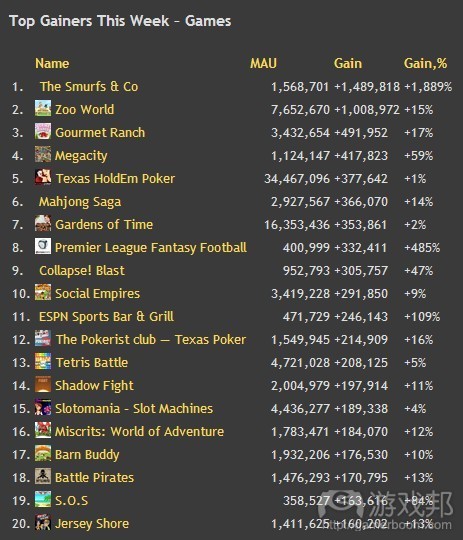 Well, the first ever social game spawned from a soap opera did come from the UK. According to a study conducted by Bejeweled Blitz creator PopCap and research firm NewZoo, more than half of adults reigning from the UK, France and Germany play games. That’s 153 million men and women across three countries that play all sorts of games from consoles to mobile to Facebook and more. The UK is home to the most gamers, with 68 percent of men and 59 percent of women playing games.

However, the younger crowd is overwhelmingly comprised of gamers across all three countries, with 87 percent in the UK, 81 percent in France and 78 percent of 10 to 20-year-old folks in Germany playing games. Even more interesting is the fact that no single platform takes up more than 50 percent of European gamers’ time, meaning that these folk are gaming everywhere. OK, not really, but these numbers sure make it sound that way, huh?

Of course, European gamers across the board are said to spend more money on console gaming than on any other gaming platform, with 44 percent of UK gamers’ money, 34 percent of German’s money and 44 percent of French cash going to console games. Keep in mind, however, that console games are by far the most expensive form of gaming. But here’s the kicker: According to NewZoo’s findings, European gamers reportedly play games not to unwind or relax, but because they’re bored. Don’t you guys work over there?（source:games）

Developers need Google+ to be successful so that there is a second viable social games platform other than Facebook, according to Jason Bailey, CEO of newly-formed East Side Games.

Speaking to Vancouver’s Straight, Bailey explained that Facebook is the only real platform available for social game developers, and it is in need of some competition — namely Google+.

“There is honestly only one other player in town. There’s a few other small guys, but they’re completely inconsequential.”

He continued, “Everybody in this industry is crossing their fingers and bowing down to the almighty G and saying, ‘Please, please, let this work and give us a viable second platform where we can build our games.’ Google+ being successful is going to be absolutely massive.”

“If Google+ isn’t successful, something else will eventually come along. But when and where and what is a mystery to us all,” he concluded.

East Side Games was set-up last month by Bailey along with Pot Farm developers Josh Nilson and Galan Akin, as part of a $1.5 million angel funding. （source:gamasutra）

Developers who choose to implement either the Tencent Wireless Open Platform for Community or the Gree Platform will find that they are able to easily bring their titles to both platforms.

As a result of the agreement, both companies note that developers will be able to take advantage of shorter development cycles and a wider ranges of services, available via both platforms.

Tecmo Koei and Taito are the first publishers to take advantage of the agreement. Tecmo Koei will release its casual title My Romance of the Three Kingdoms, while Taito is looking to bring its game Spy Wars to the platforms.

Beijing Moca World Technology, one of the leading game designers for the Tencent SNS platform, is also planning to release a social game through the initiative.

Take-Two CEO Strauss Zelnick reiterated commitment to home consoles, noting its plan to diversity its product portfolio and to expand onto other emerging platforms.

“We’re focused on building new franchises, diversifying our approach. For example, you can look at what Red Dead Redemption did for us in our last fiscal year,” Zelnick noted, pointing to another popular release also developed by Rockstar.

The company is trying to further develop its existing franchises by pushing extensions such as BioShock Infinite, Spec Ops: The Line, and Borderlands 2 aimed for fiscal 2013 (starting in April 2012).

In addition to diversifying its offerings in the console space, Zelnick said Take-Two is also keeping a close eye on the “emerging online mobile platforms.”

To capitalize on these markets, he said, the company recently released the Facebook-based CivWorld and the iOS title Sid Meier’s Pirates.

Zelnick noted however, that Take-Two is taking a more cautious approach with the social space, as the audiences and business practices on social networks vary significantly from those on consoles.

“The business Zynga’s in has only been around for about four years,” he said. “And playing Zynga titles doesn’t scratch the same itch as playing Grand Theft Auto — that’s a dynamic that doesn’t change in the video game business.”

Also in today’s earnings call, Take-Two reported a net loss of $8.6 million for the fiscal quarter, despite major releases such as L.A. Noire and Duke Nukem Forever. （source:gamasutra）

5）Divinitiz: The Offerings Rush Demands a Sacrifice of Time on Facebook

Divinitiz: The Offerings Rush is a fast-paced puzzle game and the first title from French developer Mandala Games. It originally entered testing back in February of 2011 and officially launched on July 29.

According to our traffic tracking service AppData, Divinitiz: The Offerings Rush currently has 191,968 monthly active users and 19,379 daily active users.

The central gameplay mechanic of Divinitiz revolves around making offering to various mythological gods. It’s a time-based matching game, during which tiny characters called Sherpaz carry a variety of offering icons up a winding mountain road to the gods. Each of the three gods are accompanied by the icon of the offering they desire. The player must pick out the corresponding offering (weapons, plants, food, treasure and other items) from the icons coming up the hill. The game is scored based on how many item matches can be made during the 60-second time limit.

Players can increase their score in a couple of ways. The first is by entering “Fury Mode,” which is accomplished by satisfying the demands of the gods as quickly as possible — players can match three items in fast succession, causing the screen to turn dark and the god icons to change, indicating that the mode is active. During Fury Mode, players attempt to match as many of the item each god is demanding without missing a beat. If they’re successful, the point multiplier for each god increases; if they slow down or miss an item, the game returns to its normal state.

The other method for boosting the player’s score is though magic crystals. As players match items, a gauge at the bottom of the screen fills. Once it’s completely full, magic crystals appear in the stream of offerings being moved up the mountain. Clicking on one temporarily fulfills all three gods’ demands. At the end of each game, players are rewarded with experience points that increase their player level, which in turn serves as a gradually increasing score multiplier.（source:insidesocialgames）

Ubisoft leads this week’s list of fastest-growing games by monthly active users with the newly-launched The Smufts & Co., a city-building game based on the 1980s cartoon franchise. Not far behind are Zoo World 2 and Gourmet Ranch from RockYou.

Don’t be confused by the presence of two Smurf game apps on Facebook. The Smurfs’ Village is a promotion for Capcom’s mobile city-building game that redirects off Facebook to a site where customers can download it for iOS devices. The Smurfs & Co. is an actual Facebook game built and run by Ubisoft, which owns the rights to develop the game on Facebook and potentially for social networks as well. Stick around for a full review of The Smufs & Co. later this week.（source:insidesocialgames）