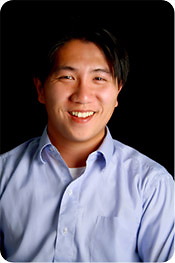 This week we’ve moved slightly further east, into Japan. That’s where RockYou, a leading social game publisher in the United States, is working to secure a new foothold for itself. And it’s not alone.

Zynga, for instance, recently took a $147 million investment from Japan’s SoftBank, and appears to be planning to publish its titles with Yahoo’s local subsidiary. CrowdStar, also a leading light in social gaming, has its own plans to break into Japan. 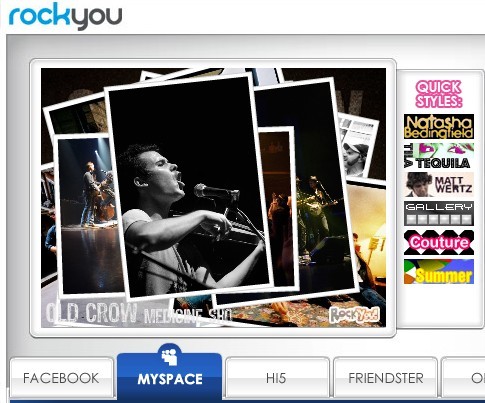 RockYou went into Japan earlier than other companies, so we talked to co-founder and chief technical officer Jia Shen to find out what they’ve learned.

Inside Social Games: What is RockYou’s high-level take on localization?

Jia Shen: RockYou does games and applications in the US, but we’re doing the same stuff in Asia as well. It’s not that different from the console world; you’ve got to figure out language and content first, then in the broader scope figure out the game types and display formats. One thing you have to focus more on in the Japan market is mobile, since the social networks here are primarily on phones. Technically there are three large social networks in Japan — one is only mobile, another is 70% mobile and web. It’s a broader problem than just content.

ISG: How do you handle translation? Is it an internal team or do you contract out?

Shen: With the localized translation stuff we do both. We work with outsourced teams who do the localization, then take two or three passes. The external team does the first and maybe even second pass, then internally you definitely do the final pass with people more associated with the content. Words may not translate over properly unless you know the context for things like actions, and what the user interface looks like.

ISG: Japanese is known as a hard language for English speakers. Does that carry over to translating game content?

Shen: Definitely. There are also formatting problems. Ultimately you’re doing creatives in both languages. Content is kind of a blurry word, but whether you’re doing the local for a game or a banner [advertisement], all that stuff is a lot different. You can translate it, but you want to also touch on nuances that incentivize people, so you have to do more culturally oriented changes.

ISG: Is it too difficult for most Western companies to break into Japan?

It’s definitely a hard market. If you look back at the ecosystem of game companies that have been successful here, they’re not from the West — the barriers are not just about language. Games can be thought of as a cultural consumption, and there are differences in not just interaction, but how you perceive colors and other things. China and Japan are very different from the US. [For example,] the US doesn’t like game connotations that are negative, but here it’s OK to do that to friends. And the platforms here are far more closed.

Shen: With Facebook there’s a lot of transparency in terms of statistics, who’s doing well. You get less transparency here. You don’t know the daily active user counts for any other applications. You just know they’re doing OK, but you don’t know how the number one app is related to the tenth like we would in the US market. It’s a lot harder to do competitive analysis and see how the landscape is changing.

ISG: How do you deal with not being able to see the numbers for competing games anymore?

Shen: You have to sniff around. In the US I can just hop on AppData. Here I have to look for different bellwethers. In any industry, competitive analysis is an important thing. In the US it’s a luxury we have. Transparency breeds competition, and that has been very good for the US. Japan wants to be a little more closed. Asia, in general, doesn’t understand open as much. Open source doesn’t exist here, they don’t see the benefits like the US does.

ISG: What about the social gamers in Japan? Are they radically different as well?

Shen: It’s no different from when FarmVille took off in the US — you have hardcore gamers and then all these people who didn’t care about games before. They’re playing because the games are fun in different ways than the hardcore games. But here there are also a lot more hardcore gamers who are actually participating [in social games]. In the US, hardcore gamers can’t drive a social application to be successful by themselves.

ISG: What are the differences in payment systems?

Shen: All of the platforms come with virtual currency built in and payments. The funny part is that Facebook is running after these guys, rather than the other way around, when it comes to payments.

RockYou US has gotten more margins from tuning our payments, whereas here there’s less control over it because the social networks have established all that. The cool part is, virtual currency is new in the US but not here, and that’s why Japan’s ARPU is higher. People are used to paying for stuff that’s virtual or in a game. The payment models that are evolving in the US are also pretty prevalent — payment cards, mobile payments.

ISG: You mentioned that mobile is big. Is the web developing more in Japan or will mobile remain the focus?

Shen: There’s a lot of evolution there. One of the big announcements recently was that DNAMobile is launching a big PC platform. It’s not that people don’t use PCs, it’s just a different demographic, an older one. There’s plenty of room to actually grow, but people haven’t been focusing on it previously.