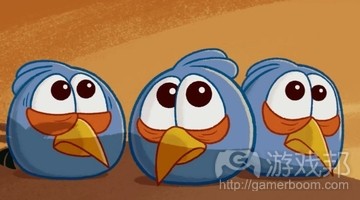 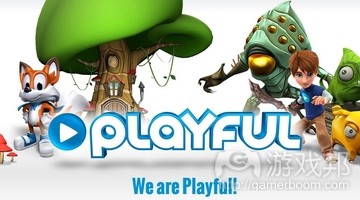 1，The world’s most popular game livestreaming site is not working at the moment.

Twitch is down, according to hundreds of complaints on social media. We tried booting up a stream of our own and got a “503 Server Unavailable” error. The errors were preventing people from both starting broadcasts of their own and watching others who managed to get livestreams going.

We’ve reached out to Twitch to ask what will happen, and we’ll update this post with any new information.

2，AOL has announced its acquisition of independent ad marketplace Millennial Media, completing its tender offer by purchasing all outstanding shares at $1.75 apiece.

All of the remaining eligible shares were subsequently acquired in a merger which sees Millennial Media become a wholly-owned subsidiary of AOL, its shares no longer traded on the New York Stock Exchange.

“The acquisition of Millennial Media boosts our global, mobile capabilities and scale across ONE by AOL for advertisers and agencies, and offers the most attractive monetization platform for app developers,” said Bob Lord, President of AOL Platforms.

“It also adds an incredibly talented team of mobile-first experts, many of whom will take on leadership and integral roles at AOL Platforms.”

And indeed, it has been confirmed that leadership roles in technology, sales, product, and operations at AOL Platforms will be given to nine of Millenial Media’s executives.（source：pocketgamer.biz ）

3，Rovio Entertainment today announced that it will reduce its workforce by 213 people worldwide. This latest number is a result of the previously announced restructuring, but the confirmed cuts actually turned out lower than the previously mentioned 260.

“Rovio Entertainment will restructure and concentrate its activities around three primary business areas: games, media and consumer products. The negotiations applied to the whole organization, excluding those working on the production of the The Angry Birds Movie in the United States and Canada. The company will actively provide career support for those made redundant as a result of the reorganization,” the Finnish company said in a statement today.

Rovio CEO Pekka Rantala explained the need for the workforce reduction back in August: “Fundamental changes are needed to ensure Rovio succeeds in its global ambitions to be the leading entertainment company with mobile games at its heart. This is personally a difficult decision. However, it is certain that a leaner and more agile Rovio is absolutely necessary to move forward and take the company to new successes in the future.”

To its credit, Rovio has managed to extend its popular Angry Birds franchise into merchandise and entertainment besides games, but the company remains a one-trick pony; it’s yet to have any other game launch that’s seen anything close to the level of success enjoyed by Angry Birds.（source：gamesindustry.biz ）

4，A group of private investors have provided Playful Corp. with $25 million in capital funding, the studio announced today. The money will be used to help it create original intellectual properties on “cutting edge platforms” like its upcoming Oculus Rift-based platformer Lucky’s Tale.

The studio, founded and headed up by Words With Friends co-creator Paul Bettner, secured an $8 million round of funding back in 2012.

“Interactive entertainment is the 21st century art form,” Bettner said. “Now, thanks to breakthrough technologies, our players will literally inhabit our stories, reach out and embrace our characters. It is indistinguishable from magic. That’s why we raised this money. Because the most important growth opportunity our industry has ever experienced is starting now.”

In addition to Lucky’s Tale (which is set for release next year), Playful Corp. is working on a Minecraft-like sandbox adventure game called Creativerse. While it will be free-to-play at launch, beta access to Creativerse is available on Steam Early Access for $22. It currently has more than 1,000 user reviews, 87 percent of which are positive.（source：gamesindustry.biz ）