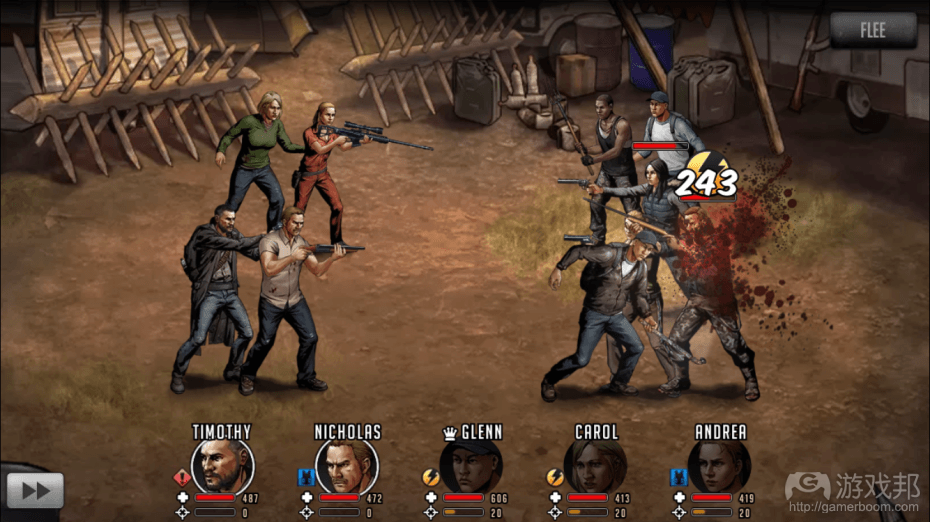 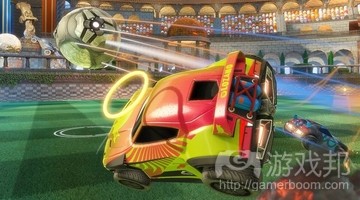 1，Casual game publisher Scopely has teamed up with The Walking Dead creator Robert Kirkman to make a new free-to-play release based on the comic. The Walking Dead: Road to Survival role-playing game is out now for iOS and Android.

Telltale’s critically acclaimed The Walking Dead series is also on mobile, but those are premium games that players need to buy before downloading. A free-to-play release can earn money with in-app purchases. Market research firm Newzoo predicts that the mobile market will be worth $30 billion in 2015.

“The Walking Dead: Road to Survival is a mature, intense, story-driven game that emulates the ongoing struggle to survive in a harsh and unforgiving world overrun by vicious Walkers and ruthless fellow survivors,” stated a press release from Scopely. “Difficult decisions must be made that determine who lives or dies and how future events unfold in the game’s narrative.”（source：venturebeat.com ）

2，COLOPL, the top grossing Japanese F2P developer you’ve never heard of, is coming to the US.

It’s announced that it is setting up its North America division based out of San Mateo, near San Francisco.

The first task for the new office will be to launch the localised version of Rune Story for iOS and Android during the fall.

The game is currently in soft launch in Phillippines, Thailand, Indonesia and Canada.

More generally, the company will be working on games developed specifically for western audiences.

“COLOPL has a successful history of developing and launching 94 smartphone games and we are thrilled to be furthering COLOPL’s mission, Entertainment in Real Life, in the western part of the world, said Shohei Yoshioka, the CEO of the US subsidiary, which is called COLOPL NI.

As for the likelihood of COLOPL’s biggest Japanese hits like Quiz RPG and White Cat Project coming to the west, as yet there’s no comment.（source：pocketgamer.biz ）

3，CD Projekt invested a lot of money into The Witcher 3: The Wild Hunt, and the multiplatform RPG has wasted little time in providing a return on that investment. In announcing its financial results for the first half of 2015 today, CD Projekt today revealed that The Witcher 3 sold more than 6 million copies in the six weeks following its mid-May debut.

CD Projekt is by no means done with The Witcher 3. The company has two announced expansion packs on the way in the form of Hearts of Stone this October, and Blood and Wine early next year. Combined, the expansions are billed as adding another 30 hours of gameplay for fans.（source：gamesindustry.biz ）

4，Valve has been in touch with the news that Rocket League has now sold over 1 million copies through Steam. The game was released on July 7.

The game also found success on PlayStation 4, where it was selected as a PlayStation Plus free game. Last month Psyonix revealed that by July 30 the game has been downloaded over five million times. That number will only increase as Psyonix is currently prepping versions for other platforms.

“Our PC players have already proven how much passion they have for our game, and this is a great opportunity for us to bring Rocket League to an even wider audience inside the Steam family”

And why is Valve so keen to share the good news? It’s offering a copy of Rocket League to anyone who pre-orders the Steam Controller, Steam Link or Steam Machine.（source：gamesindustry.biz ）