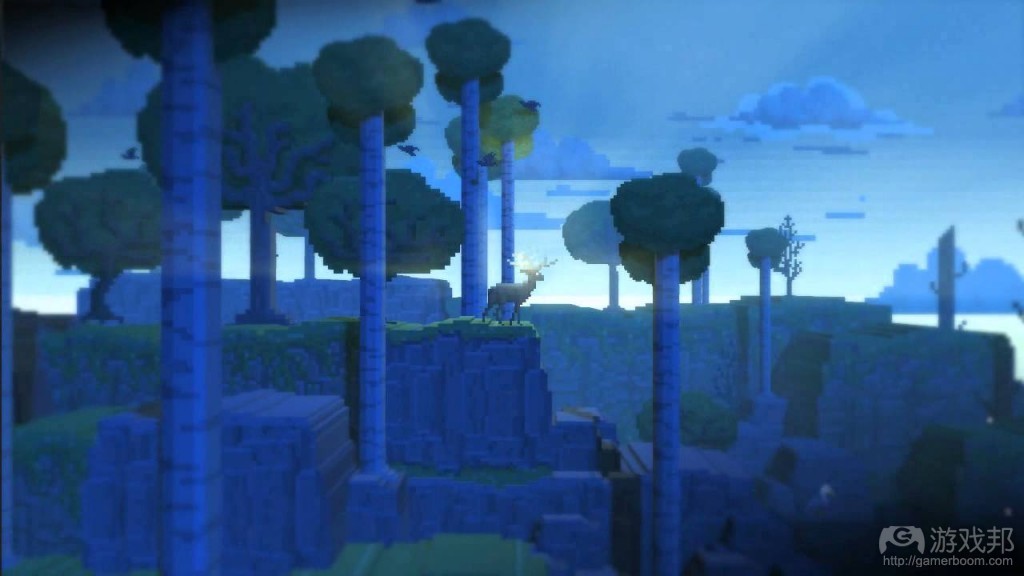 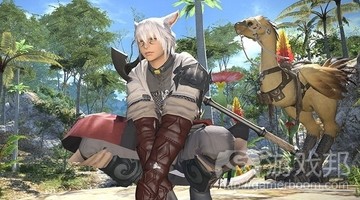 1，On September 3rd, mobile gamers will finally be able to get their hands on Crescent Moon Games’ The Deer God.

“But, wait a minute,” you say to yourself, “my friend has that on his phone!” You are not wrong, as The Deer God was previously part of a Humble Mobile Bundle from almost a year ago. However, that version of The Deer God was the Android alpha version; the finalized product is what is launching on September 3rd, first on iOS devices and then later on for Android devices.

Described as a “karmic journey”, The Deer God is about a hunter’s rebirth as a fawn, and coming to terms with the life and struggles that deer face throughout their lives.

The game originally debuted on Kickstarter, where it went on to amass over $51,000. Earlier this year, The Deer God released on Steam where it was met with mixed user reviews, and remains currently available for $14.99.

Look for The Deer God on September 3rd for iOS devices. An Android release is planned soon.（source：gamezebo.com ）

2，With the World of Warcraft subscriber base waning, Square Enix apparently sees an opportunity to topple the game’s decade-long reign atop the subscription-based MMORPG universe. The publisher today announced that in the two years since the launch of Final Fantasy XIV: A Realm Reborn, more than 5 million accounts have been registered worldwide.

While that doesn’t quite compare to World of Warcraft’s 5.6 million active and paying subscribers, Square Enix noted that its number excludes those playing the game on an introductory free trial basis.

That number marks an impressive turnaround for Final Fantasy XIV, which was a critical and commercial flop upon its original launch in 2010. The publisher waived subscription charges while it worked on crucial improvements, and eventually opted to reboot the entire game.

The original version of Final Fantasy XIV was shut down in November of 2012; A Realm Reborn arrived on the PC and PlayStation 3 in August of 2013, and has since been joined by a PlayStation 4 edition. A Mac version also released earlier this year, but was pulled from sale last month after it the game’s stated minimum requirements were found to understate the horsepower needed to run it.（source：gamesindustry.biz ）

“Machine Zone is a quiet company that prefers to focus on our own business, but we are forced into this lawsuit because an executive at Kabam claimed directly to our CEO in front of several witnesses to have obtained Machine Zone’s confidential financial information and internal documents.

“Given that Kabam’s current defense is that their executive was lying we are even more certain this action is necessary.”

A wine-soaked spark at a recent Casual Connect conference has combusted into a full-blown lawsuit between Machine Zone and Kabam.

The developer behind Game of War is taking Kabam to court over “misappropriation of trade secrets.”

In layman’s terms, Machine Zone believes that details of its plans to raise $500 million in funding through investors had been wrongfully obtained by Kabam.

The whole fiasco began at a Casual Connect party, when Machine Zone’s CEO Gabe Leydon and Kabam’s director of corporate development Daniel Wiggins were talking together.

During the conversation, Wiggins claimed to have seen a deck from Morgan Stanley that included figures for Machine Zone’s profit and revenue. These sensitive statistics were only available in a confidential pitch document the developer had circulated to a select few.

According to a statement submitted to the San Francisco Superior Court, the document also contained details of in-development technology and games, screenshots, artwork, and other confidential financial information.

Outraged that Wiggins had somehow accessed this information, according to a witness included in the court documents “this was when Mr. Leydon seemed to get really upset and started to shout at Mr. Wiggins.”

The witness, a game developer called Jason Parks, says that Leydon threatened Wiggins with the loss of his job and jumped straight to threats of legal action.

Clearly the altercation was heated, but the lawsuit can be distilled down to the simple problem that if Kabam has access to Machine Zone’s funding document, it possesses information that could give it an advantage over its competitor.

Kabam meanwhile told VentureBeat that Wiggins never saw a document from Morgan Stanley, and his claims at the party were made “in the heat of the moment.”

“This was banter between a mid-level Kabam employee and the CEO of a competitor, at a cocktail party, glasses of wine in hand. They were sparring, with a little braggadocio, a little machismo, in a very immature way. Our employee said something he shouldn’t have said. It’s embarrassing.

“The fact is there is no document. There is nothing to this. The fact this has gone this far is ludicrous. It’s preposterous.”（source：pocketgamer.biz ）