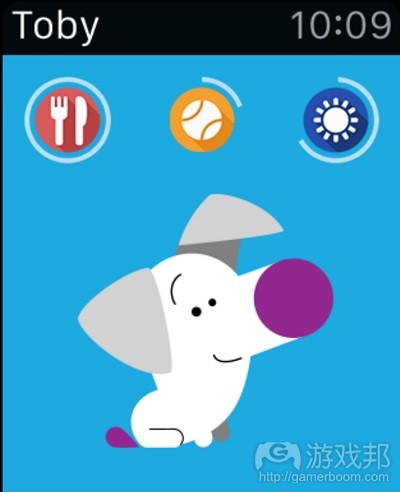 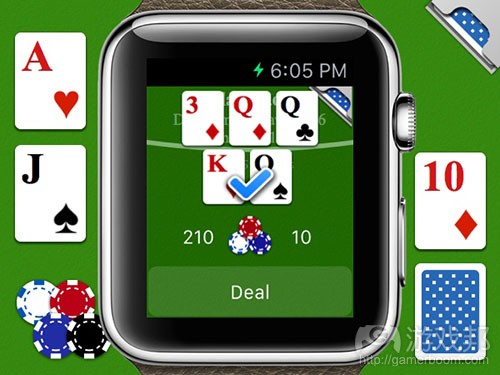 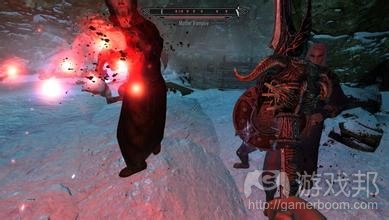 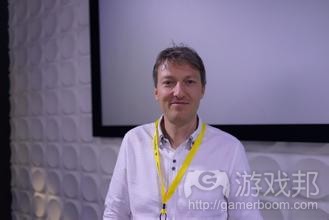 Successful CMOs achieve growth by leveraging technology. Join us for GrowthBeat Summit on June 1-2 in Boston, where we’ll discuss how to merge creativity with technology to drive growth. Space is limited. Request your personal invitation here!
Wooga has released its first game for the Apple Watch in the form of Toby, a virtual pet app that will let you know when it’s time for the dog to pee.

This is one of many games that will debut as experiments in wearable gaming on the new Apple Watch that goes on sale today. The app is free, and it has no in-app purchases. Wooga isn’t monetizing it in any way.

“The main objective is to learn about how people use the watch for fun,” said Jens Begemann, chief executive of Wooga, in an exclusive interview with GamesBeat.

I checked it out, and Toby is adorable. He shakes and looks very uncomfortable if he has to pee. So you have to let him off his leash, and he runs off the Watch face display to relieve himself. He’s much more relaxed and happy when he returns.

“I hadn’t let him off the leash for a while so he really had a desire,” Begemann said.

You have to take care of Toby by swiping. You can get him to go to sleep, feed him, and play with him. Once you’ve performed those activities, a circle will fill up, and Toby will be at peace. You can let him make music by tapping away on some virtual musical keys.

The app is available now for download on the iPhone and the Apple Watch. You can earn coins over time that allow you to unlock a range of new interactions, decorations, and designs. There’s a wide range of animations used to express Toby’s personality.

Like other Apple Watch games, Toby doesn’t run on the watch itself. Rather, the processing is done in the companion iPhone, and the instructions for the display are sent back to the Apple Watch via Bluetooth communications.

Toby started as a small internal prototype. But it was greenlit, and four engineers put the game together over a period of 10 weeks, Begemann said.

“For us, if we sell it and make a few tens of thousands of dollars, that is not meaningful for our company,” Begemann said. “But we can understand players. To build games that work with this kind of device will take time. By being there on launch day, we can learn faster and see what users like or don’t like.”（source：venturebeat）

Robot 5 is throwing everything it has at the Apple Watch.

Founded late last year, this New York-based studio is dedicating itself to creating games solely for Apple Watch. It has three casual games lined up for launch week, including a card game, a matching puzzle title, and a football game. But it plans to release seven more Watch games between now and the end of May, establishing itself as a major player in the emerging smartwatch space. Analysts forecast sales of up to 40 million Apple Watches in its first year, so Robot 5 could find its games on millions of wrists very soon.

Peter Chen, the founder and CEO at Robot 5 Studios, tells GamesBeat that a future vision of convenience in gaming fueled the company’s creation. It believes that wearable gaming will eventually pick up where larger screen gaming leaves off.

“Robot 5 Studios is a gaming studio that was formed specifically for the sole purpose of creating Apple Watch games,” Chen told GamesBeat in an interview. “If we think back to the transition from gamers spending time on consoles and desktop games to spending more and more time playing games on a smartphone that’s always nearby, we can imagine a future not too far away where gamers prefer the convenience of playing certain types of games on their Apple Watch instead of pulling out their smartphones.

“There’s a time and place for games on a watch, smartphone, and huge screen — we think that an increasing amount of time will be spent on watch games.”

While Chen admits that coming out with 10 games before this summer is ambitious, he maintains that it’s possible, noting that the current level of game complexity enables for creation of an app in a matter of weeks

“Most companies are announcing one or two Apple Watch games. Building 10 Apple Watch games is a bit ambitious but within our reach,” he says. “We started experimenting with the kinds of games that were possible last December. After many prototypes, designs, and brainstorming sessions, we figured out not only what did and didn’t make sense for wrist-based games, but we also figured out what was technically possible on the Apple Watch.”

Chen points out that while smartphone games could have full-scale teams building games for a full year, watch games aren’t there yet.

“Apple Watch games may eventually get to that size, complexity, and timeline, but they currently can be built by one to a handful of people in a week to a month or two.”

To start building games for Apple Watch, Chen says that Robot 5 had to reset from a smartphone-minded focus, scrapping a lot of what it knew about building games to start fresh. It also had to overcome several device limitations that game developers are not used to, such as manually creating animation through image sequencing.

“Part of the challenge and limitation is time,” he says. “Adding the kinds of complex scenes that are in our games is very challenging and time-consuming. For example, changing the color of a football in an iPhone game might take a few minutes by changing a few lines of code. In an Apple Watch game, this change might take several hours depending on how many times the football is used in different scenes.

“The biggest challenge is the complexity of the animations. iPhone games can have animations that are infinitely complex, with full control of each pixel and also of objects movements across the screen. Apple Watch games don’t have this kind of control over pixels and objects, so we have to mimic this kind of behavior.”

But through this work Chen believes the studio has come up with some new techniques that give it a leg up on games from other companies.

“Almost every game that we’re seeing from other companies have objects onscreen that are segregated from one another,” Chen says. “So you’ll see buttons in a grid, a static scene in a forest with a simple sword slash, or cards that instantly appear onscreen and never overlap.”

And he’s glad that these games aren’t as ambitious as those Robot 5 is working on.

“Our games are pushing the limits of the Apple Watch in several ways,” Chen says. “First, our games use a large number of layers of complex images to show a rich and diverse scene. Second, we’re coordinating these images and their animations together to provide a seamless experience and gameplay. Finally, we’ve hand-tuned the timing of players interacting with the screen and the layered animations to make the gameplay feel natural and responsive.”

Berry Quest is one of the first Apple Watch matching puzzle games.

Robot 5 likes the Apple Watch enough that it’s passing over other wearables to focus solely on it. Chen believes that its convenience opens up new avenues for gaming and that its ties to the iOS ecosystem will lead to widespread adoption.

“The Apple Watch is an extraordinary device that is beautifully designed and more easily accessible than a smartphone or any other device in existence,” Chen says. “Its games will be played by millions of gamers in April, then tens of millions by the end of the summer, and beyond. There’s no better creative and technical challenge than developing games for an amazing new platform, and nothing more exciting than to make breakthroughs that tens of millions of gamers will get to enjoy. In short, building games for the Apple Watch is and has been a game developer’s dream.”（source：venturebeat）

Valve has (at least temporarily) removed all paid Skyrim mods from Steam in conjunction with Bethesda, and will issue refunds to anyone who purchased a Skyrim mod since Valve updated Steam last week to allow Skyrim modders to charge real money for their work.

“It’s clear we didn’t understand exactly what we were doing,” explains Valve employee Alden Kroll. “We underestimated the differences between our previously successful revenue sharing models, and the addition of paid mods to Skyrim’s workshop.”

Kroll claims Valve has a “dump truck of feedback” to mull over, and it’s yet unclear if the company will attempt to reintroduce paid mods to Steam in the foreseeable future. Gamasutra has reached out to Valve for further comment.（source：gamasutra）