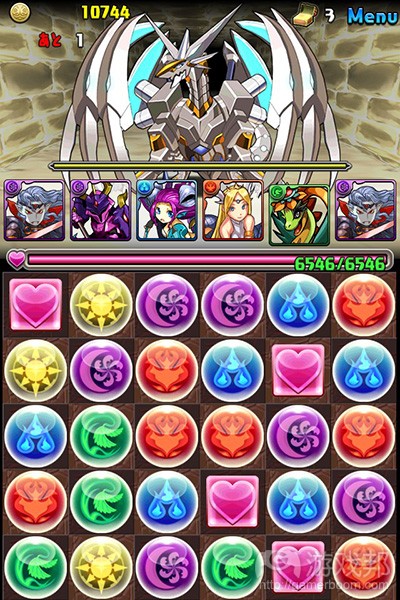 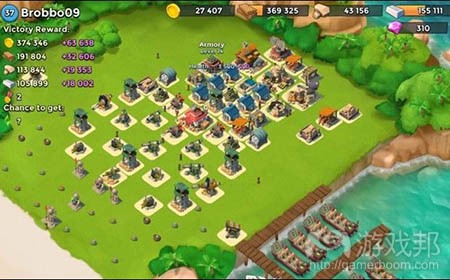 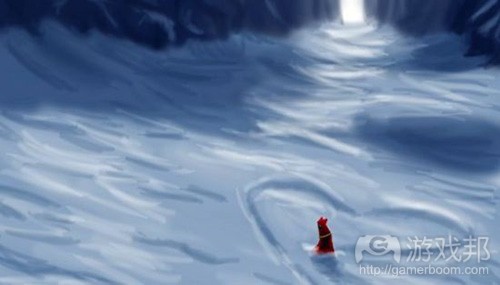 Puzzle & Dragons (which, you can guess, is a puzzle game starring dragons) has just surpassed the four million mark for total downloads in North America. It hit this milestone just six weeks after it reached three million North American downloads. The Japanese mobile hit has performed well across the globe, with worldwide downloads reaching past 30 million. The mobile market is the fastest growing in gaming, and is now a multibillion dollar industry. Having that many downloads guarantees a decent piece of the mobile pie.

Puzzle & Dragons is a free-to-play, money-making machine. As of the end of March, it had an average revenue per user of $11.89. That was more than the next nine mobile games’ ARPU combined. Of course, most of that money is coming from Puzzle & Dragons home territory of Japan, but it is still a top-50 grossing game in the U.S., where it competes with the likes of Candy Crush Saga and Clash of Clans.

“A mobile gaming phenomenon, Puzzle & Dragons continues to see tremendous growth thanks to the game’s addictive combination of puzzle, dungeon-crawling, and monster-collecting gameplay,” developer GungHo Online Entertainment stated in a press release sent to GamesBeat. “Through its unique in-game collaborations across a variety of media properties from video games to comic books and Japanese animation, the title continues to see steady growth among Western audiences.”

GungHo plans to celebrate the four million download milestone with a special in-game event over the course of two weeks. It will announce the details of the event soon in the app and on its social media pages.（source：venturebeat）

It’s business as usual on iOS and Android according to app store stats published by App Annie for the month of April, with familiar giants King and Supercell tussling it out at the top of the charts.

But, in terms of Supercell at least, it isn’t just the usual suspects powering these major players to the top.

Boom Beach was released by Supercell back in March, but it wasn’t until April that the release into the top five iOS games in terms of monthly downloads and revenue. In all, Supercell now has three games in the top ten list, with Clash of Clans and Hay Day also making their mark.

Away from pure revenue stats, it’s number puzzler and alleged Threes clone 2048 that took the honour of the most downloaded title on iOS in April.

Back in March 2048 managed to break into the top ten, but its popularity to continues to rise, topping the ranks in the US, China, and Italy throughout the course of April. The success of 2048 has also boosted publisher Ketchapp Studio, pushing up into third spot when it comes to iOS publishers.

Tencent’s rise can be largely attributed to its partnership with the WeChat platform – a mobile messaging service that recently expanded as a platform for casual games.

The Chinese firm has released several successful casual games on the platform, including Thunder Fighter, which managed to break into the top ten iOS games for both monthly revenue and downloads.（source：pocketgamer）

3）Rovio continues to transition away from core focus on games

Newsbrief: As Rovio looks to transition away from being solely a mobile game company, the Angry Birds studio today announced multiple new hires from other industries.

Today the company brought on a handful of new executives, including Randi Spieker, Joe Lawson and Paul Bufton, who will look to diversify Rovio’s portfolio outside of games, including animation, books and location-based avenues.

The company has hired people with backgrounds at Mattel, Paramount Pictures, DreamWorks, 20th Century Fox and Warner Bros. in a bid to make this transition from games company to entertainment company run more smoothly.

Following decreased earnings earlier this year, Rovio said that it was very eager to push its new Angry Birds business ventures, including animation and video distribution, at an equal pace to its core video game business.（source：gamasutra）

4）Nexon continues to chase the mobile market with Studiospiel deal

As part of the agreement, Nexon will make a cash equity investment and take a minority stake in Socialspiel, as well as nominating someone to the studio’s board of directors.

Nexon recently cut similar deals with Robotoki and Vanguard Games, presumably in a bid to boost its flagging financial performance in North America and Europe.

You may remember Socialspeil as the Vienna-based studio founded in 2010 by former members of Deep Silver and the defunct Rockstar Vienna.

The company has gone on to produce free-to-play mobile and browser games like Asterix & Friends, and is currently working on an untitled action-RPG that will be published in 2015 by Nexon.（source：gamasutra）

thatgamecompany, the studio behind evocative games such as Flow, Flower and Journey, said it has received $7 million in funding from Chinese equity firm Capital Today and a team of other investors.

The funding will help thatgamecompany ramp up development on its next game, currently in the works. thatgamecompany is recognized in the game industry for its unique games that focus on emotional, inspirational experiences for players.

thatgamecompany’s last three games have been released exclusively on PlayStation platforms, due to a three-game deal between the studio and Sony. In 2012, thatgamecompany raised $5.5 million in a funding round, helping the studio gain independence following the end of the Sony agreement.

thatgamecompany is now free to release games on the platforms it chooses. The new funding will be used to scale up production on the next game, as well as establish “infrastructure to self-publish, market, and distribute on our own terms for this next project and beyond,” according to a statement from thatgamecompany studio manager Sunni Pavlovic.

She added, “Since finishing Journey, the team has been hard at work to make an emotionally engaging experience centered around human connections for players of all ages and backgrounds.”

Capital Today primarily invests in Asia-based businesses ranging from restaurants and snack-makers to underwear retail, according to the firm’s investment history.（source：gamasutra）