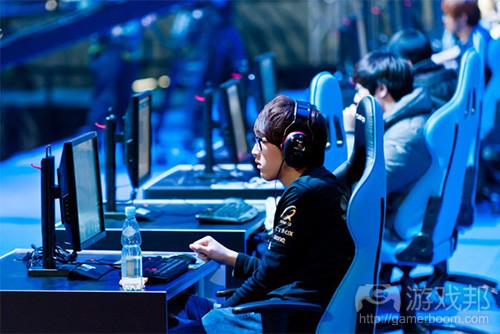 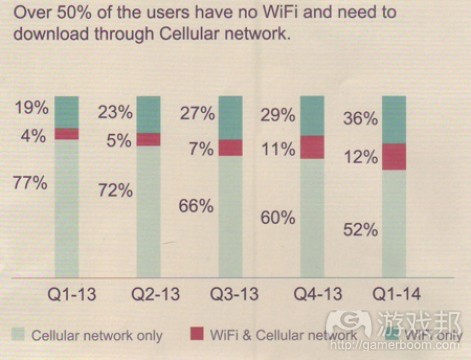 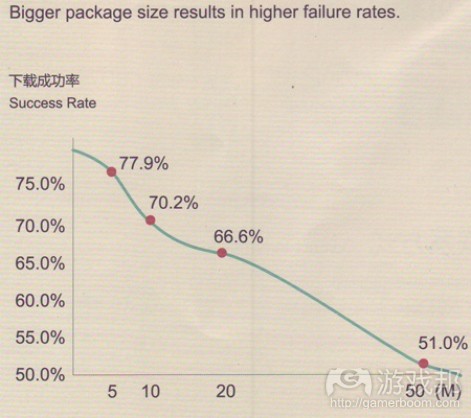 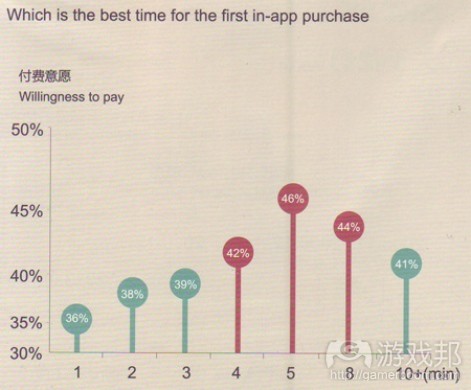 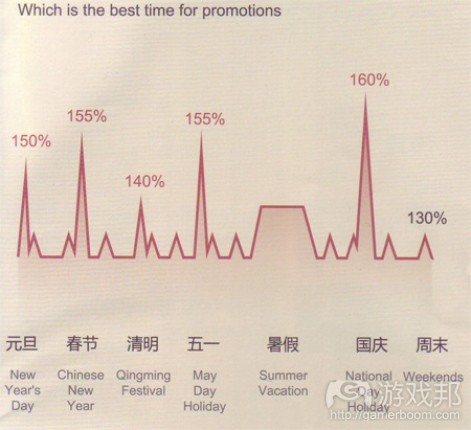 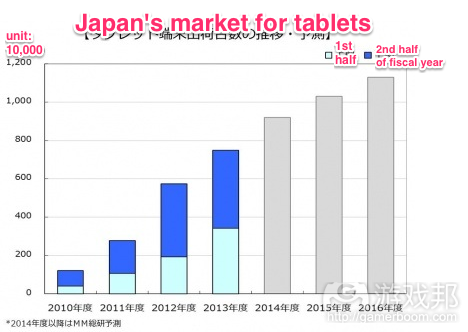 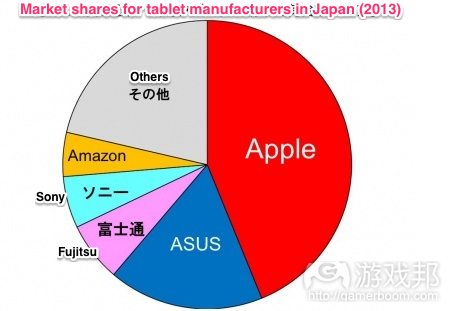 Gaming is growing, but mostly in Asia. Market researcher Newzoo is reporting today that Asia-Pacific will account for 82 percent of the $6 billion in global game revenue growth in 2014.

The industry is expected to grow 8 percent to $81.5 billion this year. Because of its faster growth rate, the Asia-Pacific region will grow its global market share from 42 percent to 45 percent, or $36.8 billion of the total.

The total revenues include all sectors of games including, PC, online PC, social, mobile, and console games. Latin America represents just 4 percent of the global market share, but it will grow 14 percent to $3.3 billion this year thanks to rising gross domestic product and online connectivity in the region.

Globally, the computer screen will be the dominant way people play games in 2014, accounting for 40 percent of the worldwide market and growing 9 percent from a year ago. The TV screen will take 29 percent market share and $23.4 billion in revenues, down 1 percent from a year ago. Handheld console devices will drop 20 percent in 2014, offset by a 37 percent growth in tablet revenues. Overall mobile will grow 19 percent in 2014 and account for 27 percent market share, or $21.8 billion.

2）The DeanBeat: How far will the advantage swing to Asia in games?

Free-to-play games were born in Asia, and it’s easy to see why gaming is growing at a faster clip over there. In fact, the largest free-to-play PC online game in the world is Tencent/SmileGate’s CrossFire, which generated $957 million in revenues last year.

Five of last year’s top ten free-to-play online games came from Asia. It’s worth noting that China’s Tencent, the majority of owner of League of Legends creator Riot Games, generated more than $5.3 billion in revenue from games in 2013, making it the largest game company in the world, eclipsing even Activision Blizzard with $4.8 billion.

It’s easy to see where this is going. Asia is going to be the king of the games business. In fact, it already is. The question is just how much of the business the Asian game companies will own. Alina Soltys, a senior analyst at M&A advisory firm The Corum Group, noted that nine of the top ten acquisitions in gaming in 2013 had Asian acquirers, compared to eight of the top ten in 2012.

Asia will account for 82 percent of the growth in the game business this year, according to a new report today from market researcher Newzoo.

“China as a country and mobile gaming as a market segment grew even more than anticipated” in 2013, said Peter Warman, chief executive of Newzoo. “As Asia continues to grow at a staggering pace and business models and game devices in the East and West have become more aligned, the games market is becoming a truly global playground.”

As the Electronic Entertainment Expo (E3) video game trade show approaches in early June, it would be good to remember these facts. No region can take its game industry economy for granted. I was just in Angouleme, France, for the Video Game Economics Forum. There, the talk was all about how the region can regain its vibrancy in games, similar to places like Montreal, Canada; Helsinki, Finland; and Silicon Valley. And in Silicon Valley, where I live, it seems like everybody wants to learn from the fast growth of mobile and online gaming in Asia. The grass is always greener somewhere else.

In the U.S., the overall game business was flat in the first quarter, partly because Nintendo is slipping dramatically even as Sony and Microsoft gain with their next-generation hardware and software sales. Microsoft hopes that it can grow faster by launching its Xbox One video game console in China in September, ending a 13 year ban on consoles there.

In China, there are 80,000 app developers who are releasing about 100 games a day, according to GPC China Games Market Report. PC client games still account for 64.5 percent of revenues, while web games are 15.4 percent, Soltys noted. Mobile games are 13.5 percent, but revenues grew 250 percent in the year.（source：venturebeat）

3）Why game file size remains critical for success in China

We all know the Chinese mobile games market is different from other markets. But is that really so?

Certainly these graphs from literature we picked up at the GMIC Beijing 2014 conference from app distribution company Sky-mobi demonstrates some intriguing facts.

Many – if not most – consumers don’t have access to fast wifi connections and hence are limited to a cellular network, with 4G speeds only available in the big Tier 1 cities such as Beijing and Shanghai.

But, this being China, the situation is changing quickly as this graph shows.

Yet, it’s these sort of technical issues that mean file size remains a key issue in terms of distributing games. That’s why so many of the big Chinese Android app distribution channels are based around sideloading from PC.

Chinese connections are just not reliable enough even for downloads of 20 MB. That’s one of the reasons Sky-mobi has built its business around pre-installing content in retail locations.

Chinese consumers might not like to pay for IAP in their mobile games – who does? But this graph shows that if they do, that make that decision very quickly.

Initially I thought the time axis was measured in days. It’s not. It’s minutes.

4-8 minutes is the peak period for willing to pay for your first IAP, apparently.

And finally, what are the peak times during the year in terms of using promotions to drive usage? Note this graph isn’t really to scale. There are 52 weekends in the year, making it the best time to engage with players – much like the rest of the world then.（source：pocketgamer）

This number is slightly above the projection MM Research released last May.

MM Research has raised estimates for 2014 and 2015 as well, now expecting tablet shipments in Japan to top 10 million as early as 2015. The upwards trend is projected to continue until at least 2016:

Here are the detailed numbers:

Here is how MM Research breaks down the market by manufacturer:

Here are the detailed numbers for each manufacturer:

In terms of tablet operating systems, MM Research finds that with 45.7% (slightly up from 42.4%), Android for the first time overtook iOS (43.8%) on the Japanese market. Windows comes in third with 10.5%.（source：serkantoto）