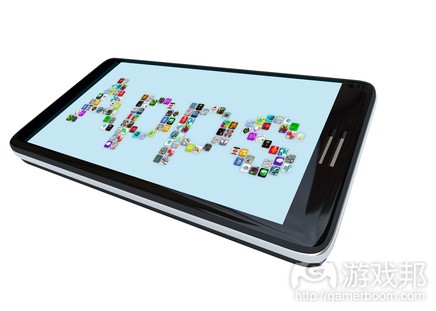 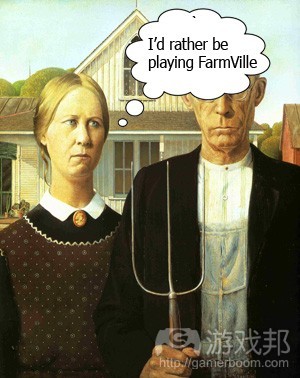 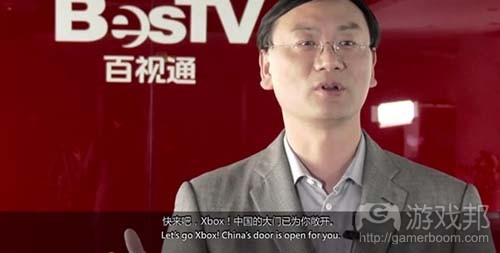 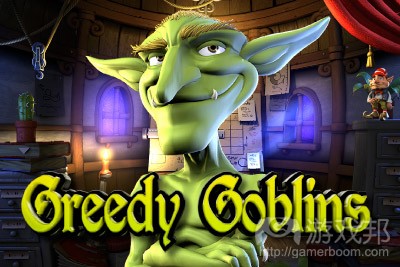 What’s next in mobile? Find out at MobileBeat, VentureBeat’s 7th annual event on the future of mobile, on July 8-9 in San Francisco. Register now and save $400!

Mobile apps are on a path to reach $70 billion in annual revenue by 2017. And while games drive the majority of app revenue now, they won’t stay on top of the heap much longer.

Digi-Capital, an investment bank for mobile apps and games, said in its first quarter mobile apps study that non-game apps could double their percentage share of total app revenue from 26 percent to 51 percent by 2017, thanks to a 61.3-percent compound annual growth rate from 2013 to 2017.

“Everyone knows that mobile apps are hot, and that games have taken the lion’s share of revenue so far,” said Tim Merel, managing director at Digi-Capital in London. “We think the balance is going to change, with other app categories using new approaches to win. We’re already seeing SaaS-like App as a Service models emerging, and we can’t wait to see what happens next.”

Mobile usage has grown five times in four years to approximately 20 percent of media consumption last year. From 2009 to 2013, the compound annual growth rate for mobile apps was 50 percent.

Meanwhile, mobile app investment is gathering steam. It has doubled across categories since the third quarter of 2013, with $10 billion invested in the last 12 months.

Mobile app mergers and acquisitions accounted for a record $35 billion in the last 12 months, not including Facebook’s $16 billion acquisition of WhatsApp. In the first quarter of 2014, mobile app M&A was $7 billion, or twice the number from a year ago. The acquisitions are split between strategies aimed at growth, consolidation, and defensive moves.

Mobile app public and private valuations have also varied significantly across categories, with some app types valued much higher than others relative to their economic performance. For investors and acquirers, it appears that not all apps are created equal, Merel said.

The new development is the adoption of the “app-as-a-service” model, which is similar to the software-as-a-service model in other industries.

“The apps market is also creating billion dollar companies at what looks like an accelerating pace globally, and we expect to see as many Asian as Western companies delivering outsize returns for entrepreneurs and investors,” Merel said.（source：venturebeat）

2）Gaming advocacy group: The average gamer is 31, and most play on a console

Gamers are getting older, and more of them are women than ever before.

Industry advocacy group the Entertainment Software Association, which operates the Electronic Entertainment Expo tradeshow and lobbies on behalf of publishers and developers, revealed a number of facts and figures about the gaming industry today. The report finds that 59 percent of Americans play games and that the average household in the U.S. has at least two gamers.

“People of all ages play video games,” Gains Through Gaming Lab co-director Jason Allaire said in regard to the report. “There is no longer a ‘stereotypical game player,’ but instead a game player could be your grandparent, your boss, or even your professor.”

The ESA’s report reflects that sentiment throughout.

When it comes to how they play, most are still using a console. The average U.S. home owns at least one dedicated console, PC, or smartphone, but 68 percent of those that do use the console for gaming. That’s compared to 53 percent for smartphones.

Despite that disparity, smartphone gaming is up 22 percent year-over-year compared to 2012.

Gamers are still buying more action games and shooters than anything else. The ESA finds that action makes up 31.9 percent while the gun-heavy titles make up another 20 percent. The rest of the pie chart splits between sports, role-playing, and a variety of other genres.

Of course, those are for premium-priced games that are for sale online or through retail. In terms of what people are playing the most, casual and social games take the top spot at 30 percent. That genre, which specializes in free-to-play mobile games, is up 55 percent from 2012. Puzzle, trivia, and card games make up another 28 percent. Clumped together below that is action, sports, strategy, and role-playing at 24 percent.

The ESA also reports that the total spending on games in the U.S. was $21.53 billion. That includes software, hardware, and accessories.

Finally, for the first time ever, digital spending on gaming outpaced physical retails sales in 2013. Digital games, which includes full downloads as well subscriptions and microtransactions, made up 53 percent of software revenue.（source：venturebeat）

League of Legends made a couple hundred million dollars last year. That is just one of a number of games that one analyst claims are leading the resurgence of the PC as the dominant gaming platform in terms of spending.

The growth of free-to-play games on PC as well as the continued success of digital platforms like Steam have pushed PC spending beyond consoles worldwide, according to industry analyst David Cole of DFC Intelligence. In an interview with PCR, Cole explained that while premium-priced triple-A games continue to make quite a bit of money on PC, free-to-play releases like World of Tanks, League of Legends, and Dota 2 are still growing to new heights. In 2013, 10 online PC games made more than $100 million in microtransaction sales. One of those was World of Warcraft, which made that money on top of the millions it generates from subscriptions. Those kinds of PC games are especially lucrative in Asia. The Chinese PC gaming market generated $8.7 billion on its own.（source：venturebeat）

4）Microsoft will launch Xbox One in China in September

Today, Re/code broke the news that Microsoft plans to launch the Xbox One in China this September. According to its report, the company will be partnering with Shanghai-based BesTV to launch the console — as expected.

That video has since been made private, but Gamasutra was able to watch it and transcribe key quotes before it became unavailable.

In the video, Yusuf Medhi, Microsoft’s chief marketing and strategy officer for Xbox, said, “For the first time ever, Xbox One is coming to China with a full games and entertainment system.” Things don’t get plainer than that.

Medhi continued, outlining plans to release both Western and original, Chinese market-focused titles for the platform: “Here at Microsoft we have been on a mission to build the very best gaming and entertainment experiences for gamers everywhere, and in China there are over half a billion gamers, so the opportunity to create global and locally created content to delight millions and millions of gaming families everywhere is something that we’re really passionate about.”

BesTV is a subsidiary of the Shanghai Media Group, and SMG senior VP Zhang Dazhong appears in the video, too. “Why did we choose Microsoft as our business partner? Because Microsoft has created the most amazing family friendly entertainment product in the world. Xbox One,” Zhang said. “We believe that this product will achieve great success in China and our long-term partnership with Microsoft, in my view, is an absolute must. Let’s go Xbox! China’s door is open for you.”

“Xbox One is going to offer an amazing array of experiences for gamers in China. Everything from games to entertainment experiences, fitness and education opportunities,” Medhi said.

Zhang, in the now-removed video

This news comes after the Chinese government recently released the standards that would allow game consoles — banned since 2000 — to go on sale in the country. This was a necessary step in allowing companies, both foreign and domestic, to enter the Chinese market.（source：gamasutra）

Schiermeyer left Zynga in 2011, but while he was there he reportedly gained a reputation as the analytics advocate, pushing for games to be designed with an eye towards maximizing player growth and game monetization.

Last summer he started up Luminary in San Francisco with a handful of other game industry veterans, and now the 7-person studio is preparing to release its first mobile game: Greedy Goblins, a competitive “finite runner” that allows players to spend in-game currency or real money to buy resources.

“This is my answer to what I was experiencing over there [at Zynga],” Schiermeyer told VentureBeat while explaining why he’s launched a small-scale mobile studio after spending time at Zynga.

“Our founders have experienced many types of startups and established companies. We’ve learned a lot from those experiences, and this company is an answer.”（source：gamasutra）