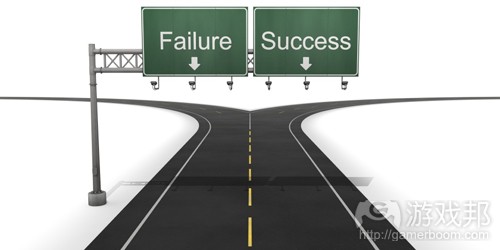 Stateside: Mobile needs to find a balance between success and failure

Success in the gaming industry tends to get mythologised. Grand qualifiers like “epic” and “legendary” get tossed about as if they were nothing.

This is especially the case in the mobile industry, where a new wave of upstarts and indies have found success, many to a great degree. Their tales of success are well known and their triumphs told throughout the land.

But lately, there’s been a backlash against this kind of attitude – one that focuses solely on the successful, with much press coverage ignoring the difficulty and often the pervasive failure of many operating within the gaming industry right now.

The thought is, just as much press should be afforded to those who try but fail as the share that is dedicated to the big boys.

The time, the place

This attitude comes from a good place. While undoubtedly people want to read about success stories – there are, in some cases, things other developers can take away from their tales – often luck has had a role to play.

Not to belittle the hard work and quality that is evident in many of mobile’s biggest hits, success in this industry is sometimes a matter of being in the right place at the right time.

Indeed, to a certain degree, the factors that allow a game to succeed are often invalid as soon as they are used and observed.

This stems back to the early days of the App Store era of mobile gaming – back when games like iShoot hit the headlines with ease: the traits that were in place that allowed titles such as that to hit the top of the charts were essentially mere memories by the time they were documented.

Likewise, the environment that allowed Imangi to spring up almost out of nowhere with Temple Run – despite being only a couple of years old – is long gone. It’s become even more difficult for small developers to try and compete in the free-to-play arena thanks in part to the wave of successful games.

So, it’s easy to look at and try to imitate the successes, but perhaps it is the failures that need to be analysed as much, if not more.

It’s so hard to figure out what will go right in the future from the successes alone, and often, it’s easier to look at what goes wrong, in order to see what needs to be corrected in the future – if there is one.

And yes, the attitude that even in a gold rush, some miners are going home empty-handed, shouldn’t be forgotten.

It is a valuable lesson to remember: making enough money to make games professionally, especially when not part of the traditional power structure, is not easy. It’s very difficult. And most will fail.

But the problem is that in part, this feels like a reaction to a supposed attitude, that this is how the ‘mainstream’ sees the upstarts. Among developers, this couldn’t be farther from the truth.

In their conversations and chatter both in person and online, the word ‘easy’ is rarely muttered. In fact, the narrative seems to consistently be that it’s extremely difficult, and that aspects like marketing are nigh-impossible to crack for upstarts with limited resources.

The only people who think it’s easy, that riches are guaranteed, are the only ones not paying attention.

Yes, the over-emphasis on success has its problems. But the problem is that the reverse, by considering and contemplating failure too much, is also true: failure can just as easily become mythologised as success.

Ever hear the adage that nine out of ten restaurants fail in the first year? It’s a sexy line, pointing out that in a highly-competitive industry, most upstarts will fail: only few with the right combination of skill and luck will succeed and survive, and it’s often big companies with well-known brand names that last and dominate.

The problem is that evidence suggests that it’s not the truth. For upstarts, the situation is definitely not a rosy one, but it’s far a dice roll for new restauranteurs.

It’s possible to survive, at least for a little while. Only a certain number of competitors will be able to survive, but that doesn’t mean that the market is entirely hostile. It’s not a fruitless endeavour to try.

A question of balance

Nevertheless, when the popular misconception says that failure is all but inevitable, it not only can discourage those who might otherwise have a shot if they tried, but it puts those who succeed on a further pedestal, or even just reduce their work down to 100 percent sheer luck.

I fear that it creates a further imbalance in perception, and not a healthy one: if all is doom and gloom outside of the big-name studios, why would anyone want to make games with smaller, independent companies?

The best path for the tone of conversation lies somewhere in the middle, because developers do not fit into that binary of successful and failed. Rovio made over 50 games before it hit it big with Angry Birds – and some of its follow-up projects could easily be viewed as failures based on those standards.

Imangi went supernova with Temple Run, but it was not the team’s first game, and it was not a smash hit right away. Remember Harbor Master, the game that laid the groundwork for Imangi’s longevity? That launched after other games that, likewise, didn’t hit the bigtime, like the eponymous Imangi word game.

Success and failure can be many things, and developers need to define them, discuss them, and why their games may have been one or the other, or something else entirely.

Yes, the difficulties and challenges of creating and monetising games need to be brought to light, but not at the detriment of the overarching idea that caused many to change course from mainstream gaming: that those who dare to do things differently can succeed, even in volatile conditions.

The light of possibility needs to shine through the darkness of the struggles.（source：pocketgamer）