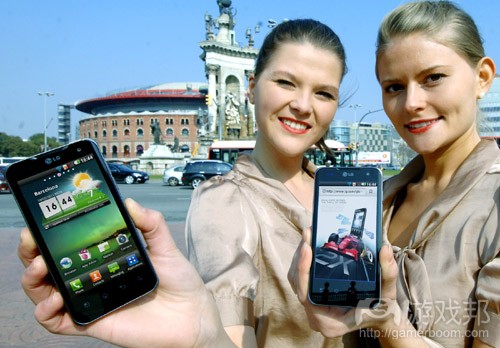 The tech is heading to China, but under ten per cent plan to pay for a network.

The Chinese mobile market is booming and local consumers love the technology so much that they were driven to riot and egg an Apple store when the iPhone 4S was launched.

The country is soon to receive 4G, but the launch looks set to fall flat of expectations, according to Strategy Analytics.

Results show 80 per cent of Chinese smartphone owners aren’t impressed with their current mobile network speed, while under ten per cent are happy to pay for 4G.

Alvin Wu, report author and analyst at Strategy Analytics’ Wireless Device Lab, said: “The low trust that Chinese consumers have with their mobile service providers is the main reason for lack of willingness to pay for 4G networks.

“Dissatisfaction with their existing 3G network speed has contributed to the negative expectations that consumers have with the 4G network. Chinese operators need to devote more effort on providing previously promised services and improve Chinese consumers’ level of satisfaction.”（source：mobile-ent）

2）Nokia powers Windows Phone to growth across Europe, now ahead of iOS in Italy

Just as Nokia finally begins to gain ground in the US, stats compiled for Europe suggest Windows Phone now makes up one in ten of all new smartphones sold in the continents biggest markets.

The numbers, which again claim Nokia is the force behind the growth, state Microsoft’s platform is making steady ground across the EU5, with Windows Phone sales actually overtaking iOS in Italy.

Android, of course, remains the dominant force in Europe, with nearly 72 percent of the market, but Kantar Worldpanel – which published the figures – claims it can only be seen as good news for Microsoft, which struggled to make an impact with Windows Phone long after its initial launch.

More good news could also be on the way, with Kantar Worldpanel claiming both Windows Phone and Nokia are also showing signs of growth in emerging markets such as Latin America, no doubt thanks to the roll out of budget handsets from the Finnish firm.

“With the smartphone market in developed countries so congested, it is emerging economies that now present manufacturers with the best opportunity for growth,” explained Dominic Sunnebo, strategic insight director at Kantar Worldpanel ComTech.

“Nokia dominated in Latin America for many years, and while its popularity declined with the fortunes of Symbian it now has an opportunity to regain the top-spot. The majority of consumers in Latin America still own a Nokia featurephone and upgrading to an entry level Lumia is a logical next step.

“Price is the main barrier in developing markets and the budget Lumia 520 opens the door to smartphone ownership for many.”

Kantar’s figures mark what’s been a positive week for Nokia, which has seen its share in the US market jump sixfold during the last 12 months, making the Finnish company the country’s fourth largest smartphone manufacturer.

Nokia’s budget Lumia 520 has made a big impact

China on the other hand continues to see its local brands grow. Domestic manufacturers now make up 44 percent of smartphone sales in the country, vastly improving on the 30 percent share they held last year.

“Chinese consumers are prepared to make a huge investment in their smartphone, with some spending up to 70 percent of their monthly salary on a new device,” says Sunnebo.

“With such a high investment, Chinese consumers want to get the best value for money and are increasingly opting for a high-spec local brand over a low-spec global equivalent.

King’s no stranger to launching branded merchandise – the world having been treated to Candy Crush socks back in June.

However, it’s surprising to learn that studio has only just linked up with the very product that lies at the heart of the aforementioned revenue raising smash: candy.

Promotion for the new range currently appears to be limited to a banner at the top of King.com that links to a selling page on US chain Dylan’s Candy Bar’s website.

As a result, it seems the range is currently limited to the US, though King’s global presence in the west suggests it’s surely only a matter of time before a global roll out is on the cards.

The shortest Thanksgiving-Christmas shopping season since 2002 is almost upon us, but it promises to deliver record earnings. Based on an exhaustive analysis of 450 billion retail website visits over the past seven years, and direct insight into 72 percent of all the cash flowing into the 500 largest retail websites in the U.S., Adobe is forecasting the biggest Thanksgiving, the biggest Black Friday, and the biggest Cyber Monday in history.

And, perhaps, the most expensive advertising bills in history.

Which means that savvy retailers have already started (and maybe finished) their holiday promotions planning. The question is: How can you get your share of all that consumer cash, without overpaying for clicks, for promoted tweets, for likes, and for all the demand generation activities you’re engaging in to ensure people know about your deals?

I talked to Adobe’s chief research analyst, Tamara Gaffney, to find out.

“You get into these crunch periods where advertising becomes much more expensive because everyone’s trying to get people to get to their store,” she says. “We did see cost per clicks on Facebook last retail season go up 42 percent … display goes up, search advertising goes up, everything goes up.”

Avoiding the advertising crunch highs starts with understanding the market.

This holiday season, consumers are planning on spending the same amount as last year, but 30 percent of people are planning to increase their online shopping, seeing online retail as a bargain-hunter’s paradise, Gaffney said. But the shortened season — the Thanksgiving weekend is six days later this year — could cost retailers as much as $1.5 billion in potential sales. At the same time, consumers are relying more on mobile — 28 percent plan to buy on mobile — and while direct social influence on purchases remains low, in the single digits, social attribution early in the purchasing cycle drives as much as 36 percent of online purchasing decisions.（source：venturebeat）