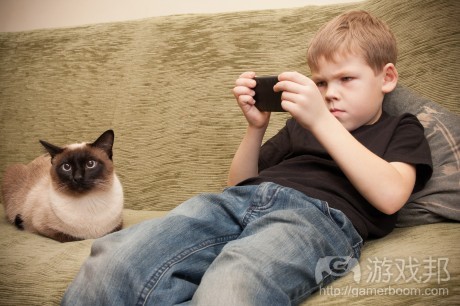 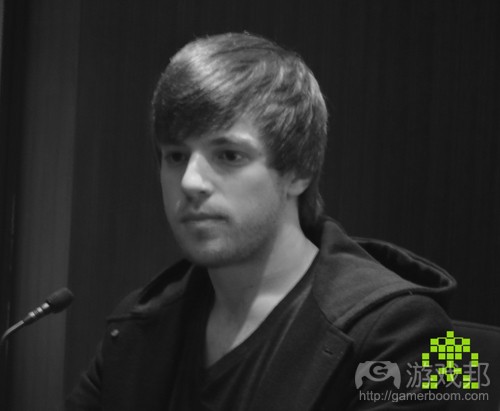 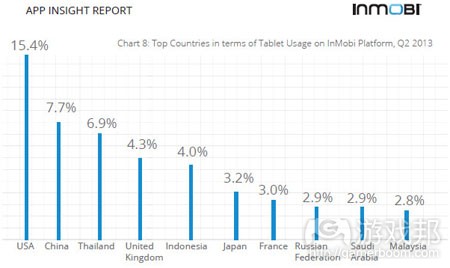 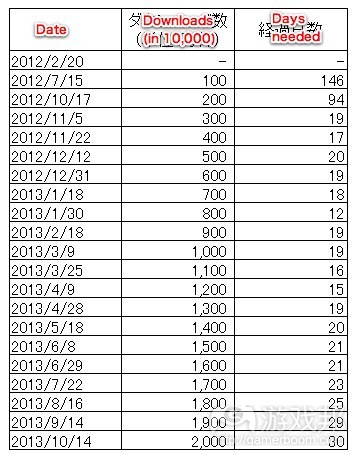 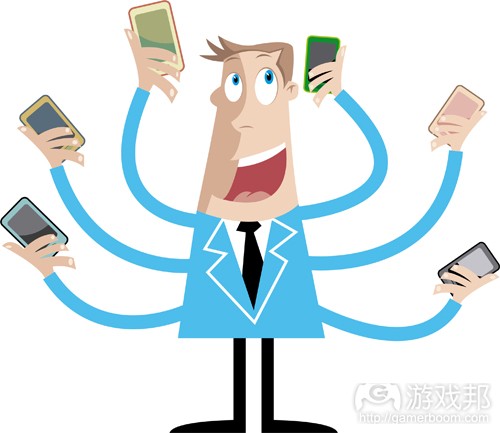 1）65% of parents snoop on kids’ smartphones, and 29% track their location

It’s not just the the NSA or FBI that today’s kids have to worry about snooping on their phones and tracking their locations. Their parents are doing a fine job of that all on their own, thank you very much.

A new Harris Interactive poll finds that 65 percent of kids aged 8 to 12 say their parents check their smartphone, while a third of their parents track their locations. Those numbers go down with age, but even up to 17, 43 percent of parents are checking their kids’ phones, and over a third, 35 percent, are doing it without their kids knowledge.

As a parent of two teenagers, I find that interesting. I haven’t actually ever checked my 17-year-old daughter’s phone, with or without her knowledge, but I can imagine circumstances in which I’d be sorely tempted.

The media-fueled furor over sexting and other smartphone infractions has certainly had an impact on parent’s behavior with their kids’ mobile devices, but just four percent of teen’s texts involve adult or sexual content, and only two percent contain images. Another two percent of texts from teens contain references to drugs, according to TxtWatcher, which makes a parental spying app that allows parents to keep an eye on what their kids are communicating.

According to Harris, A quarter of kids under 17 have a “smartphone contract” with their parents governing what they can or can’t do, and another 19 percent have a curfew after which the device must switched off. For those under 12 with passwords on their phones, just under half must share them with their parents.

Almost half of kids are texting while in class, parents believe, while slightly fewer kids actually admit to it. Which doesn’t, of course, mean that the texts aren’t about legitimate schoolwork questions — although most schools will confiscate devices used in class for a day or two.

Waldron made the announcement on his Facebook page (as first spotted by ZDNet). He did not indicate if he has any new projects in the works.

“I’ve decided it’s time to leave Zynga and venture off on my own again,” wrote Waldron.

He was only 19 when he built Zynga Poker, the company’s first game, and was its lead engineer. Later he would take on leadership roles developing new games.

“It’s been six and a half years since we pushed the button to launch our first game and each moment since has been magic,” he wrote. “It’s incredibly humbling to have worked with such a talented team. I am grateful to have had the chance to help build a company that touched so many people. Thank you to everyone who has been a part of it — both in the trenches and for playing the games.”

Zynga is in a transitional phase as it watches its position atop social games evaporate. In July, cofounder Mark Pincus stepped down as chief executive to let former Xbox boss Don Mattrick take on that role and rehabilitate the company. Since then, Mattrick has shaken up the organizational structure.（source：venturebeat）

3）Analyst: Zynga’s new-CEO honeymoon could end soon as it continues to bleed users

Social-game publisher Zynga will report its financial results for its fiscal third quarter later this month, and at least one analyst is expecting some disappointing news.

The company is in a transitional phase under new chief executive officer Don Mattrick. He’s led the company since July, and investors welcomed Microsoft’s former Xbox boss with an increased stock price. Zynga shares are currently trading at around $3.80, but that price might start to dive soon.

“Shares of Zynga are up 20 percent since it reported Q2 results, which we believe is largely attributable to investor optimism that Don Mattrick can turnaround the company versus any recent fundamental improvements,” Eilers Research analyst Adam Krejcik wrote in a note to investors.

The analyst also points out that traders are likely feeling positive about social gaming due to the recent $3 billion valuation of Clash of Clans developer SuperCell. That studio sold a 51 percent stake in itself to Japanese investment firm SoftBank and Puzzle & Dragons developer GungHo Online Entertainment for $1.53 billion.

The Mattrick and SuperCell high might start wearing off for Zynga when it announces its Q3 earnings on Oct. 24, according to Krejcik. He is expecting that Zynga will report an earning-per-share loss of 7 cents. Krejcik also anticipates the company will reveal a decline of around 30 percent for Zynga’s Facebook earnings quarter-over-quarter. That loss in bookings is due to an exodus of players, according to Eilers Research’s findings.

These figures come from Eilers’ internal research. To maintain investor faith, Mattrick and his executive team will have to address how it will turn around this negative trend.

“We believe the most important takeaways from the conference call will be how Zynga intends to stop user attrition in Poker, improving the performance of its mobile games, and new game pipeline and strategy,” wrote Krejcik. “Specifically, we believe investors acquiring shares of Zynga at current levels are largely doing so in hopes that the next round of Mattrick-led games will be relatively successful.”

Krejcik also notes that investors would welcome any insight from Zynga about how its upcoming games will differ from its previous releases.（source：venturebeat）

During his time at Zynga, Arnold led the 600-person division responsible for its core Ville business which included popular and successful social titles like Farmville.

Now Arnold will be responsible for helping game developers find success on the US-based mobile messaging application as Tango seeks to replicate the success of Asian platforms like LINE and Kakao.

“I love making games, but what excited me most about joining Tango’s team was the opportunity to introduce brand new audiences to games through a social mobile platform – the same way we saw first-time players discover games on web-based social networks, like Facebook,” said Arnold after slipping comfortably into the role of vice president of games.

Speaking more broadly on the organisation in a press release, CTO Eric Stetton noted “Tango’s games division is growing exponentially, but we recognize that its ongoing success depends heavily on the support we provide our developer network”.

Tango recently announced a deal with Gameloft to bring its casual-friendly titles to the messaging application.

Since  Tango opened its platform up to game developers, the chat app has launched a total of 16 games with 12 different partners – including Gameloft – and has surpassed 150 million registered users.（source：pocketgamer）

5）Chart of the Week: Are you ready for the rise of India, Indonesia and Thailand?

When we consider value proposition in global apps market, the top 10 countries have been pretty static.

Sure, the order between the US, Japan, Korea, the UK, China, Germany, France, Australia, Canada and Russia may vary, but these are the Big 10.

When it comes to downloads, however, the order is very different.

As demonstrated by the first edition of ad network InMobi’s App Insight Report, populous and fast-growing countries such as India and Indonesia feature in its top five list.

Note that is the top five list of countries in which InMobi’s advertising network has generated iOS and Android downloads – 50 million to-date in 2013.

And according to InMobi, such countries aren’t limited to low-level bulk activity either.

Switching to look at tablet usage during Q2 2013, it places Thailand in third place, and Indonesia in fifth place.

Of course, usage and downloads aren’t revenue, but where there’s activity, revenue is bound to follow eventually.（soruce：pocketgamer）

While this is a pretty impressive milestone, this chart from news site Social Game Info shows that growth is slowing down. It took the game 30 days to get from 19 to 20 million downloads on October 14:

In fact, the numbers show that growth has started slowing down back in April. In Japan, the game is available on iOS, Android, and Kindle.（source：serkantoto）

7）Mobile phones are as addictive as cigarettes

Nomophobia: “The fear of being without your mobile.” Yes this is a real thing.

Device owners pick up their connected device around 34 times a day, averaging a total of two hours and 12 minutes.

43 per cent of this time, up to three devices are being used simultaneously, according to research from the IAB (Internet Advertising Bureau UK).

Having a connected device close at hand has become a new common displacement behavior, such as doodling, picking at food and smoking.

This is an extension of nomophobia, which is the fear of being without your mobile – which admittedly we have all experience at some point or another.

52 per cent of respondents said that they would prefer to check their smartphone if they have any downtime, rather than just sitting and contemplating life, or if there is a lull in conversation.

Dr Simon Hampton, psychology lecturer at the University of East Anglia, said: “Rather than do nothing we’re compelled to turn to them for reassuring comfort.

“What’s exciting for marketers is that this mildly compulsive behavior might be exploited to encourage purchasing, particularly as digital increasingly blurs the line between shopping and entertainment.”

This makes you wonder how long it will be before they start putting health warning signs on mobile phones, and starting up mobilaholic anonymous groups.（source：mobile-ent）