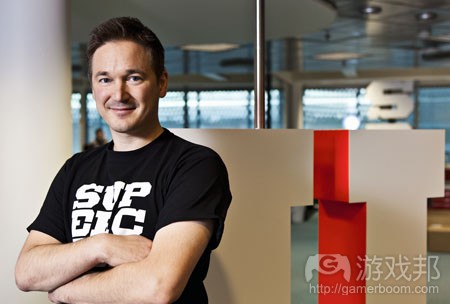 Starting out in simple monochrome in the days of Snake and WAP, the past decade has seen the mobile games industry kaleidoscope into a glorious, multi-billion dollar sector that’s driving global innovation.

So it’s high time we celebrate some of the people who helped make that journey possible – something PocketGamer.biz will be doing in its regular Mobile Gaming Hall of Fame feature.

You can read our previous articles here.

Ilkka Paananen is the CEO and co-founder of Supercell, the Helsinki-based mobile games developer behind Clash of Clans and Hay Day.

IIkka has been an entrepreneur in the games industry since 2000. Prior to Supercell, he was the CEO and co-founder of Sumea, which was later acquired by Digital Chocolate, where he worked as a president until 2010.

In addition to his role at Supercell, Ilkka helps other entrepreneurs as a partner in Lifeline Ventures, an early stage investor. Ilkka is also an active member of the Helsinki-based startup community where he mentors and coaches other founders.

Ilkka holds a Master of Science (with honors) from Helsinki University of Technology. As well as games and entrepreneurship, Ilkka is passionate about ice hockey.

Pocket Gamer: What were your favourite games as a kid?

When did you realise you wanted to make games as a career?

Perhaps a few years in, when I realised that what makes this industry so special is how everyone treats each other with such admiration, respect and friendship, despite the fact that the competition is intense. And that competition is really with many of the smartest people on the planet.

That, and the fact that the games industry has always thrown the best parties!

What was your first role in the industry? How did that turn out?

Well, when I was still a student, I was introduced to this group that called themselves “Sumea,” and they wanted to build a games company.

I wanted to help them out, and since I was really the only one who had even remote interest in the business side of things – and not just the development side – they made me the CEO.

They did that despite the fact that I really had zero experience in anything, and hardly knew what I was doing! But learning from our mistakes – of which there were many – we managed to grow Sumea into one of the top developers and publishers of mobile games in Europe.

We were roughly 40 people in size before we sold the company to Digital Chocolate in 2004. So I guess it turned out okay in the end.

What do you consider your first significant success?

That would be when we managed to build our first game, totally self-funded, at Sumea. We got the game distributed via carriers around the world with the direct distribution deals we had managed to make.

All of that required a lot of blood, sweat, and tears. The game was called Racing Fever and we were very lucky when the game sold very well and finally made it possible for us to start paying salaries to our team – and to hire a few more people.

When did the potential for mobile games become apparent to you?

But, in reality, it was the moment I saw the first iPhones.

What do you think is the most significant event in mobile gaming?

The emergence of user-friendly touch-based smartphones and app stores did two amazing things.

Firstly, touchscreens made the apps easy enough to use and, secondly, app stores not only made discovering apps easy for consumers, but also democratised the distribution of apps for developers.

I don’t exactly miss the old days when games were distributed via the carriers.

What are you most proud of? Any regrets?

I’m most proud of having been able to work with so many amazing people throughout these years – people who have built amazing games, and amazing game companies.

And no regrets, not my style.

Which mobile games have you most enjoyed recently?

Hard to say – there are so many great games out there. I really like some of these puzzle games that everyone seems to be playing these days, like Candy Crush and Jelly Splash.

I also love Puzzle & Dragons. I just wish I had time to play it more.

What are your predictions for the future of mobile games?

Games will get a lot more social. We are just scratching the surface of sociality in games, and we can do so much better there.

I am also sure we will see more console-like triple-A type of immersive experiences on tablet/mobile, even if they really aren’t my personal favorite.

In which area of the industry do you hope to make a difference in future?

When we founded Supercell, we had this vision that “the best people will make the best games”.

Simply put, we wanted to make Supercell the best home for the best developers and everyone who would support these developers to build the best possible games.

I believe we have a pretty unique culture and organizational model, which is all based on trust in the best people, giving them freedom to do what they do best, and getting rid of all the unnecessary processes, overhead, and management that everyone hates.

If in 20 years we can say that all of this is still true, then we have accomplished something great.

Of course, several people tell me that this is just a pipe dream, and that our vision of keeping the company free of all kind of bureaucracy is just idealism that will not work as we get more successful…

But we are on a mission to prove them wrong.(source:pocketgamer)