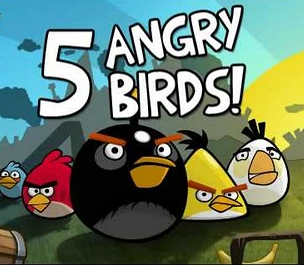 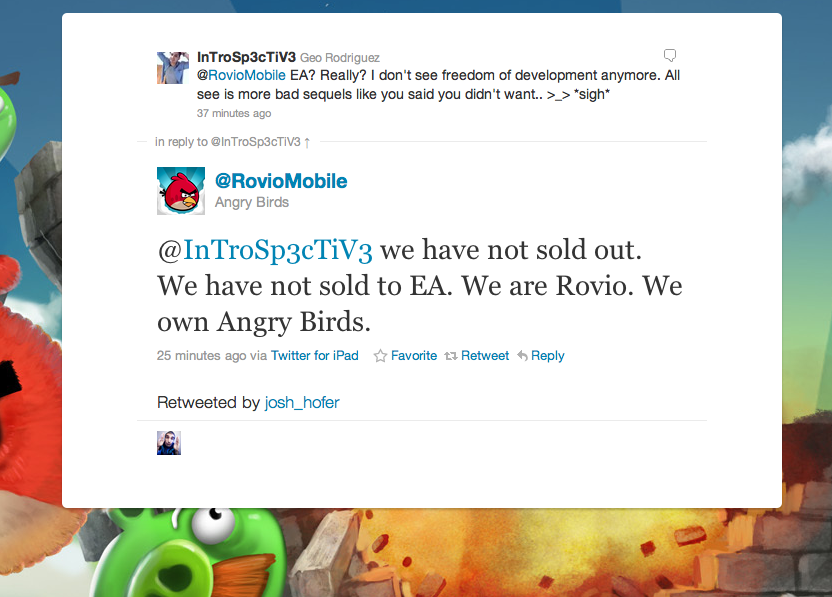 After some customer confusion regarding the $20 million cash sale of  games publisher Chillingo to Electronic Arts this morning, Angry Birds “Mighty Eagle” Peter Vesterbacka revealed to TechCrunch that the Rovio Mobile product relationship with the publisher did not evolve after the original publication of the iPhone and iPad games in December of 2009.

Vesterbacka told TechCrunch,”We only did the first iPad/iPhone integration with Chillingo and aside from that we’ve published everything ourselves. We will not use Chillingo again.”

Vesterbacka also added that the role of the publisher has diminished in modern game development; “You don’t need publishers.”

Rovio Mobile has self-published all their games since their deal with Chillingo, including Angry Birds on the Android, Angry Birds on Nokia, and Angry Birds Halloween (see video below), which by some amazing press luck launches in the App Store for North American users tonight at midnight.

The relationship between a games publisher and a game developer is similar to that of an author and a book publisher, and is usually dictated by a contract. According to Vesterbacka, the Angry Birds contract between Chillingo, which also publishes Cut The Rope, gave Rovio Mobile all IP rights to Angry Birds moving forward from the iPhone/iPad integration.

Angry Birds, which has sold 6.5 million copies in the App Store since its launch in December of 2009, will continue to remain an independent entity. And while IP licenses with the other Chillingo games are on a per contract basis, what Electronic Arts actually did gain in the Chillingo acquisition was soft access to under the radar games as well as Chillingo’s Crystal Social platform.（source：techcrunch）