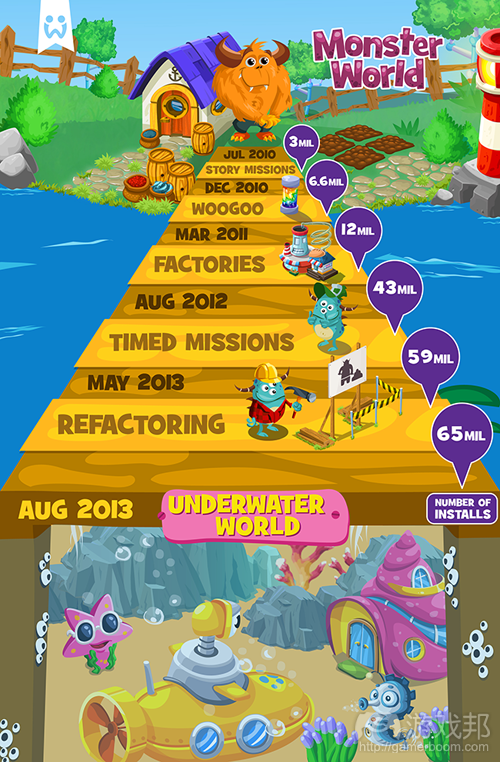 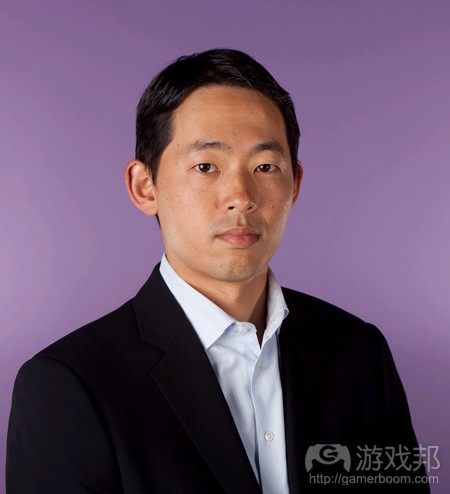 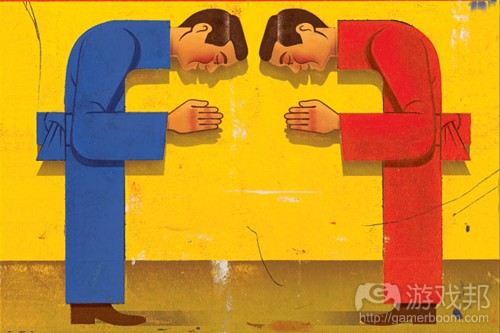 Three years after the launch of Monster World on Facebook, Wooga has taken a look back at its wildly successful farming game, releasing some stats and examining how the company has been able to retain such dedicated users three years after release.

Since launching in April 2010, Monster World has been installed by over 65 million players. The game still pulls in over 4.6 million monthly active users and 1.7 million daily active users, according to our app tracking service AppData.

In Monster World, players are asked to grow a variety of plants in a garden populated by monsters. As users plant new crops and level up, they’ll unlock additional gameplay options, plants and more, continuing the cycle of progression over the long term.

Wooga has released a variety of game-changing updates over the last three years, with each helping to sustain veteran players’ interest in the experience. In fact, over 1.1 million players have tended to their own gardens for over 200 hours each. Many players are just as interested in the social features in Monster World, as 535 players have more than 4,000 friends.

In July 2010, Wooga introduced story missions to give players a constant goal to push towards, aside from just planting and unlocking new crops. Factories and WooGoo came later, bringing a whole new layer of crafting to the game, accompanied by much deeper and complex story missions.

August 2012 saw the first of many timed missions released, focusing on the seasons of nature as players were introduced to a new character named Buzzy, and could achieve great progress by crafting the right things at the right time, depending on the season.

The most recent update is just as large, as Wooga has this month unveiled a brand new underwater environment in Monster World. As player’s visit Octi’s underwater garden, they’ll receive new crop spaces, new plants to grow and a variety of themed missions that Wooga is confident will keep the game pushing forward for at least another three years.

Monster World inventor Stephanie Kaiser attributes the game’s continued success to the monsters that inhabit the world. “They are the heart of the game,” says Kaiser. “While they are not important for the core game loop, they set the theme of the monsterish world, make it lovable and let our users smile every day over and over again.”

Monster World is available to play for free on Facebook. The game is supported via microtransactions, allowing users to purchase premium items in the store and expand their gardens, as examples. You can view a complete infographic of Monster World’s life on Facebook below.（source：insidesocialgames）

Rumours troubled social gaming giant Zynga would undertake a major round of restructuring have been confirmed by CEO Don Mattrick, with three high-end executives leaving their posts.

Zynga has published a letter – sent by Mattrick to employees – detailing the departures, with COO David Ko, CPO Colleen McCreary and CTO Cadir Lee leaving to “pursue other interests”.

“We are taking layers out of the executive rank to get senior leaders closer to important product initiatives,” detailed Mattrick in the letter.

“With that in mind, I have asked the leaders to sharpen their focus and properly densify talent to resource teams. These leaders will report to me and form our new executive team with immediate effect.”

Mattrick goes on to describe the departure of all three executives as the end of Zynga’s “first chapter”, though it would appear a fairly substantial amount of money was required to trigger the restructuring round.

That’s on top of “the equivalent of four months of his base salary plus an additional week of pay for each year (or partial year) of service”.

Nevertheless, it would appear Mattrick believes such an amount is a worthy price to pay to help “drive Zynga back to strong leadership.”

“We are now calibrating against the market opportunity and developing detailed plans to achieve topline growth and improve profitability in the future,” adds Mattrick.

“With the above in place, I believe that we will have the best chance to grow, build a world class executive team and culture, establish cadence and really become committed to important priorities and opportunities for our long term success.”

The executive departures come little over a week after Zynga announced the closure of four Facebook games “to make way for new and exciting gaming opportunities.”（source：pocketgamer）

Every once in a while, I am seeing alarmist tweets or reports that indicate the number of Facebook users in a certain territory has “dramatically dropped” in a very short period of time.

In the case of Japan, the last time this made the rounds in social media and elsewhere was in June this year (just one example).

But sorry, these reports – in all cases I remember in the last few years – have been total nonsense.

These numbers usually originate from Facebook’s self-service ad tool, which simply produces wildly inaccurate data from time to time. (To be fair, the tool says “estimated” when looking up the size of the audience in a country, for example.)

The tool has improved a lot over the last few years, but I remember it once indicated there are over 100,000 married 13-year old Japanese Facebook users when I looked deeper into the issue last year (and I saw more strange numbers like that at that time).

Now there are a few “social media info providers” that siphon off data from that tool and present that data in a more digestible way on their websites, i.e. via charts with timelines.

There is nothing wrong with that – but even if the tool produces said inaccurate numbers, they get posted on these websites and quickly make the rounds, especially if they are “spectacular” enough. (I must admit I also made the mistake of occasionally sharing that data here, around 2011.)

So given how unreliable data originating from Facebook’s ad tool can be, the only “safe” way is to share data coming from Facebook itself – and this is what I will do in the following:

What’s also interesting is that 72% of mobile Facebook users in Japan use the service daily, which is also much higher than the global average (57%).

On the business side, the Nikkei quoted Iwashita as saying that Facebook Japan will double its sales force over the next 12 months to boost the local ad business and also start advertising
the social network on TV in this country.（source：serkantoto）

4）Researchers break strategy game competition down to a science

Researchers at North Carolina State University claim to have devised a precise technique that can greatly increase player chances of winning in online team-based strategy games — and this research could be used to improve gameplay experiences.

The team says that through various analytics tools, it has managed to evaluate logs of player actions in games like Dota, Warcraft III and Starcraft II, to develop a specific set of rules that govern team gameplay strategies.

By looking at the way in which player attributes and stats change over time, the research team was able to pinpoint the optimal timing for upgrades and improvements, in order to raise the likelihood of team success.

The research papers contain extremely specific scenarios as examples, such as the claim that if a team in a game of Dota has amassed 59.7 more damage points than the opposing team by the
second quarter of a game, the first team has more than an 80 percent chance of winning.

And in another example, the researchers found that if a Starcraft II team is made up of Terrans and Zerg, its chances of winning the game are more than 70 percent from the get-go if the

Using this data, the research team has devised optimal gameplay approaches that greatly raise a team’s chances of winning. Dr. David Roberts, co-author on the papers, says that this research could potentially help game developers to fine-tune their strategy titles.

“We’re currently working to use these findings to develop visualization tools that let players know how they are doing in real-time, relative to the strategies we know are predictive of success,” Roberts adds.（source：gamasutra）