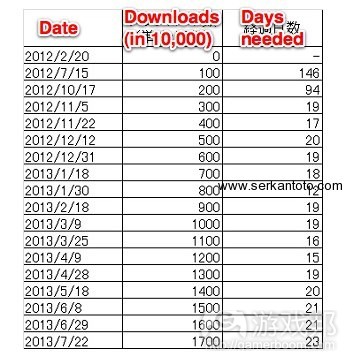 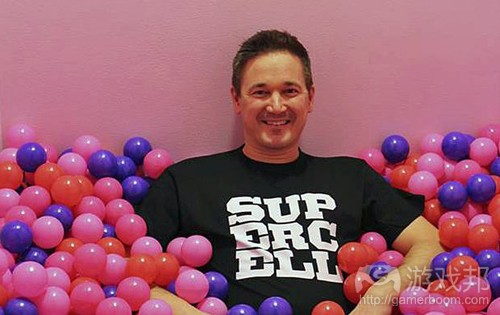 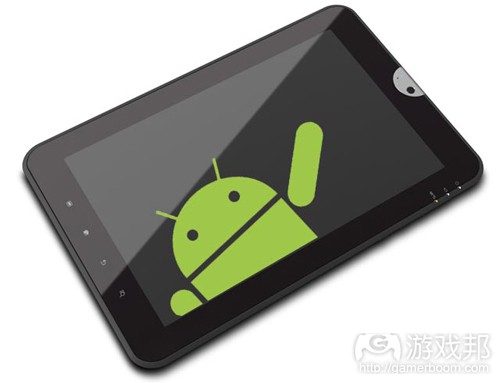 In conjunction with the ChinaJoy 2013 conference in Shanghai, new figures have been released about the size of its mobile games market.

According to the China Gaming Industry Report, the number of mobile gamers in the country is up 119 percent year-on-year to 171 million.

In terms of revenue, the first six months of 2013 have seen total mobile game sales of RMB 2.5 billion (around $412 million).

While mobile games’ share of the entire Chinese games market – which is dominated by PC/online games – is small, it’s growing fast.

The China Gaming Industry Report reckoned mobile games now account for 7.5 percent of the total Chinese games market, up from 5.1 percent in 2012.

But while the sector as a whole is booming, times aren’t necessarily easy for developers.

The amount of competition in the market is so extreme that the majority of companies will fail, LineKong CEO Wang Feng told the China Digital Entertainment Congress.

Shanda CEO Xiangdong Zhang said Chinese developers need to up the quality of their games if they are to succeed, especially in global markets.

He also argued there needs to be a better balance of risk and reward between developers and the big platforms and distribution stores that dominate China’s Android-focused mobile game market.

“The developer takes too much risk, but the platform companies have a smaller risk, so there is a conflict between them,” he commented.（source：pocketgamer）

2）Puzzle & Dragons Now At 17 Million Registered Users In Japan, But Growth Has Slowed Down

The number only includes Japanese users, across the App Store, Google Play, and the Kindle.

Just like earlier this month, when the game hit 16 million players, the number of downloads in North America was not disclosed (the game is also out in Korea, where it’s doing really well).

But there is one difference: this is the first time since October 2012 (when TV advertising for the title started) that it took Puzzle & Dragons more than 21 days to grow by a million users – 23 days, to be precise.

Japanese website Social Game Info has posted this handy chart, which shows how Puzzle & Dragons has done after launch on February 20, 2012 on iOS in Japan:（source：serkantoto）

“The huge irony here is that if the monetization is not your number one priority, that actually leads to better monetization.”

There’s been plenty of back-and-forth between free-to-play studios in the games industry in recent months, regarding how important it is to focus on properly monetizing your game. Paananen recently talked to Gamasutra about how his Clash of Clans studio goes about the monetization strategies for its games.

Talking to the Guardian this week, Paananen explained, “When you prioritize engagement and retention – making a great game that people play often and want to play for a long time – they are happy to pay. We want to design games that people can theoretically play for years.”

Monetization should come as a result of focusing on creating engaging content first, he argues, not the other way around.

“There was a time, especially in the social games industry, where people thought you could create great games based on a spreadsheet: that creativity and design wouldn’t really matter,
because it was all about some maths,” he added.

“Games are still a form of art, not a form of science. You can’t design fun on a spreadsheet. And if you want to make an industry for the long-term, if you can’t create fun games, there’s
no future.”（source：gamasutra）

And tablet browsing is closing the gap on 44 per cent.

Mobile web specialist Netbiscuits HAS monitored all traffic hitting its Cloud Platform to see what devices are most used, finding that the top ten only account for 48 per cent of total global traffic.

In a recent survey, Netbiscuits discovered that more than 60 per cent of people think that improving the online experience on smartphones was a high priority, and 44 per cent for tablets,
as revealed in the Netbiscuits Web Trends Report.

Mobile data has doubled in the first quarter compared to the year before, whilst mobile subscribers reached 6.4 billion, which is the equivalent to nine subscriptions for every ten people
in the world.

This data gathered from the Netbiscuits Cloud Platform gathering information from over one billion hits showed that it is becoming increasing important for web owners and marketers to
address any issues with the user experience provided by their mobile sites.（source：mobile-ent）

Watch out iPad, Android tablets could catch up faster than you think.

Google just announced at a press event this morning that Android tablets have reached 70 million activations. Additionally, Android and Chrome head Sundar Pichai noted a remarkable figure: One in every two tablets sold worldwide are based on Android.

At the event today, which was originally pitched as a breakfast with Pichai, Google also officially announced the new Nexus 7 tablet. Pichai also pointed out that tablet sales should surpass personal computer sales by the end of the year (based on data from IDC, Google, and Gartner.) Not surprisingly, he says tablets have become a much bigger priority for the Android team.

Below, check out a chart detailing Android tablet activations. It’s worth paying attention to the noticeable bump that begins in the middle of 2012, which coincides with the launch of the
original Nexus 7. In comparison, Apple has sold more than 170 million iPads since its debut in 2010.（source：venturebeat）

For the second major Android event in a row, Google is expanding the features it is offering to gamers and game developer on its mobile operating system.

At a Google “breakfast press conference” today, the company introduced a hub for its Play Game Services in the form of a new native Android app.

The software will focus on enabling players to manage games on their Android devices. Play Games will help gamers quickly find and launch software and find and compete with their friends.

It also centralizes and surfaces leaderboards, achievements, and multiplayer features for any game using the Google Play Game services.

Google Play Games is available to download today from the Play marketplace.

The app also uses Google+ integration to help players keep up with their friends. Gamers can quickly check what others are playing and check where they are on the leaderboards. Google Play
product manager Ellie Powers showed off a feature where she clicked on her friends profile and saw some of the games he’s played recently. This should aid developers with discovery since players can quickly click through on a game to download it if they don’t have it yet.

Google first introduced its Play Games Services at its I/O event in May. It’s a solution for developers to add cloud saves, leaderboards, multiplayer, and more to games on Android, PC, and
even iOS. The company obviously sees a need to expand the presence of games on the Android platform. Smartphone and tablet users download more games than any other kind of app. They also spend more money in games than any other kind of app. Google wants game developers to feel welcome on Android.

While Google Play Games doesn’t make it any easier to port games to Android, it certainly might entice some iOS developer to adopt Google Play Games since it works on iOS, Android, Windows Phone, and BlackBerry OS.（source：venturebeat）