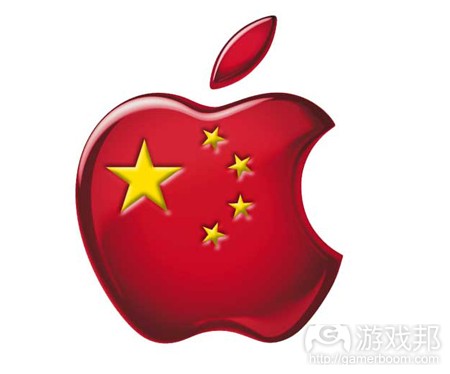 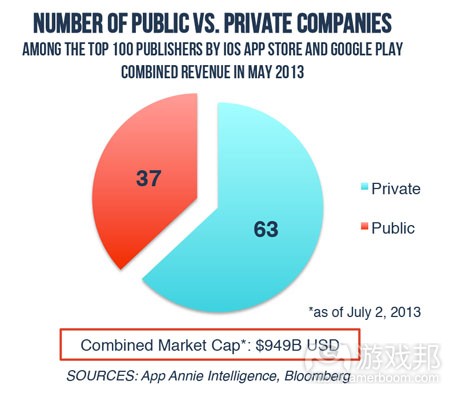 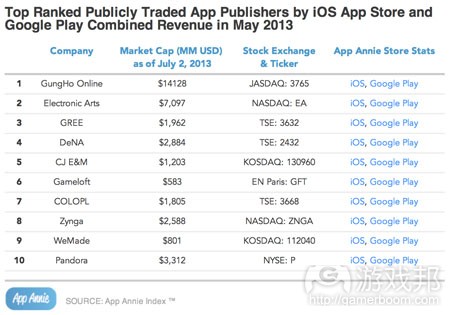 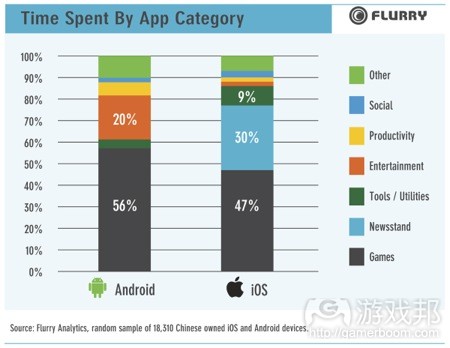 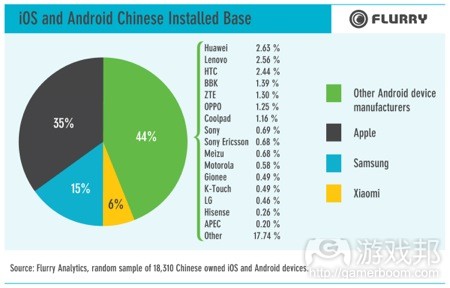 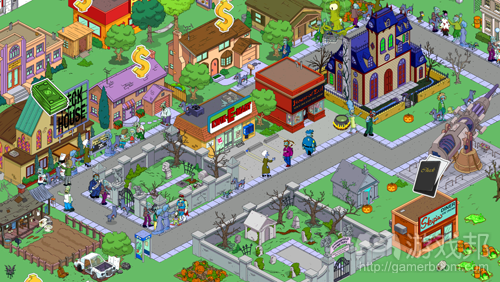 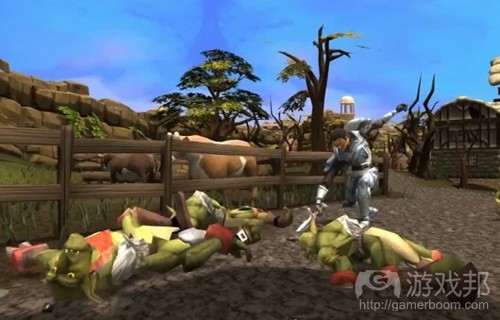 The company said it sold 31.2 million iPhones for the quarter ended June 30, up from 26 million for the same quarter a year ago.

If you want to make a comparison to, say, the leading dedicated games handheld Nintendo 3DS, that has sold 31 million worldwide through March this year, since its launch in 2011. (Of
course, the 3DS is a dedicated handheld game console, not a multifunctional game-capable smartphone — but it’s worth the sidenote.)

Apple posted quarterly revenue of $35.3 billion (up slightly $35 billion for the comparable quarter a year ago), and quarterly net profit of $6.9 billion (down from $8.8 billion a year
ago).（source：gamasutra）

Apple is doing well in China despite that sales were down this past quarter, CEO Tim Cook said today in the company’s third-quarter earnings call.

“Let’s put it in perspective,” Cook told analysts and investors. “Our revenues there were $4.9 billion for the quarter … which is 14 percent of the company. A few years ago that was hundreds of millions – we’ve grown our business significantly.”

Over the last 12 months, Cook also said, Apple has sold $27 billion worth of product in China.

China has been a tough market for Apple in the past half year in some ways. The Chinese government has targeted Apple for warranty differences between China and the rest of the world, which Cook had to issue a public apology for. But China, which is home to almost half of all Apple’s suppliers, is also a massive opportunity for the company, and it saw $8.8 billion in sales
there in the previous quarter.

But one other really good sign for Apple is the number of iOS developers in the country.

That’s probably the most in any country, as the U.S. has only about 300,000 developers. And it bodes well for China-specific and Chinese-language apps in the future, which should help build the company’s ecosystem and grow device sales in the future.

“In the arc of time,” Cook said in his very philosophical way, “China is a huge opportunity. I don’t get discouraged over a 90-day cycle.”（source：venturebeat）

3）Chart of the Week: 37% of top app publishers have already floated

You might think that given the performance of Zynga and Facebook’s shares, tech IPOs have fallen out of favour.

That’s not according to rumours from companies such as Rovio, Kabam and King, however, all of which are said to be exploring the possibility.

And if you take a global view – as demonstrated by App Annie – there are plenty of publicly-owned games companies who are currently performing very well.

It’s pointed out that of the top 100 publishers on the App Store and Google Play, 37 percent are already publicly-owned.

If you combine all those market capitalisations, the total comes out as a massive $949 billion, although that includes many companies for which app revenue is a minority of their overall sales.

Top of the list (see below) is Japanese outfit GungHo Online, which thanks to its highly illiquid shares, is now worth over $14 billion.

4）Think you can ignore China? 261 million active smartphones and tablets suggests not

Consumers in China have purchased a full 24 percent of all the connected devices available across the globe.

That’s according to a new report published by analytics specialist Flurry, with the firm claiming there are more than 260 million active smartphones and tablets across the country.

That’s a figure that’s up a whopping 423 percent from the 50 million Flurry believes were in China back in 2010.

Indeed, by Flurry’s reckoning, such a number puts China ahead of the United States as the country with the largest installed base of connected devices.

Flurry’s figures also suggest time spent on smartphones and tablets is monopolised by gaming, accounting for 56 percent of the minutes and hours Chinese consumers spend on Android devices and 47 percent of the time amassed on iOS.

Intriguingly, this indicates that the typical connected Chinese consumer is more interested in gaming than their US counterparts.

Earlier this year, Flurry found that the average US consumer spent roughly 32 percent of their time gaming, with Facebook activity not too far behind at 18 percent.

But who is leading the charge in the smartphone race in the region? Flurry notes that one of the biggest players in China is home-grown Android manufacturer Xiaomi.

While Apple and Samsung are still jockeying for control of the Chinese consumer market – commanding respective shares of 35 and 15 percent – Xiaomi is growing strong at 6 percent, with a reported revenue of $2 billion for the first half of 2013.

“It will be interesting to see if Xiaomi can continue to gain share in China – possibly by mopping up share from smaller manufacturers of Android devices – and also if they can begin making gains in other markets outside of China to become more of a global player,” detailed Flurry’s Mary Ellen Gordon.

“With rumours of a Xiaomi tablet circulating, we will also be watching to see if their entry into the tablet market will increase the use of Android tablets in China.”（source：pocketgamer）

The mobile-based future is here, and publisher Electronic Arts is reaping the rewards. EA reported today that it made more money through Apple’s App Store than any other retail distributor. That includes its own Origin digital-download service.

“Our quarter was notable was for its strong digital sales,” EA chief operating officer Peter Moore said in a conference call with investors. “To that end, Apple was EA’s biggest retail partner as measured by sales. That is a first.”

EA pointed out a few well-performing mobile games that include The Simpsons: Tapped Out, Real Racing 3, and The Sims Freeplay.

The Simpsons: Tapped Out had its biggest quarter ever. It launched in August, but it made more money in the three-month period ending June 30 than in any other quarter. Real Racing 3 also
to generate revenue for the publisher. The racing game reached 45 million downloads and averages around 2 million daily active users. In Q1, The Sims Freeplay was among the highest-grossing games on iPad, according to Moore.

Electronic Arts made a total of $90 million on smartphones and tablets, but it didn’t define how much of that came from iOS and how much came from Android.

This is a big moment for EA. The publisher is obviously finding success on mobile. It was the top publisher on Apple’s App Store in terms of downloads, and it’s likely going to commit even more resources to mobile especially as smartphones begin finding a market in emerging markets around the world.（source：venturebeat）

Over 2,000 cows go to that big green pasture in the digital sky every minute in RuneScape 3, the free-to-play massively multiplayer online role-playing game from U.K. publisher and developer Jagex. That’s a lot of burgers — 3.5 million per minute, according to a recently released infographic.

Now that the latest chapter of the game has officially launched, Jagex is sharing some statistics from the franchise’s 12-year history. People have created more than 220 million player accounts since RuneScape first launched in 2001, the publisher says. Players kill an estimated 208 bosses, earn more than 307,000,000 experience points, and craft nearly 62,000 weapons per minute.

On the technical side, Jagex claims RuneScape 3 uses about 60GB of bandwidth a second. It also has over 4.8 million words of text available in five languages: English, French, German,

The launch of RuneScape 3 kicks off the “Battle of Lumbridge” event, which features player-driven dynamic content in which two factions compete to collect “divine tears” for renown.

In addition to the new content, the update includes a new interface system and audio and camera improvements.（source：venturebeat）

Many Windows Phone developers have been without up to date app download statistics for well over a month, with Microsoft claiming its Dev Center is currently suffering “issues”.

The data blackout, which is also impacting app rankings, was first acknowledged by the US giant on the Windows Phone Dev Center forums back at the start of June.

According to one developer who contacted us, however, it’s an issue that’s yet to be fully resolved.

“[Our] Windows Phone download statistics haven’t been updated in a week now – I guess it varies a bit from developer to developer,” the developer, who wished to remain anonymous, told us via email.

“We, for example, have seen download numbers from 16 July, but nothing since then.”

The developer in question noted that, on the surface, it’s “not the greatest of issues”, but it has the potential to leave developers behind recently released apps or games high and dry, with studios unaware as to how their titles are performing.

For Microsoft’s part, the firm followed up with a post in mid-July confirming that “engineering has started to roll out a fix for this issue”, adding that developers should expect to see reporting data processed shortly.

It would appear, however, that it’s something of a staggered solution, with our anonymous developer still without download statistics at the time of writing.

Indeed, comments on the forum posted a matter of hours ago suggest that developers aplenty are yet to be party to a fix, with one member informing Microsoft that developers are “paying customers”, defining the issue as “nothing short of gross negligence.”

So, what’s the reason behind the data blackout?

Given it comes at the same time as Apple admitted its own Developer Portal had been hacked, our anonymous source speculated that Microsoft too may have been the victim of an outside attack, which would explain the delay in finding a solution.

“It’s a bit ironic Microsoft tweeted ‘Hey iOS developers, come check our working developer tools’ a few days ago when iTunes was down due to the hacking thing,” detailed our developer.

“I actually wouldn’t be surprised if this issue is due to some hacking thing too.”

We’ve reached out to Microsoft for its take on the download statistics blackout.（source：pocketgamer）