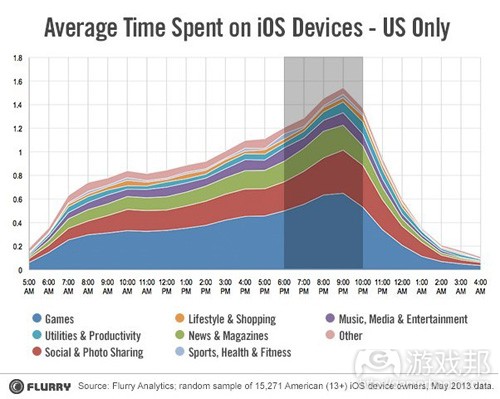 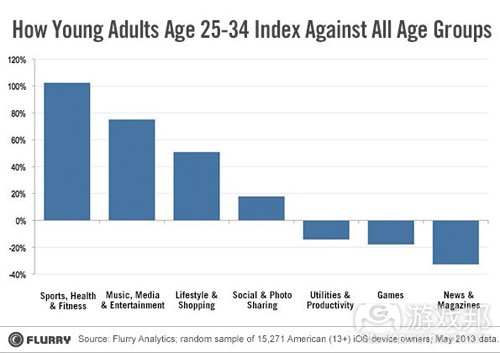 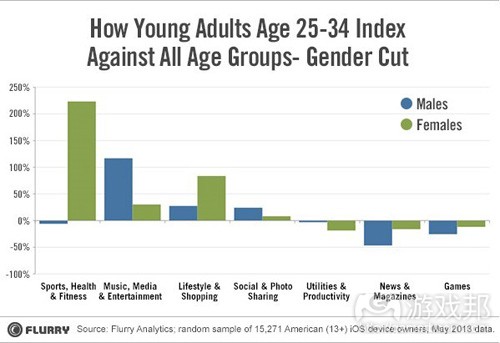 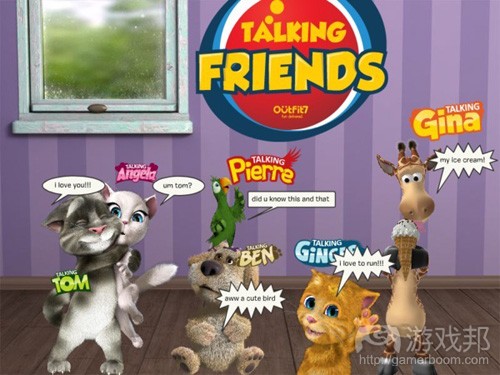 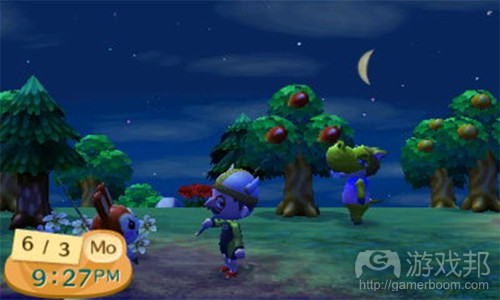 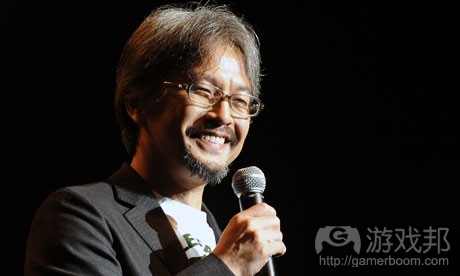 1）Welcome to the world of the American mobile consumer

App usage increases throughout the day and gaming is not a priority.

There is not much that we do these days without using our phone, even briefly. Whether that be playing games, listening to music, taking photos, shopping or even booking holidays – and

that’s all before making a phone call or sending a text.

With the way things are it wouldn’t be a surprise if the majority of people who own smartphone or tablet couldn’t imagine their lives without it constantly at reaching distance. It appears

that we have become addicted to having this technology and its immediacy in the palm of our hand as an extra limb.

Flurry’s look into the day-to-day life of a US adult mobile consumer finds app usage increases throughout the day and peaks in the evening, as opposed to TV which remains at a low all day

until it takes a dramatic rise later on in the day.

This could force media planners to change their perspective to change their TV and entertainment focus towards app marketing, as consumers are accessing media all day long and expect a

Surprisingly mobile gaming, although one of the most profitable areas of the smartphone universe, has proved to be one of three areas we use our devices least for. It has even come in

behind sports, health & fitness and shopping, which along with lifestyle activities, are highly used around the clock with little change depending on the time of day.

Specifying the users even further and dividing by sex, young adults aged between 25-34 use their devices most for sports, health and fitness and almost least for games, with more females

making use of mobile gaming than males.

It is also females within this age range that use sports, health and fitness to the extreme of 200 per cent more than the rest of the population, whereas males in general sidle more towards

There are easily more than a billion active devices worldwide, and this is only the early days of the smartphone revolution. To put this in better perspective, the kind of technology we use

on a daily basis regarding smartphones now didn’t even exist three years ago, so we can only imagine what leaps it will take in the years to come.

The analytics company says it reckons many things will change over the next few years, predicting that mobile devices will eventually become even more a part of the fabric of society

compared to how they are now.

This undoubtedly puts pressure on marketers, advertisers and other media outlets to better embrace the on-coming tsunami of mobile technology advances, before they rapidly find themselves

2）Mobile marketplace: Apple to allow developers to sell on their apps

For the first time since the marketplace launched in 2008, Apple is to provide an official means for app developers to sell their titles on to other outfits.

The new policy, detailed in a message pushed out to registered developers, will allow the transfer of ownership of an app from one developer to another, with user reviews, ratings,

leaderboards and updates all remaining intact.

Previously, apps could only be moved to an upgraded company account, meaning there was no way for developers to sell an app on to a third party without the app in question having to be

Such a process means existing consumers are left with an old version of the app and may not be aware of the new release.

Such an ineloquent solution meant many developers looking for an exit strategy were forced to stand by their releases. The rule change, however, could spark a period of trading that sees a

number of apps change hands and, longterm, could change the nature of business on the App Store.

Big brands swooping in to buy apps and games that, with a slight retooling, could help them connect with consumers could become commonplace, with the App Store acting as a digital Dragon’s

Den – apps on the App Store acting as demonstrable pitches to potential buyers.（source：pocketgamer）http://www.pocketgamer.biz/r/PG.Biz/App+Store/news.asp?c=51552

Talking Tom has been an interactive app hit since its launch in 2010 receiving over 170 million monthly active users. Tom’s chatty companions have been featured on ABC’s Modern Family and

Login, founder of Outfit7 said: “When Talking Tom first entered the entertainment arena our goal was to provide laughs, fun and upbeat interactivity. It’s humbling, yet thrilling to see how loved Talking Tom and his growing family have become around the world.”

Since Tom’s solo debut, he has built up a loveable group of two and three-legged companions, building a portfolio of two dozen Talking Friends apps between them.

The app has evolved from simple imitating software to full on gesture recognition capabilities with Tom’s girlfriend ‘chat with Angela’ and Talking Angela, in which she is able to recognise when the user is nodding, shaking their head, yawning, smiling or sticking out their tongue.

A later addition to the family was Ginger and the app Ginger’s Birthday, which introduced an educational element to its interactivity focusing on hygiene and healthy dieting.

The educational concept will be carried over to a new app with Tom being rolled out this summer. This will apparently be a ‘multi-level game concept’ which aims to teach users about responsibility, relationships and long-term commitment.

That’ll be good for those of us that have problems with these issues, now we can get a cat to give us life lessons…

Talking Tom and all the Talking Friends apps are available for all iOS and Android devices.（source：mobile-ent）

LOS ANGELES — You might think that Animal Crossing designer Katsuya Eguchi might take some inspiration from the massive market of casual games that have sprung up since his series first debuted in 2001. Maybe he plays developer Zynga’s FarmVille game to see why it is so popular with the casual audience.

Well, he didn’t. In fact, when I interviewed Eguchi and asked him what he thinks about games like FarmVille, he had no idea what I was talking about.

“What is FarmVille?” he asked me through a translator.

I explained the basic concept to him, but it didn’t jog his memory.

Animal Crossing is a life-sim game where characters make friends and do chores. It attracts a lot of casual players, especially in Japan. Eguchi agreed that Animal Crossing is great for casual fans, but he also thinks it reaches a wider audience than that.

“If by casual game you mean something that anyone can sit back, enjoy, and have fun with — then yes, I would call it a casual game,” said Eguchi. “But it has even deeper aspects that more traditional gamers can latch on to as well. If you’re a traditional gamer, and you want to have a bit of a different experience with Animal Crossing, there are paths that are a little more severe.”（source：venturebeat）

5）Google pockets over half of mobile web ad revenue

It has been estimated that Google has taken home $4.61 billion of the $8.8bn fortune that advertisers worldwide spent on mobile internet ads last year. This thrust the company to consume nearly one-third of all digital ad dollars spent globally.

Additionally, this year’s mobile ad revenues for the search engine are set to increase a further 92.1 per cent to $8.85bn.

Previously eMarketer covered UK and US revenues for certain companies and worldwide revenues for Facebook, Twitter and LinkedIn.

Facebook, which had no mobile revenue in 2011 whatsoever, made nearly half a billion dollars and is predicted to increase by more than 333 per cent in 2013. This would account for 12.9 per cent of the global net mobile ad market.

eMarketer estimates that Google will forge ahead as the largest beneficiary of digital ad spending worldwide, taking into consideration that it earned $32.73bn (31.4 per cent) of the total worldwide digital ad spend in 2012.

Even though Google and Facebook are dominating the market, the more revenue pocketed means the harder it is to increase revenue at a faster rate. Twitter for example – even though its digital ad revenue is rather low – will post the fastest growth rate with a 102.2 per cent increase expected this after a 106.7 per cent increase in 2012.

It is apparent that the leaders in this sector will continue to dominate the market, however eMarketer believes that as there is room for growth within the mobile ad world, there is definite space for other players to join and possibly take a significant slice of the mob-ad pie.（source：mobile-ent）

With the console transition and changing markets at the forefront of this year’s E3, it’s little wonder that some developers are becoming more candid about the state of the industry. While

“If I continue making remakes, I feel like I won’t grow,” Aonuma tells Engadget. “I certainly hear the thoughts of fans. The impressions of fans that maybe it’s getting a bit stale… [But] if we change it too much, I’m also concerned people will say, ‘Okay, is it no longer Zelda.”

According to Aonuma, a lot of it comes down to Nintendo’s “antiquated” way of thinking.

The way we make games is we’re very careful. We’re very thorough. We’re very detailed. We take a long time analyzing the different parts of a game… almost to our detriment. Almost too careful. I think the need is there for us to make decisions more quickly, weigh the risks [and] see what the payoff is.

With regards to Aonuma’s two upcoming Zelda projects, Wind Waker HD and A Link Between Worlds, Aonuma says he is looking to provide “new ways to play.”

“I want to give the player more freedom,” he says. “I want them to be able to explore more.”（source：gamasutra）