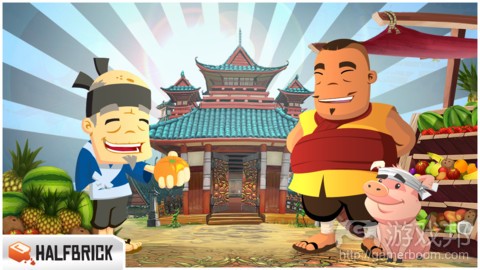 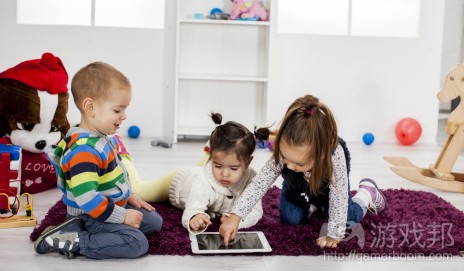 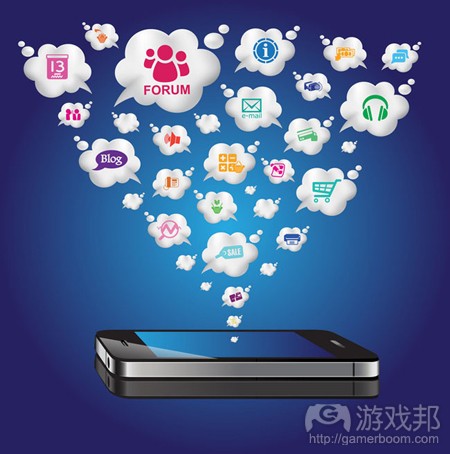 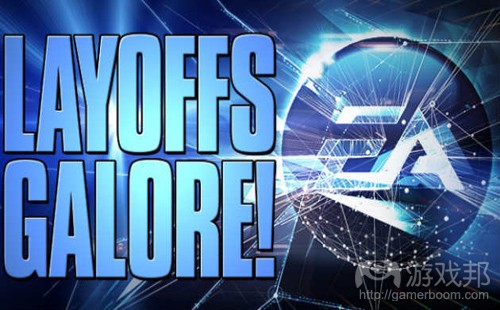 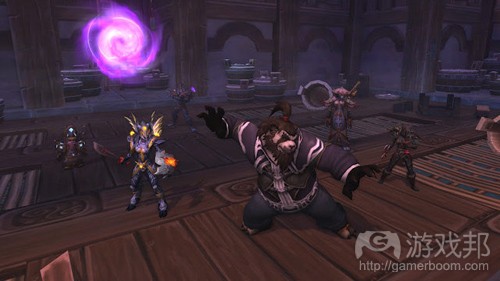 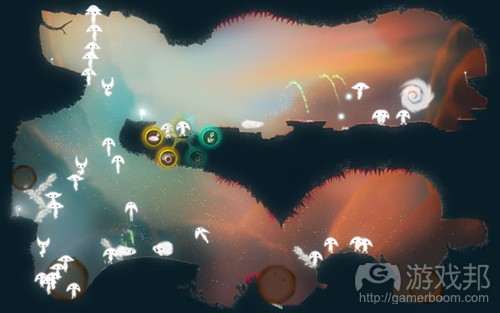 Halfbrick’s Fruit Ninja has been downloaded over 500 million times globally.

And over 200 million of those have happened in China.

It’s a figure that’s generates around 50 million monthly active users in the country.

That’s according to Halfbrick’s chief marketing officer Phil Larsen, who’s been talking at the Global Mobile Internet Conference in Beijing.

Halfbrick works with local Chinese publisher iDreamsky to get its games onto the key operator app stores and local Android markets.

Of course, as many companies have found, strong downloads in China don’t equate to western-levels of monetisation.

Halfbrick is looking to roll out specific content for its Chinese players, however, with special themes and weapons being released next month.

A third of parents have now started hiding their smartphones and tablets. Presumably the rest of them have hidden their children.

More and more children access technology from an early age, with parents surrendering their smartphones and tablets to pacify their offspring. However, the trend means parents often experience bill shock, and the Office of Fair Trading is currently investigating the freemium app space to determine if the marketing is misleading kids.

Microsoft has now conducted a survey with UK parents to find that they’ve spent an average of an extra £341 on their smartphone and tablet bills. This comes as their kids have made unauthorised app and in-app purchases, totalling over £30 million nationwide.

The data, of course, is Microsoft’s way of making parents aware they can control bill shock with Windows Phone 8. Its Kid’s Corner feature allows parents to control what their children can and can’t access, with Jessica Alba demonstrating the tech at launch.

14 per cent of bill shock victims were concerned they couldn’t afford to pay their increased fee, while 34 per cent of parents now hide their mobiles from their kids. Surprisingly, 17 per cent share their smartphone and tablet passwords with their children, and 23.5 per cent don’t have a security password at all.

For parents suffering unauthorised purchases, eight-year-olds are running up the largest app costs at around £59.99, while 36 per cent of kids aged four and under have made purchases
without permission.

The data also shows that kids spend around three hours and 21 minutes a week playing mobile games and apps, while one in ten parents allow them to access whatever they like. Social media
accounts are also being accessed, with 27 per cent of youngsters updating a parent’s Facebook status and 20 per cent posting a tweet. More worryingly still, ten per cent have posted an
offensive comment about their parent’s boss.

Brett Siddons, head of consumer marketing for Windows Phone UK, said:  “Our research reveals parents are worried about the impact of app and in-app purchases on their bills and we understand the stress this can cause.

“With technology becoming more and more intuitive, it’s important that parents can trust in the technology they use and feel as safe as possible when handing over their smartphone and
tablet devices to their children.”

Mobile content revenues are set to cross $40 billion this year and rise to $65 billion by 2016, according to new data from Juniper Research.

The analyst says the surge will be driven by tablet owners purchasing an increasing number of games, videos and eBooks for their devices, and a rising demand for direct operator billing initiatives on smartphones.

eBooks account for the largest revenue stream on tablets, with Amazon, Nook and Kobo book store apps performing as well as versions on standalone eReaders.

That said, there is a rise in the adoption of paid and free video apps, with music and video now accounting for almost half of all revenues, while gaming is set to migrate to tablets and away from traditional handheld games devices like the Nintendo 3DS and the Sony PS Vita.

“Our cost reduction plans will reduce our overall headcount by approximately 10 percent.”

An EA source previously declined to confirm for Gamasutra the actual numbers involved in its layoffs, but did state that the 10 percent figure was likely overinflated. However, it appears that number was correct.

A 10 percent headcount reduction would place the number of laid off employees at around 900. Yesterday’s conference call to investors did not go into specifics of which areas of EA will be
and have already been most dramatically affected by the layoffs, although we know EA’s Montreal branch has already been hit hard.（source：gamasutra）

World of Warcraft is still the top subscription-based massively multiplayer online game in the world. But it has a bit of a leak.

Publisher Activision Blizzard revealed the fantasy role-playing title lost 1.3 million players in the first quarter of 2013. The game is still at 8 million subscribers, but that is significantly lower than its peak of 10 million subscribers.

“During the quarter, Blizzard’s World of Warcraft remained the No. 1 subscription-based MMORPG in the world, with more than eight million subscribers, although the game saw declines of
approximately 1.3 million subscribers, mainly from the East but in the West as well,” Activision chief executive officer Bobby Kotick said to investors during the company’s quarterly financial report.

The World of Warcraft is one of the very few MMOs that’s sustained its subscription model. Even major competition from Electronic Arts in the form of Star Wars: The Old Republic had to shift to a free-to-play model in order to keep people playing. That game has around 1.5 million free players and around 500,000 monthly subscribers.

“The subscriber declines in our World of Warcraft business [raises] concerns, as do continued challenges in the global economy,” said Kotick. “For these reasons, we remain cautious [about Activision's future].”（source：venturebeat）

6）Porting to Android pays off nicely for another indie dev

Independent developer Spaces of Play released its action-puzzle game Spirits onto the iPad in 2010. Since then, it’s been ported to a number of different platforms, with varying commercial success.

In a new blog post, “Spirits by the Numbers”, Spaces of Play provides readers with a specific breakdown of its revenue-to-date, and challenges some assumptions.

Spirits drew the bulk of its sales from its native iPad market (28.3 percent), with an additional 10.5 percent from iPhone sales. More significantly, its second largest market is Google Play, with 21.2 percent of sales.

“The saying that Android is not worth developing for compared to iOS does not seem to be true anymore,” says Spaces of Play.

For Spirits, Steam sales accounted for only approximately 11 percent of Spirits’ revenue. “Steam is a tale others have told before: Sale promotions make the majority of the revenue.

However, nowadays a sale without any kind of feature can go very much unnoticed in the vast sea of great (indie) games available,” says Spaces of Play. “It’s great to have your game on

Steam to reach core gamers, but with 11.4 percent of the revenue it was not make-or-break for us.”

Overall, the game has generated roughly $366,000 to date, after platform-holder takes. “With our revenue being spread relatively evenly among different platforms, going multiplatform was a strategy that worked well for us,” says Spaces of Play. “The distribution of revenue amongst platforms looks different for every game, but we hope that sharing our numbers will give you at least one data point that might help you decide which platforms you should put your effort into.” （source：gamasutra）