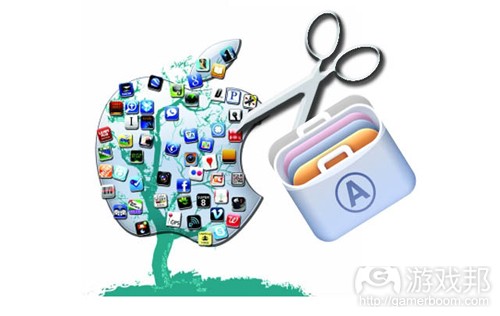 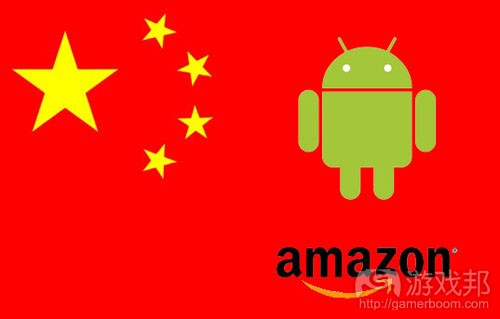 4）据gamezebo报道，PopCap最近通过Facebook页面发布预告视频，宣布将于今年7月推出《植物大战僵尸》续作《Plants vs. Zombies 2: It’s About Time》。 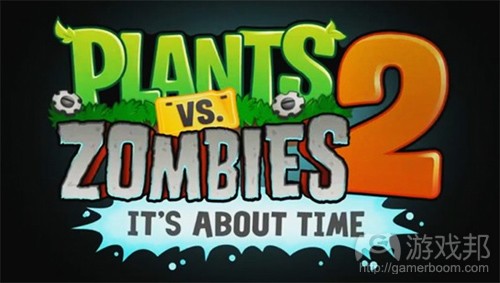 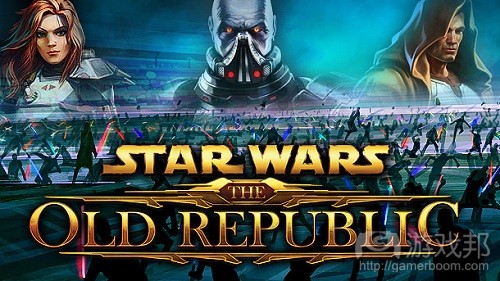 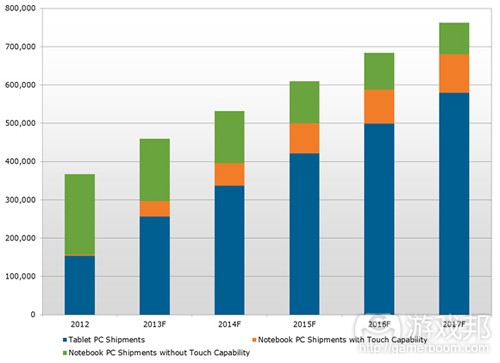 As per usual, the Android OS was the top smartphone platform with 52 percent market share, down 1.4 percent. Apple’s platform share rose once again, increasing 2.7 percent to 39 percent.

Apple has begun clamping down on third-party tools that allow users to recommend apps to their friends, with releases equipped with an app search facility also now prohibited.

No official announcement has been made, but PocketGamer.biz understands that apps are now liable to be rejected if they feature “filtering, bookmarking, searching, or sharing recommendations.”

We’ve been contacted by one developer whose app discovery tool has recently been blocked by Apple because it includes such features, with App Store regulation 2.25 – which restricts apps that could be confused by consumers as app stores in their own right – cited within the reasoning.

As a result, it appears Apple has stretched the remit of 2.25 to cover sharing via email or social networks. The ability to search the App Store within third-party apps also now seems to be restricted.

It’s a move that, in theory at least, threatens scores of titles already active within Apple’s ecosystem – and, for the first time, not just those engaged in pure app discovery, either.

“Our app is primarily focused on sharing recommendations to your friends,” the developer, who wished to remain anonymous, told us.

“I have not seen this rejection notice before and believe that it is a new one. We thought that basing our recommendations on sharing was suitable for Apple, as it had previously stated that if you bake in social or local into your app discovery, you would be fine.

“However, either we are not social enough, or Apple is going back on its position. Either way, it appears the scope of 2.25 continues to grow and I think they aim to be the only provider of
recommendations for apps, along with being the distributor.”（source：pocketgamer）

As Amazon prepares to go global with its Android Appstore, the company made a huge step into the Chinese market over the weekend, launching its paid and free app online store in the country.

The online store originally launched two years ago in the U.S. and later expanded to Europe. This expansion to China is part of the company’s worldwide plans.

Notably, Amazon potentially has the upperhand over Google, as the latter’s Play Store only features free apps and games in China.

Amazon is now the first Western technology company to directly offer paid Android apps in China, notes Reuters, although it will still have to compete with hundreds of other local app distribution companies.

The company says that it is working with software developers to increase the number of apps and games available via its Appstore in China.

It feels like I’ve been waiting four whole years for a proper sequel to my favorite plant-themed strategy game, Plants vs. Zombies. Oh wait a minute, that’s because it has been four whole years since the original Plants vs. Zombies was first released on PC and Mac platforms back in 2009. Rumors began circulating early this year that the sequel would come with the subheading “Garden Warfare,” but the lack of any real confirmation from the zombies themselves left many of us fans thinking: what’s taking so long PopCap?!

This is why it is so deliciously fitting that PopCap has officially named the long-awaited sequel Plants vs. Zombies 2: It’s About Time. And no, that isn’t a tongue-in-cheek joke here:

this is actually going to be the name of the new game. As part of today’s big unveiling, PopCap has posted a funny announcement video on their Facebook page, which showcases many internet goers and PvZ fans asking that same burning question: where the heck is Plants vs. Zombies 2?

Plants vs. Zombies 2: It’s About Time will be released in July 2013, right in the middle of summer, when our sunflowers and pea shooters are sure to be in full bloom. That release is getting closer by the second, and luckily we still have this month’s Plants vs. Zombies Adventures to meet our daily dose of Crazy Dave while we wait.（source：gamezebo）

EA has signed what it calls a “new multi-year exclusive licensing agreement” with Disney to make new games based on the Star Wars characters and storylines.

But while EA gets the ability to make what is referred to titles for the “core gaming audience, spanning all interactive platforms and the most popular game genres”, Disney is retaining “certain rights” for mobile, social, tablet and online games.

EA said that its team at BioWare will continue to develop Star Wars games (it previously developed Star Wars: The Old Republic), while DICE in Sweden and Visceral in California will also work on new games.

It doesn’t appear that EA has access to direct licences for the forthcoming Star Wars films, due from 2015 however.

“This agreement demonstrates our commitment to creating quality game experiences that drive the popularity of the Star Wars franchise for years to come,” said John Pleasants, co-president of Disney Interactive.

“Collaborating with one of the world’s premier game developers will allow us to bring an amazing portfolio of new Star Wars titles to our fans around the world.”

“The new experiences we create may borrow from films, but the games will be entirely original with all new stories and gameplay.”（source：pocketgamer）

NPD’s latest report suggests that tablet shipments will grow 67 percent this year to 256.5 million and will reach a massive 579.4 million in 2017. In contrast, laptop or notebook PCs will decline 10 percent over the same period, dropping from 203.3 million to 183.3 million.（source：venturebeat）